It was Eric’s 10th birthday. Like every year he had received several gifts; a play station, a pretty blue toy plane and an exquisite toy car along with many other gifts such as clothes and a few books too.

But those expensive gifts did not bring him happiness, as expected. He knew he wanted something different and had planned to ask his father for that ‘something’.

Eric recalled that eventful day when he was sitting outside Joyo’s enclosure and the Vicious Volly, alias the Beast, who had not been locked in properly, had crawled towards the boy, ready to make a feast out of him.

Joyo, alert as always, had lunged towards the Beast in a smooth motion to strike him at the right moment, causing the netting between them to rustle vigorously. Eric by that time had jumped to his feet and rushed to alert a worker who then ushered the Vicious Volly back into his enclosure.

That day, Eric knew, he owed his life to Joyo for the croc had saved him. When he said ‘Thank you’ to Joyo, he could see that’s-what-friends-do look in the croc’s eyes. Eric felt he was indebted to Joyo and deemed it as his duty to give him the best life possible.

Thus, on his birthday, Eric asked his father, Mr.Thomas for an unusual gift.

He said, “Daddy, I do not want the gifts you have brought.”

Mr.Thomas surprised at his son’s unexpected reaction, paused to think for a moment and said, “Then what is it that you want, dear? I can buy you a bigger toy plane or perhaps another expensive toy car too.”

“No…No…I do not want anything else but Joyo; the new croc on your farm as a ‘pet’. You can take back all the gifts that you have brought but please, please get me Joyo”, Eric finished in a single breath before letting out a pretended sob.

Now, this birthday wish was impossible to fulfill. Well, it was obviously difficult to agree to keep a huge reptile as a ‘pet’ at home! But Mr.Thomas could not disappoint ‘the apple of this eye’ on his birthday. He could endure anything else but could not bear to see the sadness on his son’s face.

Here, the tears in Eric’s eyes had made the ‘impossible’ possible.

So, finally, Eric was told that keeping Joyo at home was impossible but he was promised that his ‘favourite’ pet would never be sold off like others. Also he would be given ‘special’ status and Eric could meet him as and when he desired.

Very soon, Mr Thomas moved Joyo to a new enclosure. Again it was Eric who noticed that Joyo was not happy. Sensitive as he was, Eric felt it was because alone. Thus, he once again appealed with his father to shift Draco, who had been with Joyo in his enclosure right since he had been brought on the farm.

And little Eric was right!

With passing time, the bond of friendship between Joyo and Eric grew stronger. Mr.Thomas was aware of his son’s little excursions to the crocodile enclosure to see his friend. He did not approve of it though, in fact had little choice to deny.

Mr.Thomas would often wonder what happiness did Eric get by merely sitting close to Joyo. He could visibly notice that both were content in each other’s company. Actually, he didn’t mind it because what mattered to him the most was his son’s happiness. But, what he didn’t know was that it was because of Joyo that his son was alive!

One morning, Joyo was lost in deep thoughts. He had observed that the crocodile farm had flood gates close to Vicious Volly’s enclosure. These would be left open only during monsoon and they were wide enough for any crocodile to wriggle through and swim out into the open river.

“Those gates are probably the gates to our freedom,” Joyo thought.

He was even more perplexed now. He said to Draco, “Don’t you ever long to be free? Ever since I have come here, I have noticed that you are okay being here. One dreaded day, if you are taken away to be sold off, would you be relaxed even then?”

Draco felt guilty. It was not that he didn’t want to be back home, but somehow he had given up that dream and accepted his situation as his destiny.

He replied with a sad expression, “Yes, I’m aware of that route. But by the time I tracked it, I had lost my agility due to lack of exercise and even if I would make it to the flood gates, I had become too fat to wriggle out. Now, I have lost complete hope. Also, didn’t I tell you about the Beast who is ready to strike those who tried the stunt?”

Joyo persisted, “Don’t give up so easily. Why don’t we try to escape now? Our route to freedom is just beyond the next enclosure. Of course we need to plan for it. But isn’t it is worth trying? Later, you should not regret that you didn’t even attempt.”

Over the next weeks, Joyo and Draco spent time in planning ‘the escape’ in detail.

Their new enclosure was next to Vicious Volly and their cages shared a rusted iron bar wall which would give away any moment it rained a heavy downpour. So at the appropriate moment all they had to do was push the rusted bars; enter the Beast’s cage and dash past him. But he was quick and cruel too. Thus they needed to chalk out a perfect plan before its execution.

As a part of their strategy, they reduced their diet, spent hours improving their agility, especially Draco who had become extra heavy due to obvious reasons. The brothers would thus eat less and intentionally feed their meal to the Beast who would be more than happy to relish it! They also observed that he walked limply which was due to an old bullet wound on his hind legs. Secretly, Joyo felt that feeding him extra meals would probably help them later .

Draco kept a watch on the work pattern of the farm employees. The time they arrived to clean and feed the crocs, the number of persons employed and much more.

They also felt the monsoon, which was expected to arrive in a few months, would be the best time for their escape. For over three months, the crocodile brothers had been meticulously planning their ‘great escape’.

Their long wait was finally over. The rains had arrived!

On one such night, the workers left for the day after giving them their feed. The two brothers ate a little as usual and then waited for the ‘right’ moment. It was raining cats and dogs! Slowly, Draco crawled near the wire mesh that separated Volly’s enclosure from theirs and peered through it only to find him tucking into his hearty meal. It would, hopefully, be ages till he noticed any intruders in his pen. The brothers took turns gently rocking the flimsy wire mesh till it was loose enough for them to push it and move under the cover of darkness. They quietly slipped into their enemy’s territory. Joyo whispered, “Brother, you go first. I can slip through the gap faster than you can; so if things turn ugly I can fend off Vicious Volly."

Just then, they heard a loud bellow from behind. The beast had unexpectedly finished his feast early. In a crude voice, he thundered, “Why are you here? I do not welcome visitors. Don’t you know that? But now that you are here, let me treat myself to a nice fight.”Saying this, he lunged at them. Joyo was prepared for this. He shouted to Draco, “Brother! Run…run and escape fast …I can surely hold him off for a while.” Draco nodded reluctantly and sped out through the iron gate. A fierce fight ensued between the two; none less than the other.

Meanwhile, hearing the commotion, Eric and Mr Thomas who were on their routine night stroll, came rushing to the spot with torches in their hands. They saw Joyo battling the Vicious Volly and Draco making an escape through the flood gates.

Eric’s father raised an alarm but the workers had left for the day. He turned to Eric and said, “Keep an eye on these crocodiles till I get my gun!” Eric stood there…nonplussed, not knowing what to do until his father returned with a tranquilizer dart gun to capture the runaways.

Mr.Thomas said, “Hey Eric, today is a golden chance to hunt and polish your aiming skills. Don’t waste time. Just take an aim now! Look how your Joyo is trying to hurt Volly. Isn’t he the same Joyo whom you were trying to protect? He helped Draco escape too. If he stays alive, all other inhabitants on this farm might rebel against us. Think…think… Eric this farm belongs to us. Do u want to lose your rights over it? Kill Joyo, KILL THE REBEL…SHOOT NOW….!”

Eric stood there listening without reacting. He quietly aimed the tranquilizer gun towards the crocodiles. His fingers trembled and his adrenaline pumped furiously. He was good at taking a perfect aim and now he could not afford to miss his ‘target’. Mr.Thomas knew his trick had worked. He was successful in turning his son against his ‘pet’. He always felt that he would make a good earning out of Joyo and Draco but could not do so because of the promise made to Eric.

“Ziiip…”went the dart and hit Vicious Volly. At that very moment Joyo too, hit Volly hit him hard.

Yes, Eric had made a choice. He had adhered to the rules of friendship by protecting Joyo.

Mr.Thomas was furious by then. He snatched the gun from Eric and took an aim at the rebel, Joyo. Eric could no longer stay quiet. He shouted, “No father. Not today. Your son is alive because of him. If you love me, then let him go. Let Joyo free.”

And Eric narrated how Joyo had saved him from the ‘Beast’. Mr.Thomas was stumped. He refused to believe what he had heard at that moment but he knew Eric would never lie to him.

Joyo rushed to the flood gates where Draco was waiting for him.

For the last time he saw Eric and the love that he had in his eyes which said what friends do! 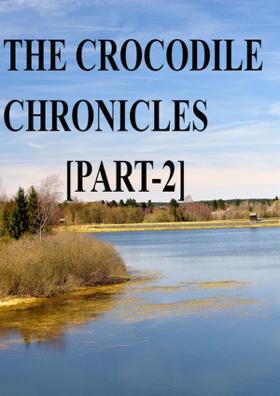