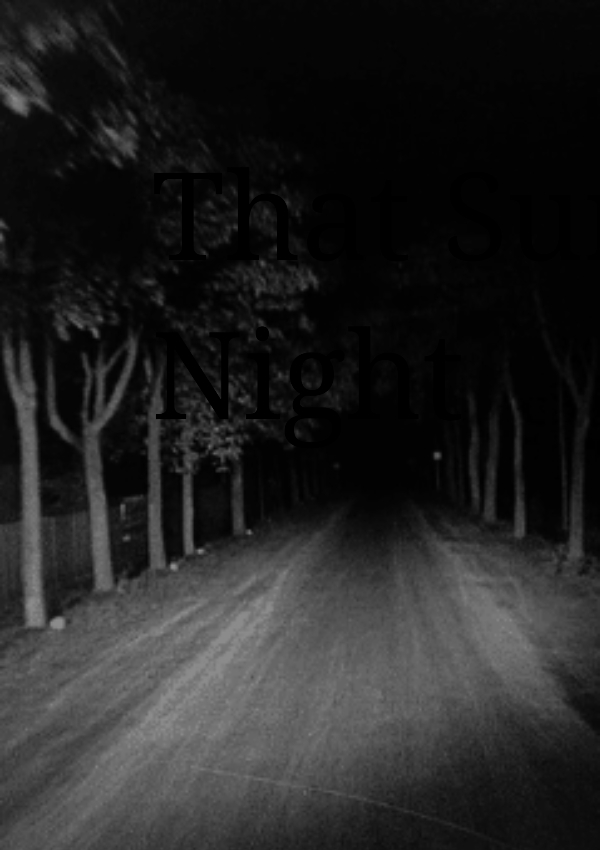 It was the night of July 2008. A rainfall evening was very usual in Bangalore. It was raining that night when I started at the office very late. 2008, the year I would love bikes more than girls, the year I would wonder if getting married would be better than the best life I had as a bachelor. Bangalore still had some byways( roads usually are taken by very few people)  used as shortcuts for late-night traveling software engineers.

The road I used to take was a byway through a narrow lane had very few vehicles that day as it was raining heavily. I was feeling safe until I found the bikes following me took a different narrow lane and disappeared. I was holding my breath and driving faster as I could only hear the sound of the rain and wind passing by my bike and nothing else. I thought of taking a detour. However, I held myself tight to the fuel tank of my pulsar and accelerate. i

I was whisking away when I heard someone crying softly from my back. I ignored, drove faster with fear, and after a hundred yards thought of going back. Applied brake unknowingly, moved back, and saw her standing in a yellow jacket and could hear her sobbing from just a few yards distance. My heart was pounding like a hammer, I had my drenched body standing in front of me and was shivering. I got down off my bike as if it was throwing me to a graveyard. Many stories I vaguely remembered on ghosts ran through my mind. Neither I was able to hold my courage to go back nor ignore her. To further my fear, I could see only her yellow raincoat and I was wondering if she would have a face or the dim street lamp has lesser wavelength for, her brightness. I gathered courage and turned my headlamp towards her and called, " Wannnn..a..a pickup. May...I..he..lp...u".

I could not hear anything, it may be the rain meeked her sound or I was too far from her. The blinking street lamp, rumbling thunder, and lightning were aggravating my fear. I cleared my throat, gathered my roaring voice and with I-am-already-dead fearful blind courage I shouted at her " May I help you" and assembled my broken body with earth collapsing fear this time. I discovered myself in the middle. Middle of the road between my bike headlamp and the yellow visible scary coat. Neither I could cry nor have amassed my courage to go slap that sobbing girl. Suddenly I felt a force of time and my horrible dramatic situation and ran with closed eyes and stunned to discover myself just in front of her. I had no clue how my moving feet dead stopped just a hand stretch distance from her. I did not have a disc brake like my bike, but I stopped. I did not have the stamina of a cheetah, but I ran as fast. My heart had a temporary death. I suspended my fear and a sudden lightening flashed on her and that sobbing and soft cry had no effect too. It was exactly the same decibel as it was when I was yards away. The flash had surprised me even more. I was sweating in the drenched body. The yellow jacket I thought, I had seen was just a worn-out yellow tent on a small concrete pillar draped to give it a shape of a girl seeking help in the dark night. I was even more scared of the sound I was constantly hearing and was not even distancing. I had no bound to my fear and I started running with eyes closed, hopping like a ghost on trees and stopped myself at the paan(betel) shop which was almost a kilometer away. The shop was closed and I waved my hand on Whitefield artery road and finally got somebody to help me out of my situation. It was my lie to him to fix my bike and how I had been stranded only for my bike. I pillioned his bike, was confident that he will hear the same voice for help. We stopped at my bike and he kickstarted. Oops, it started to no surprise. There was no voice except the fluttering of that distancing yellow tent while we both turned our bikes.

The next morning when I enquired curiously, the paanwala fondly told about a recent suicide of a young girl in the nearby village, Nalurhalli. Some said about the Indane gas station nearby produces such weird sound. I could correlate the voice to my girlfriend's sobbing on my shoulder the same evening when I was dropping her at her PG. She was cursing me she would scare me as a ghost if I betray her.

I laughed and accelerated in fear when I biked past the tent on the same road to the office...It was a day in 2008.