Sequel To The Haughty King

Sequel To The Haughty King

Sequel 1 to The Haughty King

After Sylvie became The Queen, things started to function normally in the forest. Next few months nothing extra-ordinary happened, but routine things like schools, hospitals, police and markets functioned well. Sylvie Swan did not like silks; so all animals had to hide away all their silks and wear cotton. Though the animals knew that Sylvie was looking after the kingdom well, yet some animals secretly started to complain among themselves that they missed silks and parties.

Sylvie, however, was indebted to Pelly Pelican, as Pelly had done a great service to Sylvie once. It so happened that Bunny rabbit, who was working under Pelly Pelican, reached late at a meeting with a group of dogs who had come from abroad. Pelly upbraided Bunny badly, abused and insulted her. Bunny apologized and said that she had to take an injured neighbour to the hospital in an emergency and that is why she was late. But Pelly would not listen and continued to loudly insult Bunny. Bunny could not take this and complained of Pelly’s behaviour to the Queen. Queen Sylvie Swan listened to Bunny patiently. But she did not reprimand Pelly after that. Bunny and her friends felt let down by Sylvie’s conduct. Further, Pelly acted smug, as if saying to Bunny, see it’s no use complaining, nobody can harm me.

Pelly’s sworn enemy was Robbie Racoon Dog. He had left the forest after a quarrel with Pelly. Robbie wanted to see Pelly humiliated. In fact, whenever he called, wrote to or met any animal from the forest, Robbie swore to them that he would get Pelly and Sylvie as well for being Pelly’s friend. Robbie encouraged a group of rogue foxes he knew from outside the forest to commit a theft at the Forest University where Pelly worked. The foxes broke into the lab after drugging the security and damaged the equipment. The rogues also broke the glass of the Duckling and Gosling Girls hostel. Though nobody was harmed and not much loss had happened it created quite a stir in the Forest that such a secure area had been broken into. Parents of the ducklings sent a complaint to the Gary Giant Tortoise, the Guru of the Forest Kingdom, deep in meditation high up in the Himalayas.

The Giant Tortoise disturbed from his meditation viewed the theft seriously. Gaby Giant tortoise did not want the Forest Kingdom to be looked upon as an unsafe place by everybody. He thought Pelly was somehow to be blamed for the Theft and banished Pelly. He wasn’t too polite to Swan as well. Swan felt let down after all the hard work she had put in, she left the forest in a huff.

To my information, Sylvie Swan had a beautiful collection of gems and she herself was a beautiful bird. And nobody would say she did not have a heart. She must have lived a good life somewhere after leaving the forest. Still, it is my guess, it is her treasures of the heart that fell a little short, if she had accumulated a little more of treasures of the heart, she would not be so disenchanted. And the Forest kingdom would not have to go through more hardships in the days to come.

Sequel 2 to The Haughty King

After Sylvie Swan left Gaby Giant Tortoise made a South American Macaw, Misty, who had once lived in the Forest, the King and retired to the Himalayas.

The wobbly wild cat had been in the Forest sometime now. He had gelled quite well with King Raven, though he was not as much of a favourite as Charlie Chameleon. Wobbly had frequent disagreements with Queen Sylvie. With her now gone, he did not have much to do. Wobbly looked after the Postal Services of the Forest and since now people hardly wrote letters, he did not have much work. Wobbly liked to be important and animals to listen to him. He was thinking a lot now about how he could appear important in the forest. He decided befriending the new King Misty Macaw may be one good way to achieve importance.

The Macaw was not too sure that he could run the jungle without some help, so he was glad of the friendship. They went together all over the place. Wobbly cat advised Misty Macaw that the problem with this Forest were the rules. They stifled creativity. Wobbly said we should encourage all animals to think freely and do what they desired. So Misty Macaw started this campaign ‘Think Free, Live with Glee’ among the Forest folk. The animals obeyed, the birds walked instead of flying, the tigers began taking flying lessons, Misty Macaw on the advice of Wobbly cat declared the expenses for tigers to learn flying from the foxes would be paid by The King from the royal treasury. The Forest hospital would treat the injured tigers free of charge. Nobody stopped new animals from coming to live into the forest, because they had stopped following the rules and all new things were welcome. A large pack of city rats came and settled in the Jungle. They found food plentiful as they ate the birds as these were now walking on the forest floor. They dug up the roots of the trees as well, which they loved. Many trees withered away. The City rats were a dirty lot and soon the beautiful jungle was dug up and there were piles of dirt around. Nobody stopped the rats as the Forest guards and police had orders to let everybody do what they want.

Soon the jungle did not remain the place it was. It ceased to be the green lung for the world that it was supposed to be. Animals were sick and frightened. Most of the trees dried. Young birds who had the potential to make the place beautiful left the jungle. No one could trust anything. Misty Macaw was forlorn, something in him stirred and he felt he had to mend things but he did not know what.

The Oldie Owl was very old in the Jungle, he was the same whoever came or went and nobody disturbed him either. He went about doing his job of counting the trees and taking them down in his huge register. He felt sad at what was going on but continued to do his work. Softy sparrow who worked under the Owl was also as hard-working. She cleaned up diligently the watering area where the animals came to drink water and laid whatever fruits were available along the place for a hungry traveller of an animal.

One day, a little swallow, Serene, landed on the giant banyan at the centre of the Forest. Serene was happy to get the tree to land on after her long journey and for the bits of fruits left by Softy sparrow. Serene had been in some pretty bad places, but had not given up the habit of smiling. She thought the place looked odd but thought she might jolly well stay on.

Misty Macaw had called Oldie owl and Softy sparrow to the Banyan tree for a meeting. He was seeking their help on what could be done for the Forest. The wobbly wild cat had also been called but he told Misty Macaw that he was busy in his den drawing up a grand revival plan for the Jungle so he will not be able to join. Misty Macaw heard the happy song of Serene Swallow from a branch nearby, something he had almost forgotten. Misty asked Serene to join them. He asked her how she could be so happy. Serene said she knew there was always a way out, so she was never unhappy. Misty Macaw liked talking to Serene. Though he was not sure how Serene could help him he told her of the problems they were facing in the Forest Kingdom. I am too small a bird to solve the problems of a big kingdom, said Serene, but, if you like, I will be around and work for you. I will do whatever little jobs you ask me to. Misty Macaw agreed.

The next day when they met they cleaned up the place around the tree. The rats did not like clean places so they did not come around the tree. Serene Swallow sang a nice song for the others after work and it made the others feel better. Slowly Misty started to have some plans; he called for Wobbly Wild Cat and Charlie Chameleon. He asked them firm briefs to go out and speak to the animals in all parts of jungle- no talking in the air, he said, tell all animals to go back to their houses and jobs and note down everybody’s pressing problems and bring back to me. The swallow worked hard making the tree nicer place, gave a helping hand to the owl and the sparrow, the Macaw King liked to discuss with the swallow whatever news was brought to him. Swallow was very encouraging on every bit of good news and whenever new trouble was reported she said that a solution would be found if we just put our mind to it and somehow they did find solutions. The Macaw gave up the fear of being labelled a loser and contacted the Giant Tortoise with the state of things. The Tortoise was sympathetic and helped with suggestions and some resources as well.

Sometime hence the people in the city near the Jungle started to feel a whiff of fresh air and the pollution levels seem to go down, they concluded definitely something good was happening in the Jungle. The four became very good friends encouraging each other. The wild cat and the Chameleon were no longer so wayward and started to think before they spoke. More and more animals came and joined in the happiness circle. Some did not, however, and made fun of them and there was still a lot of work to be done. But for the time being the Jungle Kingdom looked like a place an animal would want to make his home.

So the story of the Jungle Kingdom continues as real stories do, as there is never an end really, only a pause. So we will pause to admire the beautiful day that has come up today and enjoy with our friends. 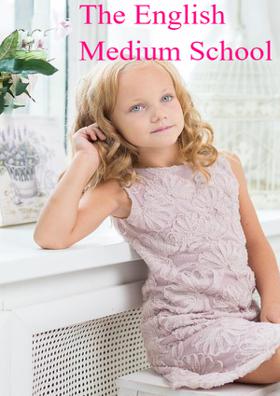 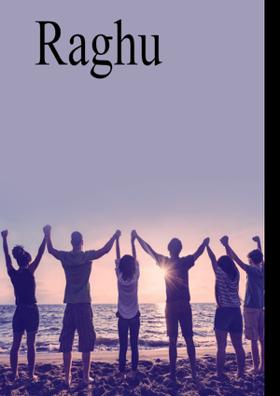