The old man took a nap under the banyan tree after a heavy lunch. He was woken up by the noise of children playing cricket. The old man took a stroll and walked towards the forest . He often liked the music the jungle created from rustling of trees, humming of bees, splash of water, birds and their twitter. As he went inside the dense forest. The forest grew darker and darker. The light of the sun grew dimmer as the sun was setting and the forest had thick tall sky scrapping trees. The old man wasnt afraid. He was calm and composed. He was lost in his thoughts.

Then all of a sudden there came a demon which lived inside a hollow tree trunk. The demon had an evil look with thick curly hair, long canine teeth and red tongue. His eyes almost popped out of his socket. He nails resembled claws of any wild animal. He wore tiger skin to cover his torso. He had hair all over his body.
The old did not react tothe demons encounter. The demon was anxious and asked the old man ," Who are you ? What brings you here in the middle of dense forest at his hour?"
The old man replied, " I am just an old man from the village Kurubarhalli. I am just taking a stroll here. "
As the old man spoke, the demon's stomach grumbled and he hadn't eaten a human from a very long time. The demons tongue drooled and he sharpened his nails.
But the old man's fearless attitude had disturbed the demon. He wanted to give his prey a good chase. So demon said, " Well thanks for coming. RUN FOR YOUR LIFE cause I will eat you up. HAHAHA..." laughed the hungry demon. The old man, still calm to the demon' surprise and said, " I can't run. My feet are too tired. And why do you want to eat all bones and no flesh human. I am sure you would want a heavy dinner before you hibernate."
The demon from being anxious to perplexed. For minute he thought the old man is right. His appetite has reduced after he realised the old man is too skinny for is tastes. Now the demon seemed to like the old man. He wanted to know what is secret of his fearlessness. And the old man said, " Oh demon, I told you, I am an ordinary man.
These old eyes has seen life so much, little joys, little sorrows. A common man doesnt fear failures as every point of time. We see there are always better than us. We see that no matter how we live here on earth. We are burried in the same ground.

These old eyes has seen life so much there is no good , there is no evil. The so called good usually becomes evil to destroy evil. They know that friend or foe is not the person but the situation.

These old eyes has seen life so much that fear nothing.
They have seen that a common man has nothing to fear, Not even death as death is inevitable. So I am not afraid. " 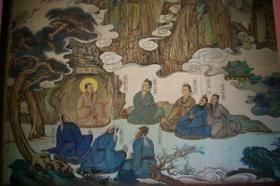 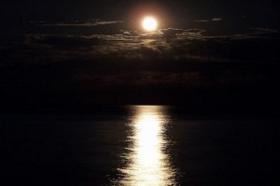 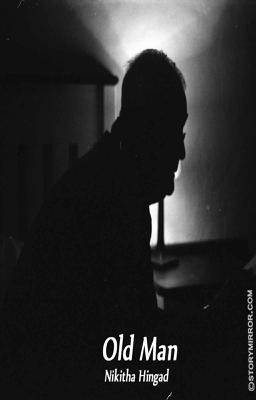