M.A. Bulgakov wrote his masterpiece The Master & Margarita for twelve long years. He began writing it in 1928 and completed in 1940.

Bulgakov worked on this luminous book through one of the darkest decades of the last century. His last revisions were dictated to his wife a few weeks before his death in 1940 at the age of forty-nine.

For him, there was never any question of publishing the novel. The mere existence of the manuscript, had it come to the knowledge of Stalin’s NKVD, would almost certainly have led to the permanent disappearance of its author. Yet the book was of great importance to him, and he clearly believed that a time would come when it could be published.

Another twenty-six years had to pass before the events bore out that belief and Bulgakov’s The Master & Margarita, by what seems a surprising oversight in Soviet literary politics, finally appeared in print. The effect was electrifying.

The monthly magazine Moskva, otherwise a cautious and quiet publication, carried the first part of The Master & Margarita in its November 1966 issue. Around 150, 000 copies were sold out within hours. In the weeks that followed, group readings were held, people meeting each other would quote and compare favorite passages, there was talk of little else. Certain sentences from the novel immediately became proverbial. The very language of the novel was a contradiction of everything wooden, official, imposed. It was a joy to speak.

What surprised people more was the total ignorance about the existence of the manuscript. Only a very small group was aware of it, otherwise, it was thought that virtually all of Bulgakov had found its way into print. And here was not some minor literary remains but a major novel, the author’s crowning work.

Then there were the qualities of the novel itself…its formal originality, its devastating satire of Soviet life, and of Soviet literary life in particular, its portrayal of Jesus Christ and Pontius Pilate, not to mention Satan. But above all, the novel breathed an air of freedom, artistic and spiritual, which had become rare indeed, not only in Soviet Russia. We sense it in the special tone of Bulgakov’s writing, a combination of laughter (satire, caricature, buffoonery) and the most unguarded vulnerability. Two aphorisms detachable from the noel suggest something of the complex nature of this freedom and how it may have struck the novel’s first readers. One of the much-quoted – ‘Manuscripts don’t burn’, which seems to express an absolute trust in the triumph of poetry, imagination, the free word over terror, oppression, and could thus become a watchword of the intelligentsia. The second aphorism – ‘cowardice is the most terrible of vices’ – which is repeated with slight variations several times in the novel.

The novel was published when after the period of ‘THAW’, which followed Stalin’s death; another ‘FREEZE’ was coming. The publication of the novel happened like a miracle.

Only a handful of people have been able to translate this complex novel, not because of the level of difficulty it posed to them, but because of something supernatural attached to it. No decent film could be made so far in the novel, though there are reports that Hollywood is making a film on the novel.

There are a couple of films too based on the novel, but they seem like a very abridged version of the ten-part teleserial directed by Bartko.

In this paper, I intend to speak briefly about the Hindi translation and the above mentioned English translation of The Master & Margarita and the teleserial.

As far as the contents are concerned, both the translators have been truly honest. As for the style, the English version has not been able to generate different styles for the three different storylines. But it can be considered as the best of all translations.

The Hindi translator has tried to translate the content and the style of the original, but this (1998) publication had many typographical errors, sometimes even the sentences seemed incomplete and some omissions too were noticed here and there. The text was thoroughly revised later and a new, revised edition has come out in 2010(exactly 12 years after the first translation….interestingly, the same amount of time was taken by Bulgakov to give a final version of his masterpiece!).

The English translator has provided chapter wise notes to many names, terms and has decoded quite a few sentences, but sometimes these explanations take the readers to a different track.

The Hindi translation doesn’t give any such information.

Both the translators do not seem to have any problem in translating the culture-specific items. Both of them have succeeded in making things quite comprehensible to the readers.

An interesting thing with the English translation is that it has given the translations of two surnames: Ivan Bezdomnyi is written everywhere as Ivan Homeless and the Centurian of Pontius Pilate, Mark Krisoboi, is mentioned as Mark Ratslayer. But in other cases, the surnames are retained as they appear in the original.

The Hindi version does not translate surnames, though when Ivan is first introduced to the readers, the translator says Ivan used to write poetry with nickname Bezdomnyi (Beghar).

Both translations have quite succeeded in conveying the satire and humor of the original and could easily be considered as literary creations.

But when we come to the transcreation of The Master & Margarita, several things seem jarring.

Firstly, the linear progression of events had to be reshuffled. The events in the novel follow a certain pattern, but here, the characters, the events from later chapters are introduced in the opening part of the serial. Sometimes, an even wrong interpretation of events is observed. Many descriptions and the author’s monologues have been converted into dialogues, which seemed necessary for the script.

The director has succeeded in creating beautifully the atmosphere of fear, horror, mystery, and fantasy. The scenes depicting Margarita’s conversion into a witch and her flight are superb.

But the most unpleasant thing is the choice of a few characters and their depiction, which doesn’t always synchronize with the author’s description. I shall mention only four of them: Berlioz, Pontius Pilate, Yeshua, and Woland.

Let us have a look at the description of Berlioz: “At the hour of the hot spring sunset, two citizens appeared at the Patriarch's Ponds. One of them, approximately forty years old, dressed in a grey summer suit, was short, dark-haired, plump, bald, and carried his respectable fedora hat in his hand. His neatly shaven face was adorned with black horn-rimmed glasses of supernatural size.” The description creates the impression of a well to do, lively, happy, carefree person. One who enjoys the power. Now, let’s have a look at Berlioz in the serial. This Berlioz looks more like a worried and tensed man, no intelligence; no cunningness is reflected on his face.

Bulgakov depicts Woland like this: he was short, had gold teeth, and limped. Had platinum crowns, He was wearing an expensive grey suit and imported shoes of a matching color. His grey beret was cocked rakishly over one ear; under his arm, he carried a stick with a black knob shaped like a poodle's head. He looked to be a little over forty. Mouth somehow twisted. He was clean-shaven, dark-haired. His right eye was black, left - for some reason - green. He had dark eyebrows, but one higher than the other. The serial has miserably failed to depict THIS Woland.

Pontius Pilate is a very strong character in the novel about Christ – which is a sub-theme in the novel. This is how he appears in the novel:

“In a white cloak with blood-red lining, with the shuffling gait of a cavalryman, early in the morning of the fourteenth day of the spring month of Nisan, there came out to the covered colonnade between the two wings of the palace of ‘Herod the Great' the procurator of Judea, Pontius Pilate.”

The serial shows Pilate as a weak, tired, old man, with no trace of that thunder in his voice and cruelty, for which he was known.

One more thing that is mentioned time and again in the novel is Pilate’s headache due to migraine, which forces him not to open his mouth fully, nor moves his head. He is sitting like a stone statue, but the feelings of pain are reflected on his face,

This Pilate is just devoid of any emotions, he speaks in a feeble voice, does not move like a cavalryman but walks like an old and tired man. The whole aura of terror around Pilate is lost in the novel.

Yeshua in the novel is shown in a light blue dress. His head is covered by a white cloth with a leather band around his head.

Bulgakov had some purpose in using the ‘light blue’ color for Yeshua’s dress. It indicated peasantry, the common village folk. By showing Yeshua, he is not showing ‘The Christ’ but the common man of Russia of that time, But here, in the serial, by showing Yeshua in blackish dress, that significance is lost.

These small deviations change the whole perspective of the original and do not make it as impressive as the novel. Perhaps, another attempt would be made to depict the whole mystery of the novel magnificently. 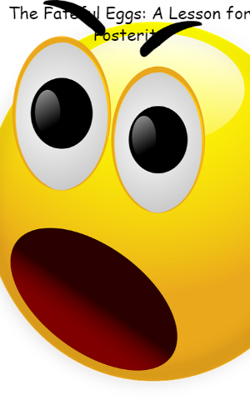 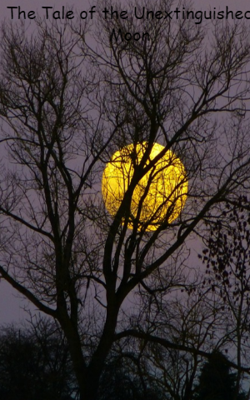 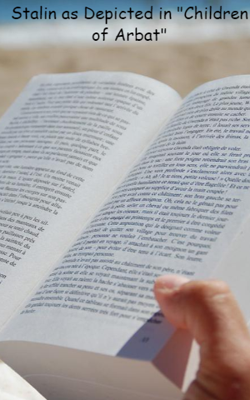 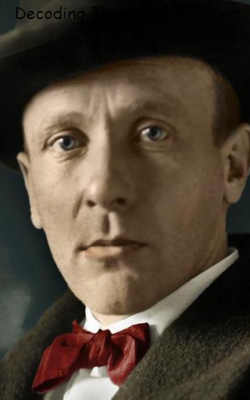 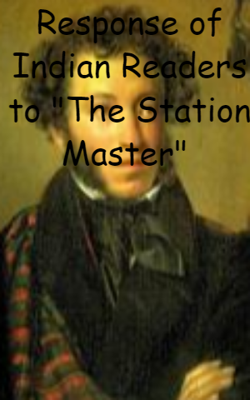