Leader and the Books

Leader and the Books

His sudden and incomprehensible transformation was attributed mainly to two things. One, reading a book after decades. The book was Gandhi’s autobiography. Two, his continued visit to Rajghat while on a visit to India. Gandhi’s spirit could have possessed him, many argued. There were a few other unconvincing theories as well about the flamboyant leader of the opposition suddenly turning meek, understanding, and utterly compassionate. He was a thoroughly transformed man after the visit to India.

He stopped attacking the government. That was a time the government was jumping from one folly to another, one blunder to a graver one. He defended them: “ The PM is new. We should give him some time to learn.”Or, “They do many things. A few mistakes are only natural.”

He began to confide his differences of opinion directly with the ministers. Outside, he supported them.The government was pleasantly surprised. While his own party and partymen lay shattered, the people found the opposition leader’s new demeanor heartening. The image of the government brightened through his words. Good government, good opposition; people rejoiced. It was the practice in the country that the two main parties came to power alternately at regular intervals. The trend stopped for the first time. The ruling party romped home with a good majority. From the opposition side, only the principal leader won. But he won with a record margin.

The government began to love the leader of opposition unconditionally. The ministers started to confide their plans, worries, follies, brutalities to him. If at all there was anyone to confide such things to anyone, it was he, the ministers believed. This, of course, made the prime minister turn green with envy at times. Sensing that the opposition had no future, most leaders there moved to the ruling camp.

Next election was also a repeat of the previous. The only difference was that the opposition leader’s majority doubled. There was, however chaos this time about who should lead the government. There was utter chaos. Finally it was agreed to let the opposition leader become the prime minister. For each aspirant he was the alter ego. He, however, turned down the offer. “ I will be forever in the opposition,” declared the leader, backing out.

The government accepted all suggestions from the opposition leader from time to time and implemented them promptly, eager to please him with obedience. One such idea related to disciplining newspapers. Sensationalism was thus made a criminal offence. As the news became increasingly tasteless following the new law, people stopped reading newspapers and stopped watching news channels. The government took over some of them, filmmakers bought some others, while the rest simply closed down.

There was a void. A void was palpable everywhere, also a need for something new, something chilling.  A few revolutionary organizations had already started working secretely in the country. Repeated attempts were made on the opposition leader's life. Each time he escaped by a whisker. People wondered why the opposition leader was targeted continuously and not the ministers. The government, however, felt no surprise in it and stepped up his security. They treasured his life like nothing else. But if someone is determined to achieve something and if he is prepared to risk his very life for it, then nothing is impossible. An activist of a militant group did manage to bamboozle the cops and near the opposition leader.

Surveying the area the activist found it foolhardy to fire. There were already a dozen guns targeting him, as many cops looking on suspiciously. Swiftly altering plans, he simply took out a couple of books from his bag, placed them at the leader’s feet, bowed and departed.

That was the first time someone ever gifted him books. He looked at them with curiosity. The books were Chanakya’s ‘arthasathra’ and Hitler’s ‘Mein Kampf’. He went into seclusion with the books. Coming out of seclusion after a month, it was as if Gandhi had left him. He unleashed a virulent attack on the government. The various things the ministers had confided with him – murders, cheatings, corruptions- he laid bare in front of people after spicing up each story with invented details. Government could not defend itself or its ministers. Such was the man’s credibility, built meticulously by the government over the years. His eloquence reverberated across the country ; men and women were in the street hunting for ruling party workers, ministers and officials.

The revolution was over in a week and the country's administration was offered to the opposition leader in the end. He didn’t yield easily. People and the leader set their conditions as part of giving him power and his assuming the same.

People’s condition: All former rulers without exception are to be hanged to death in a week.

Leader’s condition: There should be no opposition during his rule.

Both conditions were accepted by the other party. 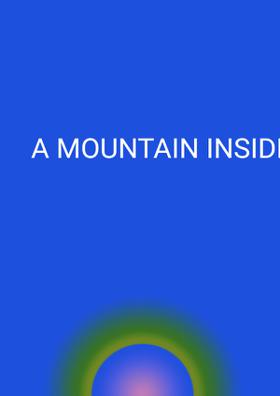