It was the rule of Mahendra Varma - I in the sixth century. At that time when other countries were engaged in human sacrifice for their capital income and other purposes. Then, Pallavas were along with Martial arts and several other arts. Ayurveda was also a part of their curriculum, they were free from all Diseases. Cure of every disease was possible in the Pallava Dynasty. And it was because of only Bodhi Dharma.

A Buddhist monk who lived during the sixth century. His real name was Jayavarman. He was the third born Prince of Pallava King. He was called as Dhammu by Chinese and Japanese.

Bodhi Dharma was versed in the Martial Arts, Ayurveda, Meditation and Hypnotism. He had achieved the power of Pancha Tattva. And he had the skill to use and manage its power.

Then a question arises here if the Father of Kumfu, Bodhi Dharma was an Indian then why India stands behind China in the field of Martial arts, Ayurveda, Self defence and Meditation?

Queen Mother of Pallava Dynasty ordered Bodhi Dharma to visit China and cure the future predicted epidemic that will come in China in the next few years. So, India will be safe from that.

On the order of Queen Mother, Bodhi Dharma moved towards China. He started his journey to China through the forests and after 3 years of harsh hard he reached to the Naning village of China.

Astronomers of Naning village had predicted that there will be a crisis in their village. And when Bodhi Dharma reached there, Villagers thought He is a predicted danger for their village. So, neither they accepted him nor provided any shelter to him. And then he went to the forest in the search of shelter. When Bodhi Dharma was out of the village then they thought that they are safe from future predicted danger.

But, in reality, danger was in the form of a big epidemic disease. Like uncalled guest disease reached in their village in a few days. And it spread in the whole village. It was a very dangerous unknown communicable disease. Cure of that disease was not in the village. So the Physicians of the village suggested that, "Cover the whole body of every infected person and throw them in the forest". So, they will be safe from that.

Alive infected peoples were thrown in the cave of the near forest. Bodhi Dharma was also living in the cave of that forest. As we know that, Bodhi Dharma was expert in Ayurveda; when he saw the crying peoples in the forest. First, he observed the disease and then he made a special medicine for the particular disease with the hurbs and shrubs of the forest. And he gave them a particular dose for a few weeks. In a few weeks, they were healthy and fit.

More than half of the village was infected from that disease. But, when those healthy people came to the village. Then villagers were shocked when they saw that all of them are healthy and fit. After listening secret behind that everyone was surprised. After that, a group of villagers went to the forest and they welcomed Bodhi Dharma in their village like a God. Within a month whole village was free from that disease with the help of Bodhi Dharma.

They were very happy and then they requested Bodhi Dharma to teach them a unique form of treatment Ayurveda. Many People from different villages started to come there and to learn Ayurveda. And by love, they started calling him "Dhammu".

But, their happiness was no more. A gang of marauders attacked their village. They started destructing the whole village. Everyone was crying for help! Bodhi Dharma came for their help but, no one cared that because they know he is only a Physician and they were unknown from the Power of his Martial Arts, hypnotism and Pancha Tattva. When Bodhi Dharma started his fighting then they were shocked because they had never seen or assumed this style of fighting and self defence. And finally, he protected the whole village from those marauders.

Villagers requested Bodhi Dharma to learn this unknown art of fighting for their self defence and he agreed for that. People from different parts of China came there and learned Hypnotism, Ayurveda, Martial Arts different defence trick for many years. He had founded many schools for that, one of the Shaolin Temple is the best.

They were surprised but, one of them told the secret behind that.

It's shocking, Bodhi Dharma happily accepted that food and died smiling for humanity. Then they made his grave in their country for their protection.

And today, China is one of the best countries in the defence. Always trying to cut the neck of India. They didn't remember the obligation of India that was provided to them in the sixth century by the Pallava Dynasty.

It's an irony of our country everyone knows the Hitler but, no one had ever tried to know about those who are dispersed between pages of History like Bodhi Dharma, Shivkar Bapuji Talpade and many others. They are the dignity of our country. 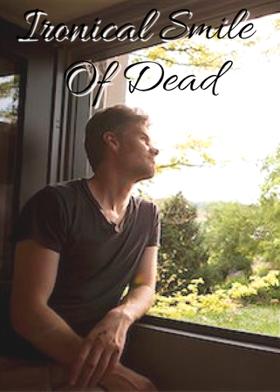