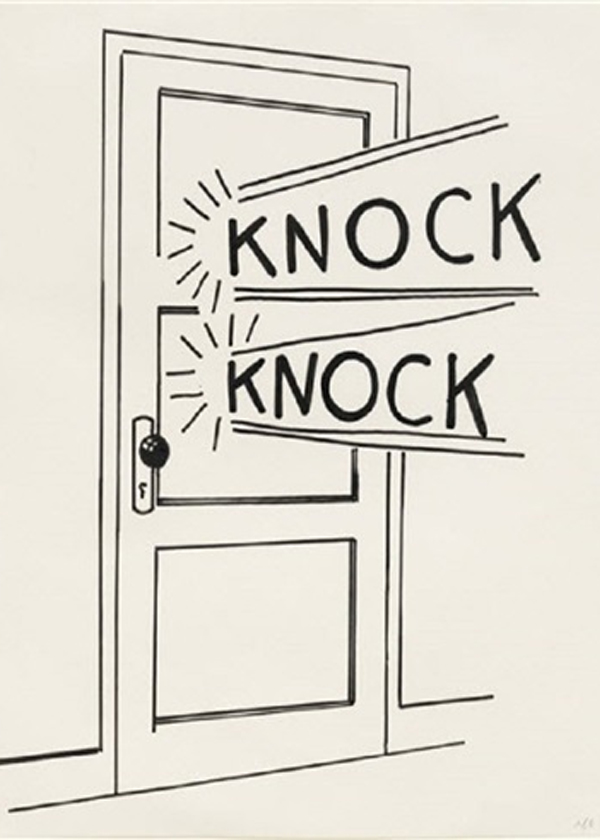 *Knock knock* Arya got up from her bed, turned on the lights and checked the time. 11:50 pm. She rubbed her sleepy eyes wondering who could be visiting at this time of the night. “Coming!” shouted Arya walking towards the door. She checked through the peephole to see who it was. Nobody. “Anybody there?”, she asked from behind the closed door. She was sure she had heard the knocking. She opened the door slowly and checked in the corridor. A dim yellow bulb glowed in the entire passage. No sign of anybody. Arya stepped inside her home and shut the door. As she began to go towards her bedroom, *knock knock* came the sound again. “Who’s it?” said Arya now beginning to panic a little. No answer. She grabbed a knife from her kitchen and walked quietly towards the door. This time she stood behind the door, opened it up a little and tilted her head out.

“Mom! Dad! What are you guys doing here? How? When?” a baffled Arya spoke as she dropped the knife and came out from her hiding. Her parents stood outside the door, holding a cake and a bouquet in their hands.

“Happy Birthday, dear! Sorry for scaring you a little” winked her dad. “I told him it was not a good idea”, said her mother as they hugged each other. “How did you manage to come here?” asked Arya welcoming her parents into the house. “Well, it took a lot of planning, but we didn’t want you to be alone on your birthday.” replied her dad. “For you”, her mom said handing over the bouquet to Arya. “Purple orchids! My favourite! Thanks a lot mom”, said Arya. “We got it from the florist downstairs. You’re lucky. He said it was the last bunch”, her dad told her. “Time for the cake”, said her mom as the clock struck 12. Arya took the knife she had dropped earlier and smiled to herself as she thought about the scene earlier. Arya cut the cake to the tune of ‘Happy Birthday’ and they fed each other little pieces of the strawberry flavoured cake. “Let’s click some pictures”,jumped Arya grabbing her camera. The three of them posed for a few photos. *Click* Flash! *Click* Flash! *Click* Flash!

”Watch out dad!” shouted Arya. Her dad tried to hit the brakes but it was too late. The car crashed into the oncoming truck, flipped over and fell on the other side of the road. “Nooooo!” screamed Arya. She sat up bolt upright, hand stretched out. Looking around, she realized she was dreaming again. Tears rolled down her face as her mind tried to capture the the reality. It had been 3 years since the horrible car accident. Arya’s world came crashing down the day she received the news that she had lost her parents forever. She was suddenly all alone. She cried for days, grieving over her loss and doing the impossible task of convincing herself that she would never be able to see them again. Her life would never be the same again.

*Knock knock* - the sound made Arya snap out of her thoughts into the present. She checked the clock. 11:50 pm. In 10 minutes, she would turn 27. She forced herself out of bed and went to get the door. How she wished to open the door and find her parents’ elated faces in front of her. But she knew she wasn’t dreaming this time. She knew her friends were waiting outside the door to surprise her. She had overheard them making plans the other day. Arya put up a smile on her face and opened the door. There was nobody. As she was about to close the door, her eyes fell on the floor. There lay a cake and a bouquet. She didn’t panic this time since she knew her friends were playing with her. She took those and went inside, expecting her friends to show up anytime soon. As she took the flowers and put them neatly on the side table, she heard it again *knock knock*. She didn’t want to disappoint her friends, so she opened the door looking a little frightened.

“SURPRISE! Happy Birthday Arya!” they all shouted in unison. “Oh my God guys! You really had me there!”, sighed Arya. She welcomed them in, pretending to be surprised by their ‘unexpected’ visit. “I told you it would work!”

She heard one of them saying. It was 12 am. Arya cut the cake with mixed feelings. She missed her mom and dad, but was also happy that she wasn’t completely alone. “Thank you so much everyone!” said Arya expressing gratitude. They talked, danced and rejoiced for hours until it was finally time to leave. As Arya waved goodbye to her friends, one of them said “Nice orchids Arya,” pointing at the flowers she had kept on the side table. ”Funny thing. We had thought of bringing the exact same kind for you from the florist downstairs, but unfortunately, he had just sold the last bunch.” Arya’s face turned pale and she rushed to pick up the bouquet. Her hands trembled and tears welled up in her eyes as she noticed a card on the bouquet that read ‘Happy Birthday, dear’. 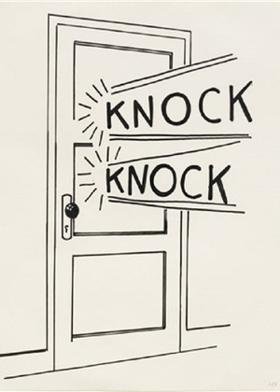