I have always loved good old folk stories. They not only entertain you but also leave you with valuable lessons. The best part of these folktales is their simplicity. The language and narrative are uncluttered and easy to understand. Of course, all these stories were narrated first for years before they came to be written. Today, I would like to share a folktale from Uttar Pradesh.

Once there was a Maulvi Sahib who was a master in a school in the village. Being a learned man, he was held in great respect by the villagers. They would approach him for guidance and advice for many of the problems that they could not resolve. The respect and adulation of the villagers made the Maulvi proud and Egoistic, and soon he started believing that there was no one wiser and learned than he in the whole world. Anyone trying to argue with the Maulvi would be scolded and beaten by the Maulvi. He would tell them that they had to agree with what he said because he could turn even a donkey into a man, such were his powers.

During one such incident when the Maulvi was shouting at a boy and beating him for arguing with him, a villager called Jumman was passing by. He was a labourer who carried loads for people on his donkey. He was, in fact, fed up with the donkey which was not only lazy but would also not listen to him or obey his instructions. When Jumman heard the Maulvi claiming that he could turn a donkey into a man, he was thrilled. He immediately took his donkey to the Maulvi and begged him to turn it into a man.

The Maulvi understood that Jumman had taken his words literally and that he was a stupid simpleton. He said to Jumman:

“ Look, son, I do have the powers to turn your donkey into a man. However, it is not an easy process as you understand. I need some very special ingredients which I will then grind into a paste and feed it to your donkey. It will take weeks to do this, and it will cost you money. Are you willing to pay?”

“Maulvi Sahib, I have some money and I am willing to pay you if you can make a man of my donkey.”

“ Ok then, it will cost you a hundred rupees.”

Jumman was taken aback. He was a poor man and a hundred rupees was too much for him. But if it can turn his donkey into a man, he could recover much more! He agreed to pay the Maulvi. The Maulvi asked Jumman to return after 12 days and leave the donkey with him. The cunning Maulvi waited for a few days to ensure that Jumman would not change his mind. When Jumman did not return, the Maulvi sold the donkey for fifty rupees, bought some new clothes, shoes and feasted on good food for a week.

Jumman went to the Maulvi as appointed and eagerly asked the Maulvi about his donkey, which would have become a man by now. The Maulvi replied:

“ Jumman, I know how eager you are to see your donkey turned into a man. By mistake, I gave him an overdose of the medicine I made and he has now turned into the Qazi of Jaunpur!”

Jumman was delighted that his donkey had become such a wise person and rushed post-haste to meet the Qazi of Jaunpur who was earlier his donkey. He reached the place where the Qazi was busy resolving a dispute between two shopkeepers. He approached the Qazi and asked him:

“Tell me Qazi Sahib, how do you feel now?”

The Qazi looked at Jumman: “ What do you mean how I feel now? I am feeling just as I was feeling yesterday, or a month ago. Why should I feel any different?”

Jumman smiled and said: “ Qazi sahib, I asked you how does it feel to be transformed from a donkey into a man?”

The Qazi flared in anger and shouted: “Who is this fool and how did he enter? You guards are lazy and inefficient. Remove this idiot from here at once.”

The guards rushed to catch Jumman and throw him out. But Jumman was determined to confront his donkey-turned into the Qazi. He shouted: “ Donkey, have you forgotten your status? Now that you have become a Qazi, do you refuse to recognize me, your master?”

The guards finally arrested Jumman and dragged him away to be sent to jail. Even as he was being dragged, Jumman shouted at the Qazi: “ I did a big mistake making my donkey into a Qazi. You should have remained a donkey.”

The Qazi realized that the man before him was insane. He wanted to avoid any further unpleasantness and said to Jumman:

“Look here Jumman, what is it that you want from me for making me Qazi from a donkey?”

“ I want five hundred rupees. That is what it cost to make you a man.” Jumman lied.

The Qazi gave Jumman five hundred rupees and asked him to promise that he will never return ever again. Jumman took the money and returned home a happy man. With the money, he bought himself another donkey and spent the rest of the days in comfort with his wife. He thought: “ Next time I need money, I will take this donkey again to the Maulvi.” 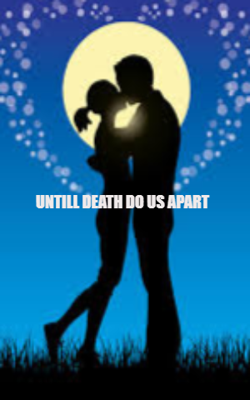 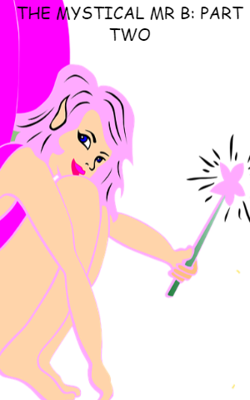