Home Away From Home

Home Away From Home

I am not a regular visitor to Facebook. I was scrolling through the posts today and chanced upon a travel blog by an explorer in my friend list. She spoke about weird shaped fruits and I being a voracious reader had encountered something in a book earlier and managed to find the exact process on YouTube. I started looking into the other write-ups....and there was my favorite bit of the world (apart from Kolkata) – Edinburgh. I have lived in that city for two years and it was not the Princes Mall or the Calton Hill or the Scott Monument that intrigued me.

What captivated me were the old streets with the comparably antediluvian buildings and the warmth of the people – be it my Scottish working counterparts, the bus drivers or the shopkeepers. I remember walking across Royal Mile and an aged man went out of his way and showed me the area around St. Giles Church. He did not stop at it. He told me the history of the Heart of Midlothian, Parliament Square, when and why the Parliament was shifted and the Mary King's close. It took him around a quarter of an hour. He never bothered to stop until my friends arrived - not that I am complaining. That is one of my fond memories of the city.

I loved walking from the office to my-then-home which was around 6 kilometers. Often my room-mates would be searching for me and I would be walking through one of those streets or some church or some cemetery. I hated the company when I was on such “expeditions”. One particular day, I remember my room-mate chanting “Hanuman Chalisa” when she heard that I returned from a cemetery. Another time I was lost and had called up another friend of mine and told him “Tell me where I am”. This poor guy had no idea. Still, he was trying to help. None of these small mishaps discouraged me to walk through the streets alone.

I remember a morning when my roommate and I woke up, brushed and left for another of our wee “adventures” (that's what we fondly refer to it as). We rode the first bus that came our way and reached the last stoppage. We got down and started walking in search of some greenery. Knowing Edinburgh, greenery is not hard to find. We were drenched, as it was raining and slipping through the muddy roads, we continued our “visit-to-the-woods”. After an hour or so we realised that it was high time that we get back home. The others (I had some local guardians who were much younger than me) would be worried. We returned home and every time we told them where we went, I doubt they believed me.

The city has its own charm. It is said to be one of the most haunted cities in the world. Though I never got to experience any supernatural activities, barring my friends trying to scare the others, I would like to believe that it is haunted as it gives the captivating appeal to the city which you can feel when you stay there for some time.

The day I was leaving Edinburgh, I woke up at 5 a.m. in the morning and walked through the old streets in the old town for the last time. I loved the tranquillity in the air. My memories of Edinburgh is more of walking alone in the streets than of anything else. I cherished my lonely walks and observing unknown people – the tenderness in the mother's eyes for the child, the zeal in the cyclist in the morning, the delight in the child's face for the lone chocolate that he received. I know I will never get back to the city because I prefer my home Kolkata. However, that cannot hold me back from being nostalgic and sharing my thoughts. It is like a part of Edinburgh – forever with me and forever in me!!! 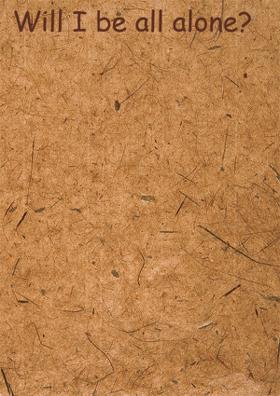