Cigam’s family lived on and rode an asteroid named Efil. There were many of their kind; thriving on million other asteroids - scattered across the universe, like randomly placed pizza toppings. Efil would be depleted soon and trashed to bite the dust, as they had done with their several other homes. A carelessly, dumped asteroid, once wiped out the entire Dinosaurs species from the face of the earth. That news didn’t even make it on their local media.

Made of star stuff, they had power to transform into shapes and inherit characteristics they wanted – Cigam, the newest member of the family was learning at his pace. He always felt something was missing: he longed for more.

Once on his virtual reality simulation session, the instructor had asked, “Do you see the world beyond Efil?” Cigam had answered negative but that remained with him for a long time. He asked his parent and Dodo, home pet, but no response. The curiosity brewed in him, growing day by day.

Meanwhile on Earth, a scientist had been building a galactic communicator on a regular piano. One day his daughter thought, “I can play the piano; I will play it.” “Pho Pho Pho Pho!” The scientist steered her away and distracted her with not-so-funny gestures. She giggled.

Now, in the outer world, noise was like a cocktail. Many asteroids wobbled; some whizzed past our Earth. You see, drink and drive is a universal problem. Efil too, bounced and pounced, in this process dropped Cigam into Earth.

Tearing the atmosphere, he entered the blue ball. Little Cigam looked around struggling to keep his eyes open; he desperately tried to alter shapes like an unused flint rubbing to spark. It clicked, at a good time, before he hit the green cover – a parachute like object protruded from his back. He gradually glided down.

He noticed his surroundings: blue hue mostly all around, a red dot leisurely diving into the shimmering blue liquid far west on a purplish-yellow backdrop, tiny flying creatures flapping and cooing. Poof! He pierced through a misplaced cloud. He looked below to see the fluffy white give away to canopies of green, swaying in symphony. Phu…!! The ships hummed far west. His eyes widened and antenna lengthened as he watched the red dot now blushing with altering hues. Frusssh! Cigam crashed – bouncing branch to branch, until thud! He set foot on Earth. He panicked; he didn’t know where he was.

He punched the tree down, cursed the sunset and walked towards it. Green trees gave way to golden sand, polished in rhythm by oceanic froth. He saw a strange creature - dandling tongue, bulging eyes, and wagging tail staring at him. It reminded him of Dodo back on the asteroid; he used to toss it away for fun. He did the same: poor creature came back limping. However, Dodo never did that. Cigam knew the art of blending in – copied the dog and transformed into it. The dog greeted him with a friendly sniff at his back and limped into the forest. “Strange!” he thought and walked awkwardly on the beach imitating the animal.

After a good walk, he saw two humans – he had heard stories about them from his father back home. “There are aliens far dangerous out there - no antenna and tail. We abandon things while they annihilate their kinds. If you ever encounter them, stay away from them!” Strange liquid moistened his eyes. He nearly let a howl but then stopped and moved back behind the trees and observed them.

The bigger human, of the two, spun his upper body, like a champagne cork and threw his net into the ocean while the boy whipped his nose and built castle on the sand. After a while, the fisherman grabbed the half-filled basket, balanced miraculously on his head and called for the boy, “Raju..hey Raju…let’s go!”. Meanwhile, Raju saw a dog and went towards it; Cigam, disguised as a dog, moved back a few steps. The boy extended his tiny army and massaged the dog; dopamine explosion for Cigam – the tail wagged automatically. He followed them home.

Cigam slept like a dog; the nascent sun rays gently kissed him awake. Sunrise was no less spectacular; sunflowers opened up as dew drops randomly evaporated. The sky painted a different picture with clouds communicating in gestures. He was elated.

The boy woke up too and came running to check on Cigam. Contented, he hugged him tight. “Wow! We should do this more,” he thought, as he lazily wagged his tail.

Surprisingly, Raju’s grandfather, the other human he met last night, and other members of the family were not so cheerful. “World is so beautiful around but why wouldn’t they be happy?” Cigam contemplated. He strolled around the locality. Many people hurried, frowned and ignored while a few observed, smiled and noticed. Many chased him away while a few welcomed and served him food. Nevertheless, he found earth magical.

“The aliens are of two kinds”, he made a mental note for his father, “one who believes in magic and others who don’t. Sadly, believers are few.” “Life on earth is way better than on my asteroid; there is no magic at all... Or… is it so that I have missed noticing the valuable things? I guess magic is everywhere, hidden from ungrateful eyes. After all, we are all made of star stuff.” he further thought.

A hairy, hefty, human hand extended and served him his favourite asteroid food. He looked up, tears trickled down his snout, he recognised his father; his mother stood beside him. He thought, “Had they come all the way to take me home?” The man picked up the dog in his arm and walked towards the forest. 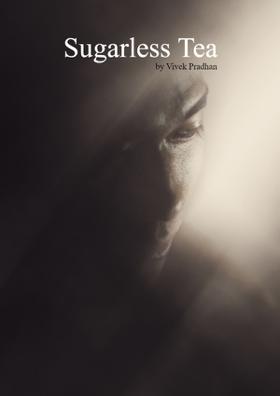 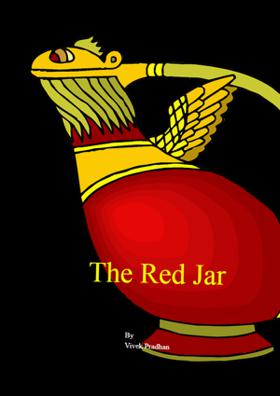