Diary of a new mother

My entire series of these 21 days will be based on my experience of being in this lockdown and staying home as a first-time mother of a 5-month-old baby, Anvay.

The number of cases is on the rise and there doesn’t seem to be any indication that the lockdown is going to end by the 14th of April 2020. We had already started getting hints from the news channels and papers that there would be another lockdown. This meant that I had to move my parent's tickets to another date. Rules were changing and strict measures were being taken by the government to curb the spread but they can’t do much if the general public is not following adequate measures to contain the spread of the virus. More and more laboratories had been approved by the ICMR to start testing for COVI19 using RT-PCR. Because of the importance of diagnostics in testing for the presence/absence of the virus in the symptomatic/asymptomatic individuals. I felt that for the first time life science professionals and researchers were given their due importance.

Otherwise, except during the Nobel Prize discussions, the world never cared for researchers/ scientists. This field has always been neglected and most of the professionals are under-valued and under-paid also in comparison to the other professions. I think you all must have received the image in a WhatsApp forward where a scientist is telling the media that they have always been ready to pay millions to a footballer but have never considered paying scientists who work day and night to find a cure for any disease. It was a very clear mockery of the attitude that the world had in general towards researchers/ scientists. Similarly, diagnostic fields like Virology, Microbiology, Biochemistry, Pathology were never looked upon with such high regard until the discussions like test reports, positive/negative, screening and confirmatory tests became common words in a layman’s dictionary these days. Many of my friends and colleagues are working day and night with their protective gear on in order to test the patient samples fast and release the results on time. For a change, the world was talking about diagnostics and the people behind that. I felt proud that finally, this neglected field was coming into the limelight. Otherwise, on previous occasions, if someone asked me about my field of work, they would understand it only as taking blood samples in a test tube and adding some chemicals to them just like we used to do in our chemistry lab in school. While the concept remains the same, technology has taken diagnostics to another level. Suddenly, virologists, epidemiologists, researchers, and health care workers are in demand because they are the only ones standing by the side of the clinicians in this fight against COVID19. 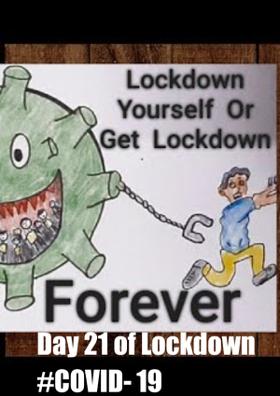