Creature Of The Back Waters

Creature Of The Back Waters

Tonight was the story night of Mythological creatures of the sea and grandma was ready to stir the imagination of her grandkids who were eagerly waiting for her by her bed. It was grandma and grandad's 50th wedding anniversary and everyone in the family intended to celebrate it pompously.

The house was right near the beautiful backwaters with forest engulfing it by the shores. The house, although very old, stood strong on iron and wood carved pillars. The architecture of the house was enchanting for the kids, it was almost like the house telling a story to them.

So the day before the anniversary, everyone in the immediate family came in, all 4 sons and 2 daughters and the grandkids, all between the age of 3 to 6 years. In the morning there would be a pooja in the temple followed by a feast where almost the entire village was invited.

The kids ran around the backyard, tree plantations and gathered fallen fruits and flowers, the activity most city born kids miss out on.

Anyway, at night, when grandma arrived at her bed, they waited attentively for the story.

So grandma started by making her bed and pillow and resting by it. She kept the lamp dimmed to give the story the ambience.

"So children today's story is of a sea creature, as black as coal, that lived in the sea some 1000 years ago, although no one knows if it's still alive."

Grandkid Bablu - "Really, why do you say, is it there in our backwaters, grandma"

Grandma - "We dont know, so you should never go in the back waters, anyway. No one knew where this creature lived or from how deep in the sea it came from. But our forefathers say, whenever it leapt at the surface it grew as big as a hill and destroyed any one and anything near it. It also liked to eat humans and gulped them in one bite, Slurp!!"

All grandkids stood in amazement - "Really!!!"

Grandma - "yes yea, but one day, a brave sea merchant and a fisherman went for trade from our shore to another, he had with him a lot of metal and fish to trade. He was in the sea for 2 long weeks with his men. When one night, there was a movement in the ship, a sharp movement that startled everyone out of their sleep.

As the merchant and the members got to the deck, they thought they would have hit a big fish and didn't want to miss the chance to catch it, so everyone prepared for the catch and got their hooks, nets ready. But the merchant grew suspicious on something unusual when he looked down at the dark waters of the moonless night, he thought he saw whirlpools forming and unusually weeds floating around the ship. This he knew was not normal for even huge fishes to demonstrate, so he alerted his crew to not drop their nets or hooks and await keeping away from the edge of the ship. Just when they were discussing, the jerk grew violent and with a huge plunge appeared multiple tentacled creatures with horns and red eyes.

The crew was frozen in fear, just then the merchant advised the crew to make fire and get their axes. The creature threw one of its tentacles at the ship deck overthrowing 2 of the members into the cold waters of the sea. Now the merchant didnt know what to do, so he lit a fire and held it with one hand and axe in the other. The rest of the crew also started doing the same and finally started cutting the tentacles as it tried to destroy the ship. In the fight, a few members were torn into pieces, but the rest continued to war. Finally, when the creature tried to get its head near the deck to swallow the merchant, he threw the axe on its horn hurting it and putting the fire in its mouth.. The creature screamed in pain and immediately removed its tentacles and went inside the waters. The ship was badly wrecked but they survived."

Kids - " Did the creature come again? Did anyone see him again?"

Grandma - "It is said, some people saw him a long time ago and thinks he lives at the bottom of the sea or waters, coming to the surface when hungry or move"

The kids widened their eyes while listening.

Grandma - "Ok children, time for bed. We need to get up early tomorrow. Go to your amma appa."

All the kids got up dazed by the story while they headed for their beds.

The next day the kids were super excited since all elders were busy either with the pooja or preparation of the feast. They had their own time and all of them thought of visiting the backwaters. Everyone after dressing up and attending the pooja headed straight there.

While they were playing and talking about the story that they heard, they looked at the serene waters.

When one of them shouted - "Look, look, look at the waters, theres something"

Everyone gathered and finally they heart skipped a beat. Indeed there was something blackish floating.

Thinking they have finally spotted a Kraken in the town's backwaters, they grew both anxious and thrilled. They immediately hid behind the coconut trees to see if it moves or swirls in the water. It was pitch dark in color like how grandma described and was very silky by its texture. The portion of the body kept toppling and disappearing into the waters. This grew on the children's curiosity and as much as they were thrilled, they started growing a little scared now. The wind was blowing hard and the clouds in the sky also started getting darker, forecasting a stormy night, given the onset of the monsoon climate.

During sunny windy days, they would run the fields and around the lake against the wind to feel it, but today, they chose to hide behind the tree protecting themselves both from the growing speed of the wind and darkening of the clouds. The onset was exactly how grandma described, they didn't know if they should keep watching or alert their elders.

Just when they were whispering and discussing, they saw the thing whooshing and approaching the banks.

All of them shouted and ran as fast as their feet could take them. Finally, when they reached their home, everyone was busy laying out the food for the already arrived guests.

Looking in the house, they finally reached their grandma and told her about it, while she disbelieved it first, she got a little cautious and intimated her eldest son.

Grand kid - " Uncle, please come and see it, the sea creature is in our back waters"

After a lot of persistence finally the uncles gave in and said they would visit once the feast is over. Three hours passed until the feast was over and finally everyone decided to go see what the kids mentioned.

On arriving, there was indeed a huge black spiral thing floating and then they saw another one next to it. The sight was unsettling and the elders getting curious, so one of them decided to have a closer look and take a boat.

The kids started shouting in disagreement since they were paranoid after they heard the story the nigh before. But the uncles assured that nothing would happen to them.

As they approached the black thing, they put a rod underneath to move it and poke it. But it didn't respond. Finally, two uncles pulled it up with force and whoosh!!

The kids were awaiting to see what lay in the boat, but when they did they looked very disappointed.

Kid - "Is this all, didn't you see the creature that kills man and everyone"

Uncle - "No kid, the back waters which were once so clean and unpolluted is now being infested by plastic"

Grandma - "Although the creature didn't kill all the sea animals and men on the land, this plastic trash can kill an entire a humanity, children."

By saying this everyone started going back to grandma's home. 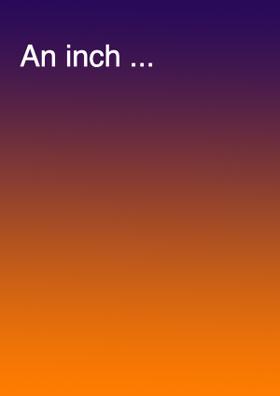 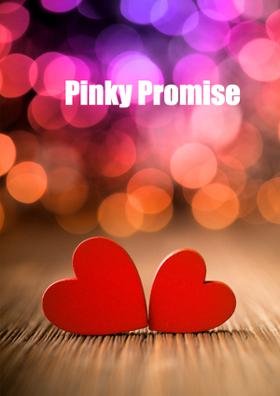 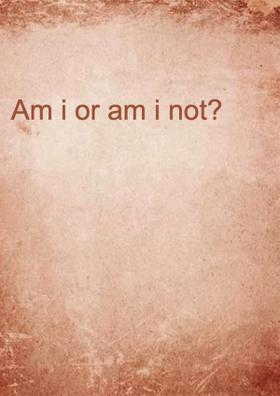 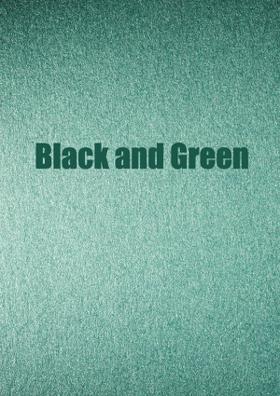 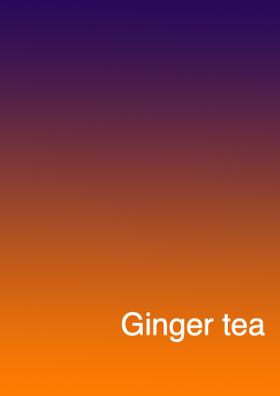 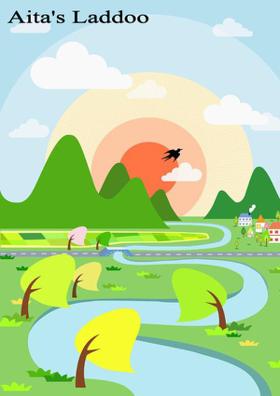