It was Mid-June and the snow had vanished completely, leaving no trace behind. The departure of the snow, however, meant the arrival of the beautiful, dark blue (almost purple) flowers. She saw them flowering on the stems of the perennial herb, Bona-Nagpo. The very sight of those beautiful flowers amidst the dull, rocky, and barren background made her heart fill with joy.

But her heart suddenly filled with sorrow. Through the window on Navya’s side, she watched the new factory which had been set up near the river. She watched, horrified, as dark grey smoke escaped from its chimneys into the fresh air. The smell choked her lungs. She stared at the dull, dark grey complex. Despite being very similar in color to the general background, it stuck out like a sore thumb. It just didn’t match. It just wasn’t right. It...it was… just so artificial.

She turned her attention back to her side of the car. She was again filled with joy. The dark blue flowers were so calming. She felt like being lost in the depths of the rich color of the flowers. Oh… the color was simply magnificent, just so…… her heart skipped a beat as she saw a sight that disturbed her to her core. A few flowers had just wilted away. Their rich color had disappeared and they had dried up; shriveled.

But… but… how could that be? It was only mid-June. The flowering season had just begun. The flowers usually maintained their characteristic color and richness until the end of August. They only began drying afterward.

The smell of the factory-made its way into the car now. They were right next to it now. Sonam started choking once again, more heavily this time. Due to her temporary discombobulation, she missed the depressing scene which lay right outside the window of her car: a barren hillside, with no trace of the dark blue flowers. In fact, there were no flowers on the hillside, not even any crooked stems or wilted flowers. It was simply barren. But it wasn’t like the other hillsides; no, it was darker, duller, and rather ominous. It wasn’t the beautiful barren spectacle showcased by the other hillsides all over Ladakh, no, it was a dull barren, an ominous barren, a lifeless barren.

“Roll up your windows, girls,” called Navya’s father from the front seat. Navya and Sonam did so dutifully. Navya’s mother, Mrs. Seema, and Navya’s father, Mr. Wangchuk had already done the same. Noticing Sonam coughing so badly, Navya offered her the bottle of water kept by her side. Sonam accepted the bottle of water gratefully. She removed the bottle cap and put the bottle right above her lips, being careful not to touch the opening to her lips. The water steadily fell down into her mouth, satisfying her mild thirst and vanquishing the cough which had arisen in her throat. After she had drunk her fill, she closed the bottle and gave it back to Navya. She had actually been carpooling with her. They both went to the same school and lived in the same village, Chaurai, nestled in a barren and rocky valley between two towering hillsides. Both their parents were good friends, but then again, most of the people in the village were good friends with each other. All the residents of the village shared their produce with each other and helped each other out with their respective chores. Their village believed in the idea of community living and being sustained by Mother Earth (Of course, the villagers themselves weren’t even aware of such terms, after all, these terms have been made up by city dwellers like you and me; they, they are just simply following information and practices which have been passed on from one generation to the next for years and years- there is nothing strange or special about it for them, it is just their regular way of living).

When cars were first introduced in their village (by Sonam’s grandfather), most of the Elders of the village had been against it. They hated this mechanical abomination that had been brought to their village. However, after Sonam’s grandfather had displayed to the village how efficient these mechanical beasts were in transporting people from place to place, most Elders of the village had agreed to invest in three more such vehicles. Like with all other things in their village, these were also owned collectively by the community.

When Sonam’s father had gone to the Elders of the village to seek permission to buy an individual car for their family, the Elders had denied his request. They had narrated some ancient story to him and he had to return home, disappointed.

Anyways, the Elders were always right, after all, they were the ones who housed the entire knowledge the village had accumulated over so many years. They had knowledge of everything necessary to lead a good, sustainable life. They had been right too. Most of the villagers conducted most of their work within the village and were used to walking at least eight kilometers everyday (for a variety of reasons). Only when they had to go to distant towns and villages, for a variety of different reasons, did they really need to use one of the four cars? Anyways, the four cars were enough for the entire village of eighty villagers, after all, all of them were great at adjusting.

They would visit so many different places by being stuffed like potatoes in tiny cars. Regardless of all that effort, Sonam loved those rides. She guessed it was because she enjoyed the destination even more since the effort put in to reach it was so much. Maybe it was the journey itself. Well anyway, no matter what she told other people, she enjoyed these school rides the most. She liked the comfort of having only four people in the car for a change.

Don’t worry, it wasn’t because the other kids didn’t go to school (except for the two new-borns, Payal and Naina, and Sherpa Saab’s two sons, Amit and Lapa, who were being trained to be the future lead hunters and herders of the village). It was just that they went to nearby Government Schools while Sonam and Navya went to this fancy Private School opened by an Independent Organisation called Ujala. Honestly speaking, it was worth it. Though the costs were slightly higher and it was eight kilometers away from the village, they provided tasty, wholesome food, taught better lessons than the ones taught in government schools and their teachers were more educated than government school teachers. At least, that is what their parents told them.

The car went over a slight bump in the road. Sonam’s concentration broke. She was brought out of her deep thought. She noticed that, as usual, Navya had gone to sleep. She sighed and looked out of the window on Navya's side, being careful not to wake her up.

Why, oh, why did God have to bring her out of her thought only to see such a dreadful scene. She would have preferred remaining in silent and deep thought. She… her eyes fell on something shifting ever so slightly on the opposite hillside. Could it be? It was a snow leopard, as huge and majestic as they come.

She wanted to wake Navya up and show it to her. She wanted Navya's parents to stop the car and look at the majestic beast. Eventually, she decided against it. She would keep this just for herself.

They were right opposite the portion of the hillside where the Snow Leopard was. He wasn't that well camouflaged, after all, the snow had all melted. If the others wanted to, they could have easily noticed it. But then again, you have to pay attention in order to notice something, which none of the others were doing. While Navya was sleeping, Mr. Wangchuk was only focussed on driving and Mrs. Seema, though staring outside, had her eyes fixed on the river.

The leopard was going out of view now. Sonam strained her eyes to get as good a picture as she could. However, when she did so, she couldn't believe her eyes. The leopard was crying. It… it had tears in its eyes. The color of its fur had become darker. It wasn't the regular grey but a darker hue of it, a dirtier color. But what was most surprising of all was the face it was making. It was evidently making a sound but Sonam couldn't hear it since she had rolled up her window. She was too fixated on the leopard to roll it down now. But the face, there was something strange about the face. It was as if it was convulsing as if it was… choking.

The leopard went out of view. She remembered her class teacher telling the whole class about something known as Air Pollution; how it was caused by smoke, dust, and other similar particles and how factories and cars were such huge factors with regards to the increase in air pollution. It was known to wilt plants, choke animals and even degrade the environment in general.

She tried to fall asleep like her friend Navya but she just couldn't go to sleep. The face of the leopard kept coming back to her. The rest of the journey was a blur for her. She didn't think and she definitely didn't talk.

She silently got out of the car, thanked Navya's parents, and was on her way.

She walked in silence to her class, not uttering a single word. She sat down on her bench and didn't utter a single word until the teacher came into the class. After wishing the teacher "Good Morning", in the usual sing-song way (the whole class would do the same as one single chorus), a sudden urge came over her.

She wouldn't sit down silently. She couldn't see the leopards leaving, the dark blue flowers wilting and the mountainside degrading. No, this was her home and she would fight for it and she would protect it. It was only one hillside as of now but she knew this would spread. She couldn't let it get out of hand. No. No way.

She got up and walked towards the teacher's table. She had not addressed the class as a whole yet and had not even started taking attendance yet. Sonam stood by her side.

She opened her mouth and said, "Teacher, I have a question…… 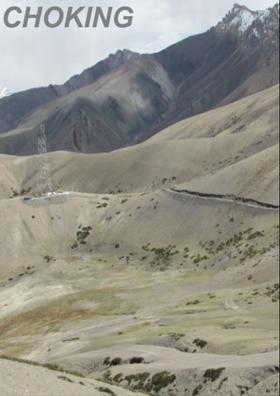 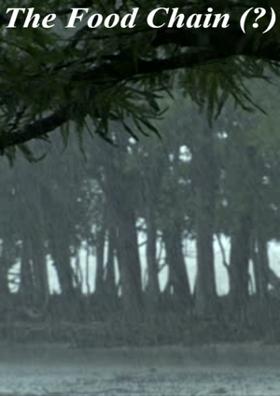 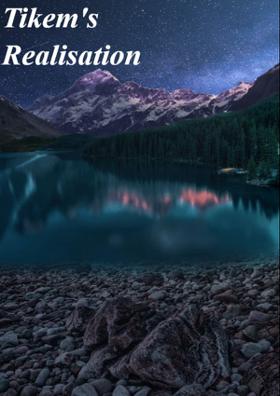