Running her fingers on the warm Braille board, the woman felt the little ups and downs with her fingertips, and she realized for the umpteenth time that ups and downs always bore a message. She had only heard of beautiful starry nights, a round blemished moon and a lake that shimmered under its light. She had only heard of sunny mornings and majestic mountains whose snow melted slower than time. She had heard a lot of things that sounded beautiful. And she wished she could see all of those, or at least see any colour other than black.

Her fingers slowly danced over the tiny beads, and it took her a minute to read and comprehend that Robinson Crusoe had no idea how to get back home. It was her first novel because by then she had overcome the fear of finishing anything that was more than ten pages long. Crusoe was recommended by her librarian.

Her fingers kept doing the work, and after a few moments, she was lost in thought – how would he save himself? How would he survive? How can anybody possibly survive? She thought of the night, when she was six years old – when the man she believed was her father had pressed his hand against her mouth, opened the ties of her little frock and did something terrible to her, saying that she was not allowed to tell it to anybody else because if she did, the devil would take her away. It took her ten more years to realize the devil had taken her away the day she had called that man ‘father.' And eventually, she found her way out. She escaped. Even when the hope was bleak. If she could do it, could not Crusoe?

She was about to change the Braille board when she felt a hand on her side. Someone was sitting right beside her. She paused and waited for the person to say something.

“Pardon me. I promise I won’t be trouble”, the man said. The woman smiled and replied, “As long as you don’t mind sitting beside a blind woman.”

The man budged a little on the seat, and said, “Oh… there’s nothing to mind.”

The woman smiled again and continued reading. The man took a handkerchief out, wiped the little sweat beads off his forehead, and kept it back in his pocket. A few moments later he said, “May I ask what you are reading?”

The woman said what she was reading, and the man made an exclamatory remark. “Have you read it?” she asked.

“Oh yes, yes I have. Twice. Once, when I was a kid. The second time, twenty years later. Wonderful book.”

The woman knew she was a long way from the last page, and she could not help but ask, “This book…it has a happy ending, right? I mean, this man, Robinson Crusoe, survives…doesn’t he?”

The man smiled, so the woman assumed. She waited for the man to reply, but wondered what was taking him so long. Finally, the man broke the silence that had followed. “Why do you think he might not survive?”

The woman did not know what to say. She mumbled, “Most of the time that is exactly what happens…and I don’t want to waste my time reading a book that does not…does not…”

“That does not offer you any light in the end?”

The woman turned her face towards the source of the voice. For a second she wished she could see the face of that man. Yes, that was what she wanted. That was what she needed. Light, in the end. She adjusted her scarf and said, “Exactly.”

“You’re a survivor yourself, aren’t you?”

The woman knew that not a soul on this earth had any knowledge about her scarred childhood and her successful escape from the abyss. So clearly what this man said was poetic and nothing else. She replied, “Aren’t we all?”

The man smirked. “Yes. We all are. There is a strange, indescribable beauty in surviving. It is the example we set for ourselves that says that all around us, it is not as dark as we had thought.”

The woman had already stopped reading. This man was saying things nobody had ever said to her. She wanted to ask him his name when her finger felt the touch of another finger. A shiver ran all over her, but the voice calmed her in a weird manner. “Let me show you this.” He picked up a board that had the summary of the story. He took the woman’s finger and placed it at the beginning of a sentence. “Go on, read it.”

The woman had never been touched by a man in her life other than her father. She wondered how different the two touches were. The first one was a nightmare, and the second one, coming from a man she never knew, and coming after thirty weary years, felt like a dream she could have lived. It was a simple human touch. And it could make all the difference. A smile escaped from the corner of her lips without her permission. She read the few lines she was given – “And Crusoe…sets an example…of relentless effort…to…to survive…against all odds…and find hope…even when hope…is hard to find.”

She lifted her finger up and smiled. “So it is a not a sad ending.”

The man chortled and said, “You know why I revealed the ending to you?”

The woman asked, “Why?” not realizing her voice was almost a whisper now.

“Because now that you know everything’s going to be all right, you will read the book without that fear, without that doubt you were housing in your heart. You will read it believing that ‘no matter how ugly things turn, I know Crusoe will survive. Because I know how it ends.’ Isn’t it?”

The woman felt strange how her mind was like a clear piece of glass for this man. As if he could see through her the way she had always prayed someone would. She said in a low voice, “Did you read the ending first when you read this book?”

The man whispered, “I did not need to. I believed there would be light. You see, it does not matter how it ends. It matters how you find your light even amidst all the darkness that is offered to you. It’s a beautiful piece of art. Only a few are fortunate to master it. You are one of them. You just don’t realize it yet.”

The woman closed the book before her. She was frantically searching for words. She waved her hand, and a boy came running. “Finished, madam?”

“No, I will finish it later. I will issue it today for a week.” She turned towards the man and said, “Apologies, but we have not introduced ourselves yet.”

The boy said, “Who are you talking to? That man has already left madam.”

The woman was taken aback. He did not even say a word before leaving. That was strange. “Who is that man?” she asked. The boy smiled and replied, “I do not know his name, madam. He has never issued a book. He comes, reads and leaves. He has been coming to this library for the last ten years. It is the first time I saw him talk to someone here. He hardly talks.”

The woman asked, “Does he come here every day?”

“Almost every day, madam. We have all the Braille boards arranged for him in his usual place. He has read more books than people with eyesight have.”

“Oh, sorry madam I thought you already knew. He is blind too.” 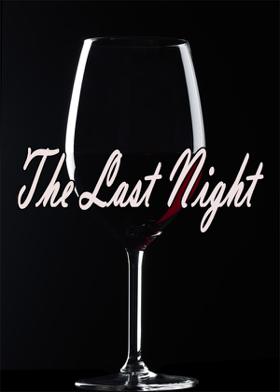 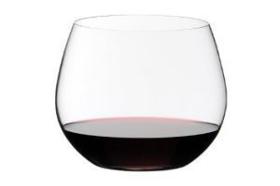