Bitiya was very happy. Her grandmother had returned from her uncle's house. She was extremely fond of her grandmother. As soon as her granny crossed the threshold of the house, Bitiya greeted her with a warm hug."You are back. I missed you so much. It is great to see you back Dadi". her grandmother smiled broadly and cusped her face lovingly. "Good Lord!! Bitiya you have grown so much in a month. And you look remarkably pretty too". Bitiya took her granny's bag and placed it in the room they shared. Bitiya's father, Jagan, was a farmer and her mother Malati was a housewife. Their financial condition was pitiful. It was particularly hard to make ends meet. Bitiya had studied in the local primary school up to standard V. But her school fees were too much for the family to afford. Consequently, her schooling was stopped after she passed the fifth standard. Now, she looked after the household and took care of her Grandmother.

Jagan was ina a miserable state. The rain Gods were far from generous this season and he suffered considerable losses. Moreover, the Agricultural Credit that he had availed from the bank was also a cause of concern for the poor farmer. Since very little produce was reaped in the past months, he was unable to pay two months' installments as per the repayment schedule. If he missed another installment, the loan would be declared as a Non-Performing Asset and his land would be seized by the Bank authorities. He had dwelled on this unpleasant possibility for days. He could not think of a viable solution that could rescue him from his predicament

Bitiya entered the room with a plate of Pakoras and green chutney. For a girl of her age, she was remarkable in the kitchen. Her grandmother had taught her to make several items. She was adroit in making samosas, pakoras, khichdi, parathas and other mouth-watering dishes. Jagan took the plate and tasted one pakora. It was delicious. It reminded him of his mother's cooking. Jagan smiled and told his daughter: "The pakoras are amazing. You truly are a master chef." Bitiya smiled. She liked to see her father happy. When she was leaving the room, Jagan had a brainwave. He called his mother and wife to the room and spoke in a very solemn tone: "Our finances have hit rock bottom. The produce that was reaped from the fields was very limited. Due to lack of rain, the prospects of a turnaround are bleak. We have to consider other ways to stabilize our financial condition to repay the loan and manage two square meals a day." The women were shocked. They knew that their finances were bad. But neither of the two expected the situation to be so dire. Malati spoke: "What other way is there? Have you thought of something?". Jagan replied: "We can start a small tea stall that would serve tea and sell other snacks such as pakoras. What do you guys think?" Malati had mixed emotions over the proposition. But her mother in law interjected and said in an optimistic tone: "Yes. The idea is viable. Bitiya and I can make it happen. She is a brilliant cook and her pakoras are just delectable. We can prepare the batter and fry them in the evening. Then they could be taken to the shop and sold. After dusk, there is always a good congregation of people in the village square. And we can make some brisk business in two or three hours."

"Then it is decided. Bitiya and Maa will make the pakoras," said Jagan. He turned to his wife and said "In the evening, you will take the basket of pakoras and the tea flask to the square and set up the stall. Bitiya will accompany and help you to run the stall." Bitiya was very excited about the whole affair. She and her grandmother cooked the pakoras and made 5 liters of tea. Soon it was dusk and she accompanied her mother to the village square where they set up their stall and start selling the eatables. Their first customers were schoolgoing kids and the pakoras were an instant hit. Then came the Mukhiya's wife. She had two cups of tea and a plate of pakoras. She was really impressed to learn that the pakoras were made by a girl so young. She blessed Bitiya and took another two plates of pakora home for her husband and children. Soon word spread and there was a huge queue of customers to buy pakoras and tea. Within two hours, the tea and snacks were totally sold out. They had made a considerable amount of profit. They returned home and the entire family was very happy.

An entire month passed. The reputation of Bitiya's tea stall was soaring day by day. The news had reached the neighboring villages and people came in droves to eat at the stall. It became a place of prominence where formal and impromptu meetings took place and family get-togethers were held. The snacks had gained immense popularity amongst the villagers and the profit level increased every day. A year passed and the tea stall was a runaway hit. It had bolstered Jagan's financial condition. He was able to afford the expenses of the family, pay his loan installments on time, and sleep soundly at night. Bitiya resumed her schooling where she was welcomed with much excitement. Everyone was happy to have her back. Her parents were proud of her diligence and application. Bitiya used to prepare the batter for the snacks before school and she would fry them when she reached home after school. The tea stall had made huge profits. Consequently, the shanty accommodation was done away with and their tea stall underwent a facelift. Now it was a beautiful shack with bamboo walls and a tinned roof.

Soon the tea shop was given a name. It was aptly called 'Bitiya's Tea Stall' 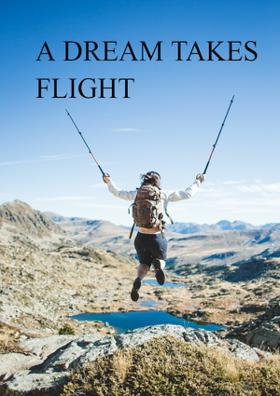 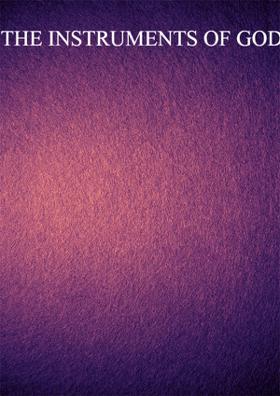