A New Bicycle For The Potter's Boy

A New Bicycle For The Potter's Boy

Many years ago there was a potter living in a small hut by the roadside. He made beautiful mud vessels, flower vases and a variety of sculptures. He displayed them in front of his hut every morning.

His favourite sculpture was a fishing man. He made it with so much care that it appeared like a real man, with a dark moustache and a smiling face. The fishing man’s right hand was patiently holding a fishing hook tied to a stick. The Potter hoped that the sculpture would be sold for a good sum. He displayed it carefully so that it attracted the attention of the passersby on the road.

However, no one took an interest in the sculpture. It remained unsold for a long time. The Potter had a school-going son. His son had been asking for a bicycle for a long time. One day the Potter jokingly told the boy that he would get a new bicycle when the fishing man sculpture was sold out.

From that day onwards, the boy was eagerly looking for a customer to buy the sculpture. During holidays the boy helped his father in arranging the products for sale. He was careful enough to display the sculpture at the centre so that it was seen by those who passed by the road.

One Sunday morning, while trying to lift the sculpture, the boy broke its left hand. He felt very bad. His father convinced him by offering to repair it soon. So the sculpture was not displayed for sale that day.

That evening a car stopped by their hut. A girl and her parents got out of the car. The girl was interestingly looking at the beautiful flower vases, sculptures of animals and birds. She seemed not satisfied with the display. Her eyes went into the hut.

“I like this sculpture Papa. How cheerful the man looks in spite of his handicap,” the girl jumped in joy.

The boy and the Potter were astonished. In a few minutes, the car went away carrying the sculpture. The Potter opened the envelope the girl’s father gave him as compensation for the beautiful sculpture.

The next morning the Potter boy went to school happily pedalling his new bicycle. 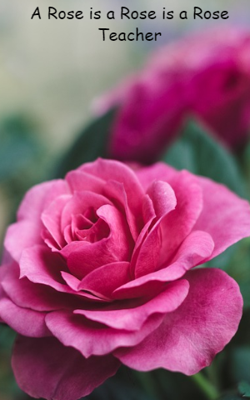