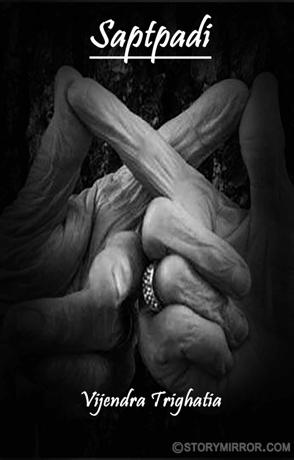 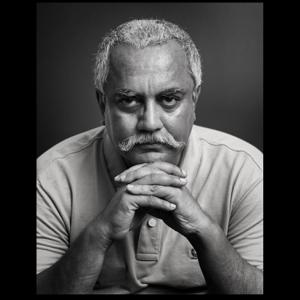 The clamor was dying down and everyone's attention turned to me. I ignored the pain in my arthritic joints and willed myself to stand. She was waiting as she always did. I paused to take another look at her beautiful face and as always my heart skipped a beat. Could there be another one like her? Was there anyone else who would invariably make me have those deliciously mischievous thoughts? I smiled inwards and took that first step towards her...

"The couple takes the first step and promises that they will take care of each other and pray for abundant blessings and prosperity in their life".  Oh but did we not do just that when our eyes had first met? Alright, I concede when hormones are jumping through the window it's the doe eyes and the cupid lips which take precedence over more serious commitments but hey, hadn't we found each other? Why else we were planning each day of our lives then to conspire with the stars to arrange a rendezvous? Amorous questions outweighed the insipid expectations of life. My limp foot tangled in the slipper I was trying to get into as I took the second step.

"In the second step, the couple promises and prays to the Gods to bless them with physical and mental powers and lead a healthy married life."  This was an important vow which we should have taken a little more seriously but then like most in love young souls we suffered from the "I am invincible" syndrome. Our bodies were untested by the rigors of age and apart from the periodic exhortations to each other to get up early and do the physicals we were actually pretty careless. What probably saved us was that each of were careful of what we ate, had the blessings of a naturally robust constitution and at least I was pretty regular (till the University days anyway) in my runs and exercise. But over the years both of us realized its importance and made an effort to do the minimum. My small treks in pursuit of good pictures took care of what my body had missed earlier. I felt a tender touch of a small hand on my shoulder and I moved forward.

"During the third step, they promise to protect and increase their wealth by proper means."  Ahh, this vow was so simple for us to forget. I had a strict father who didn't easily part with money and in any case as an honest Government servant he never had much to spare. And she came from a broken home who had seen opulence and penury in equal measure. Both of us were fortunate, not to forget divine design and our own hard work, to land up with good jobs. And the moment money came to us we spent it !! Neither of us had much financial back up from our respective families and right from the humble needle to the comfort that we had since built in our home came through negligible savings and substantial loans which however we did manage to pay off in time. The lack of money however was never a hindrance in having fun. We travelled by bus, train and borrowed transport but we went everywhere in pursuit of happiness. The scooters and car, eventually more than one, came later and we thanked God and our indulgent bankers for it. I have to say that even though I was the banker it was always she who proved to be the more financially prudent (well someone had to take the vow seriously). She would always call it the Black Fund which would appear mysteriously every time we were short on cash. We were never flush with funds but we never lacked anything either. I need to tell her that she is the one who is the financial wizard in our house and also conspire with her to let me keep pretending to be one. Let me go ahead now...

"With the fourth step, the bride and the groom pledge to share happiness and sadness together."  For all my gregariousness I have always been an introvert and tend to internalize rather than share my sorrows. Being alone almost became romantic for me until she made me realize the joy of being together in everything. We became children once again, always laughing at silly things, baby talking to each other. Eventually even a short trip to the market for buying bread and eggs had to be together. Once in a while I did think if it was what one should do in advancing age but who the hell was thinking that we were getting old. Neither of us grew chronically beyond the ripe old age of 20. Morning walks, movies, exploring new food joints and till a certain time getting drunk together was always the fun thing to do. It was only some days back that we had run off for having those oily paranthas again much to the consternation of our kids and the respective physicians!! Let me ask her if she is game again?

"With the fifth step, the couple promises to be responsible and care for their children."  We could be only be as responsible as our juvenile minds allowed us to be and the more serious type of couples who took life more seriously than their age were often the butt of our jokes. But children were a slightly different matter. My daughter was my first real toy. I always loved playing with her. As soon as she could stand which was the oh so mature age of two, she was standing in front of me on my scooter and we would  paint the town red with both of us shouting Johnny Johnny Yes Papa. We drew surprised and amused glances but who cared? A few years later our son completed the family quorum and from then on the crazy four only extended the madness which the crazier two were indulging in earlier. But of course the mama is always more responsible than the Papa. So while the Papa was busy enjoying bacchanalian pleasures elsewhere it was the Mama who took both our angels under her wings and taught them to fly. I missed out on quite a few years of their growing up and now it has taken almost a lifetime for me to catch up. I think I have done a reasonable job and for once she would be proud of me.

"The sixth step is taken by the couple to be together always."  I always tell her that we are bound to each other for seven lives and just when she turns a romantic glance towards me I tell her that this is the seventh one!! And then run like hell!! But we have been together, in joy, in sadness, in passion, in subzi mandi, in multiplexes, in sleazy dhabas, in fast cars with her screaming blue murder, on wavering scooters, in cold mornings and hot nights. In everything we found togetherness, we found love! Every so often she would come and put a black tilak on my forehead and say a silent prayer to ward off the evil eye.

"And while taking the last seventh step, they promise to be truthful and trustworthy to each other and pledge to be united always in friendship and harmony."   I have never had a problem in declaring that she is my best friend, my muse and my wife and in that order. If you cannot be friends with your loved one you can never be a complete person. One ought to seek perfection in human relations rather than material ones and your happiness is guaranteed. Harmony is not necessarily in convergence of thoughts but comfort in disagreement and the security in the space you give each other. And we have always had it. Now it was on me to continue to nurture that for the time remaining with me.

On taking the seven steps together, the bride and the groom prays to be together forever without having any clashes or quarrels to break their relationship and  not only thinking about their likes and desires but also about the entire family. Oh yes we did that and some more and now that I think of it all my regrets, real and imaginary have vanished. In my thoughts I completed and relived the Saptpadi and said a silent "I love you” as I lit her pyre!