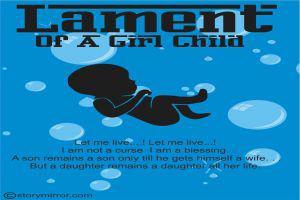 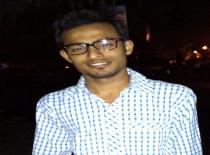 I am a healthy, 15 weeks old foetus having a normal heart beat of 120, playing, tossing around and sucking my thumb here in my mom’s womb.

My Mom came to know about her pregnancy, when one fine day she had to run out of the kitchen to the basin while preparing breakfast for puking. Though she had an idea of what was happening to her, she confirmed it with the two red dots on the pregnancy kit.

While serving the dinner to my dad in the evening, my mom shared the good news about me with him. As soon as he heard the news, he took the hands of my mom and started dancing. He was very elated, cheerful on the news that a baby is coming soon.

Everything changed from the day of announcement of my mom’s pregnancy. My mom was not allowed to do any hard work. Proper food, medicines and all other measures were taken for me and my mom’s safety. During these 15 weeks, I had grown physically. My legs and hands had developed and I could move all my joints and limbs. Although my eyelids were fused shut, I could sense light. My mom could feel my presence in her. I would even kick sometimes making my presence feel.

A lot of love and care was showered on me and my mom. I could even feel sometimes, my dad making love to my mom caressing her stomach, her navel, etc. He would even try to feel my presence and kick by putting his ears close to my mom’s belly. He would kiss on my mom’s stomach, talk to me trying to convey his love for me.

It was when I was just 12 weeks old, when I first visited the hospital along with my parents. The Pin-drop silence in the hospital was very new to me. I had never felt such silence before, not even at home. We were here because all my family members wanted mom to undergo some medical checkups. Though mom didn’t want to undergo it, she had no option but to follow the directions of dad and his family. The doctor did the required tests. After few hours, we left the hospital for home.

Everyone including my dad started forcing my mom to do something, something which was not correct, illegal and against my mom’s wishes.

My mom refused to follow their desires. In turn, she was abused and threatened. She was physically and mentally tortured. She was not given food, water and medicines which was necessary for my well-being. All the love for me and my mom vanished.

They had started acting like demons. My mom begged them, kneeled on her toes requesting them to change their decision, but all in vain. Being helpless, she couldn’t find any other option than to surrender and do as per the wishes of my dad and his family.

It was the worst night I had ever experienced. The whole night of my mom passed in tears. Nothing was normal in and around me. Neither my mom nor I had eaten anything since last night and in the morning too she did not eat anything. All this while, she just cried and cried but couldn’t melt the heart of hard-hearted people in the house.

After few hours, we were in the hospital. There was the same silence I had experienced 3 weeks before. My mom was continuously weeping and looking towards my dad in hope, expecting him to change his mind. But that was not to be. He was firm with his decision.

After few minutes, the nurse took us to the OT. My mom laid on operation bed, eyes filled with tears. She was weeping constantly. Expect for my mom’s weeping, everything was normal until an instrument touched the opening of the womb. I was frightened on the sudden attack of my comfort zone. I huddled myself in fear and turned around. Suddenly an instrument came inside snithing me into pieces. My hip was snithed first followed by my tiny legs and hands. My body was snithed as if I was a vegetable.

I silently cried in fright and extreme pain flicking my head back. I twisted and turned in pain, huddled to save myself from the instrument snithing me but all in vain. My heart beat increased by every bit of pain and fear and it even touched the figure of 200 while my body parts were snithed out. The doctor kept on his task, hitting me on my small and tiny head to break my skull so as to make it easy for him to bring me out.

The whole process of killing and murdering me which in our biological language is called Abortion continued for 15 minutes.

The only fault of mine because of which I was killed before my birth was “I was a GIRL”!

I am not a curse.

I am a blessing.

A son remains a son only till he gets married

Lament Of A Girl Child.