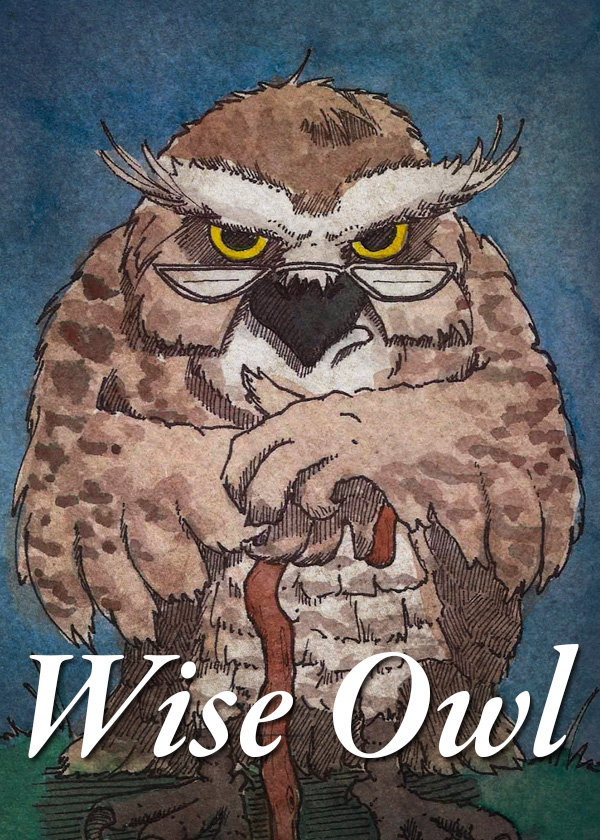 There was an old owl that lived in an oak. Everyday he saw incidents happening around him. Yesterday he saw a boy helping an old man to carry a heavy basket. Today he saw a girl shouting at her mother. The more he saw the less he spoke.

As he spoke less, he heard more. He heard people talking and telling stories. He heard a woman saying that an elephant jumped over a fence. He also heard a man saying that he had never made a mistake.