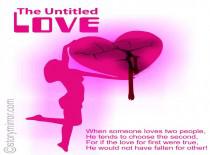 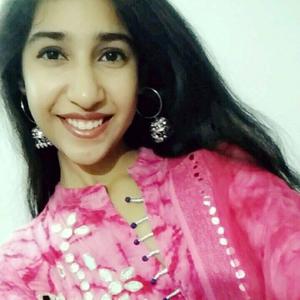 The madness was over, the conversations had ended.

My beautiful flight of love had landed.

All the rays of hope and love were gone,

And all the strength to wait for him was gone.

The other side was unaware of my feelings,

And I, of the other side.

My heart was hurt, my love was lost, but it refused to die.

I was travelling the same road

Which my dear one was travelling,

And we were still walking together

Just with our hearts apart and separating.

There was nothing but a wall of glass between us,

Which could not be seen but only felt.

Joys and smiles were lost somewhere,

And what we wanted was neither known to us, nor found anywhere.

The arrival of night broke my heart even more,

Because no book, no song and nothing

Could comfort the heart which was stole.

Silently and patiently I waited for my heartaches to die.

My silence those days became my loudest cry.

Days were passing, hopes were ending.

The broken heart still worked and the soul was mending.

The lost love was not found but a hidden care was seen,

Which finally comforted my heart and was enough for me.

When someone loves two people,

He tends to choose the second one,

As if the love for first was true,

He would not have fallen for the other one!

His love for me was not a lie,

Despite of the fact that he was the king of lies,

As an unheard feeling after being separated was still present,

Which refused to die.

He was the king of lies but had a golden heart.

He could only be left aside as he was a strong king,

But the procession of leaving, I could never start.

I was and am strong enough to live on my own.

But the only thing which shatters the heart sometimes,

Was if he stood beside, our life could have bloomed.