Boy was taken one day to a strange building by his parents and after some bewildering conversation with a man in a funny white gown, was fussed over and left in the company of an ugly lady in a short skirt.

This lady was to be called ‘teacher’ and the white gown was ’father’. This was confusing as Boy already had a father, who wore ties and suits, not funny gowns.

The boy wanted to cry but was too petrified to utter a word. He was taken by the teacher to a covered veranda, which was the kindergarten class. There he was stared at by a bunch of menacing looking strange boys and girls. On command, they drawled, “Welcome Boy” in what sounded like a frightening tone. The boy sat down on the spot on a bench pointed out to him, and kept his eyes firmly on the ground, avoiding meeting any of the malevolent eyes.

Strange rituals were being carried out of which the boy could make little sense. Periodically everyone chanted something; It was all going on in what Boy knew was English, but which he could not comprehend at all. The teacher also made strange drawings on a blackboard with chalk, and the other children did something in notebooks. The boy silently suffered through it all.

After a while, there was a bell, and everybody ran yelling, ignoring the teacher. The boy was left alone in the room with the teacher. But the teacher took him outside. His parents were waiting. The ordeal was over.

Slowly over time Boy got the hang of school. The chanting was rhymes which they had to recite, but which made no sense. The drawings were alphabets, which had to be copied, but he didn’t know why. The teacher recited the names of the children, and you had to say “Present Mam” Why, this was done, continued to be a mystery. The teachers spoke in English, and the children spoke in the local language, both of which Boy followed very sketchily. But, somehow, following what the others did, he muddled along. He was dropped to school by their chauffeur, Taji, but not in the car, which his father used.

His father loved to drive, and on his frequent road trips on tour, he took Boy and his mother along, as well as the baby sitter and chauffer, Taji and Eda. His father always drove, with Taji and Eda in the back seat, and Boy in between both parents in their roomy white Ambassador car. These were wonderful memories. Boy was very proud of their spanking new car, so different from the funny looking older models around those days. They travelled this way throughout Eastern and Central India, staying in Dak Bungalows and Circuit Houses. These were ecstatic days for the boy. But memory, the sneaky fellow, has wandered off again and has to be dragged back to school by the scruff of its neck.

We left the boy going to school with the chauffer, but on a bicycle! He loved the ride. Either on carrier or the front rod, breeze ruffling his hair, chatting with Taji, this was the only good part of the day. He would often plead with Taji not to be taken to school. Taji would come again during break carrying his lunch. Once again, pleas would be made to escape home.

Occasionally this was accomplished, with Boy’s mother’s complicity. Sometimes, the morning whining melted his mom, and class would be skipped. This cavalier attitude towards duty, and routine, with early encouragement, became a deeply rooted habit that played havoc with his academic and professional progress.

In school, he learned the rudiments of writing, or at least the alphabet. But he did not copy out his As and Bs in neat rows as they were supposed to. His was a large standing A, then a host of little ones around the feet, in the gaps, climbing up the sides. The Bs could face either way, or lie down on its back, or face down. This drove teacher nuts, and the other kids' copies were shown as examples, to little effect. Sometimes they would start in almost neat rows, but soon start meandering around like a river reaching its delta.

Boy also practiced his new art on the walls of his home. On discovery, his babysitter Eda was frantic and tried to clean it up. But Boy’s mother, on seeing his handiwork as the new interior decoration, was thrilled. Leave alone punish him; Boy was fussed over by his proud parents for acquiring this new skill.

Boy also learnt to repeat rhymes about some children who fell down and hurt themselves, mulberry bushes, and pleading for rain to go away, all of which seemed utter rubbish. But the worst was about an egg breaking. It had the word together. This did not sound like English to Boy. It sounded more like the local language, which, to his ears, sounded like someone gargling.

Boy loved the sound of the English language that his father spoke with his colleagues. He often imitated them, by rolling a piece of paper, putting talcum powder in it, and blowing out cigarette smoke, sitting on a chair, legs crossed over each other, going “Fush fash, swoosh, swish, ta da ha ha ha” Together didn’t fit in.

His attempts to correct the rhyme by substituting real English words didn’t go down well with the teacher who used the cruel punishment of asking another student, a girl, to twist his ear. The pain wasn’t much, but the humiliation brought tears to his eyes, and worse, his anger, misery and tension made him incontinent.

He always tried to hold out, as he lacked the confidence to raise his hand and shout “Miss Toilet!” the approved manner of requesting a break to relieve himself. But now, control left him, and he could feel a warm flood trickling down his shorts. Soon others noticed his wet patch and howling laughter and an angry teacher brought out the tears.

The next day, he pleaded with a passion never to return to school again. He could not bear to face those horrible kids. Nor could he share the story of his humiliation at home. But to his relief, his pleas were acceded to, and his brief stint with formal education came to an abrupt end.

The reason for this magnanimity was soon disclosed. They were moving to Calcutta! 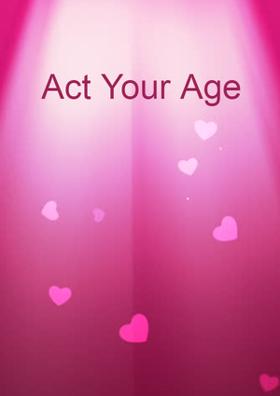