My first Punju Wedding (as an invited guest)

Bollywood has brought the Punjabi wedding into everyone’s drawing rooms, and nowadays most weddings in India have become Punjabi to some degree at least. It is THE Big Fat Indian Wedding, and plenty of celebrities from all over the world come to India to get married Punjabi style.

Punjabis are a boisterous ebullient lot, and everything about them is larger than life; none more so than the greatest spectacle of their lives, the Big Fat Punjabi Wedding.

During our impecunious University days, I had attended many Punjabi weddings, including one of our Deans daughters’, but not with the knowledge and consent of the hosts. The technique involved was walking in just behind the Baratis, or grooms party, clad in borrowed blazers, looking happy and confident. Being sozzled helped, as you could totally blend in. To allay any suspicion whatsoever, you could enquire after Pappu, a ubiquitous Punjabi name, and there were enough people by that name to avoid a mishap, everyone assuming you were another Pappu’s guest.

As fate dictated, I married a Punjaban myself, but this too was without the knowledge or consent of my in-laws or parents. Thus, though an impromptu bacchanal happened, there was nothing Punjabi about it. It did have one thing common with a BFPW though, in that there was nary a sober guest after the party, except the bride.

So, post marriage, the first wedding invitation I received from a BFPW, it being the nuptials of a cousin or something, I was excited. Coincidentally, the groom was called Pappu.

Let me explain how the wedding works. If a Sikh wedding, it will be in the daytime. The grooms party assemble somewhere close to the venue, and proceed in a boisterous procession to the brides place, the groom on horseback, a posse of cars following, and the guests performing a wild jig on the road, accompanied by drummers, a brass band, blaring music and roaring encouragements, all simultaneously, while being liberally plied with whisky, from a mobile bar at the back of a van.

On reaching the venue, there is a sort of dance-off, a final exuberant battle, and then the exhausted guests' troop in, to an incredible repast, washed down with more liquor. The bride and the by now almost comatose groom are whisked off to a neighbourhood Gurdwara for a brief religious ceremony, while the party continues unabated.

This is probably a throwback on ancient times when a raiding party assembled, did battle and defeated the enemy, read in-laws, and carried away the bride. The groom does carry a sword still, but the presence of the ladies, who are by far the better dancers, and who down their liquor disguised in cokes and juices, distinguish the procession from a war party.

Anyway, we joined the procession, and though itching to join in, I kept walking sedately, grinning inanely at everyone, the strange alien son in-law.

Finally, someone staggered up and asked me, with gestures and winks,

He promptly appeared with the necessary pick me up, and soon I was sufficiently primed to join the revellers in leaping around to the beat.

“Then you take non-veg too?” Not that there is any cause-effect link between the two, as I know plenty of such sakahari tipplers, but this was not the time to quibble.

“I take nothing else”, I clarified

Fried chicken legs appeared by magic, and the party went on.

“We thought that you Madrassis are total veg, don’t enjoy anything at all, but you seem all right”

This was no time to explain that

a) I was not a Madrassi, but a Bengali.

b) Bengalis are hard core non-vegetarians

c) There is no such thing as a Madrassi, there being four southern states plus Maharashtra south of the Vindiyas, and Orissa in the East

d) Most of these people are hardcore nonvegetarians

e) That most denizens of the Deep South will match a Punjabi peg for peg in liquor consumption.

f) Enjoyment has nothing to do with eating flesh or getting intoxicated.

But this was not the time or place for such philosophical discourse. I merely enjoyed the lavish hospitality and was relieved at being admitted as an acceptable in law to these spirited Punjabis.

The first meal offered to the guests is, believe it or not, breakfast. But it is a breakfast of… let’s say Punjabi proportions. There are pyramids of boiled eggs, plateaus of fried fish, and mountains of chicken legs….. I did not get a chance of looking at the groaning tables at the vegetarian counters.

Barely had the tables been cleared when lunch was announced.

Punjabi wedding feasts are always a buffet, never sit down. Once dinner is announced, a mad rush ensues. Seeing so many suits gallop down to attack the dishes, one may assume that food is about to run out, or the guests have been starving for long. Actually, the food is abundant, and the guests well fed, having just gorged on breakfast. The secret probably is that they being a martial race, and the fighting spirit not finding sufficient outlet in these peaceable times, battling over the food gives vent to the native instinct. The same spirit is visible when a Punjabi is behind the wheels.

By now I had proved my credentials by being partial to booze and chicken and not averse to dancing, or actually leaping around to deafening drumming while emitting war cries. Having accepted me, my generous and exuberant hosts kept plying me with food and drink.

My plate looked like a battleground after a vicious carnage. I looked around for a place to ditch the debris. Seeing my dilemma, a fellow guest kindly showed me the correct method of disposal. The venue being a covered field, all one has to do is move to a corner, and hurl the carcasses over your shoulder, making space for more on your plate.

I dared not try to find out how to make space in my stomach, to match the appetites of my fellow guests.

Since then I have attended many such feasts, strongly reminiscent of the last panel in an Asterix comic book, including occasionally the cheerful brawls and the shut out Cacofonix, and blend in perfectly.

Oh! Not quite, I have yet to master the ancient art form only exhibited during such celebrations; the all-male Naagin Dance. But more of that later. 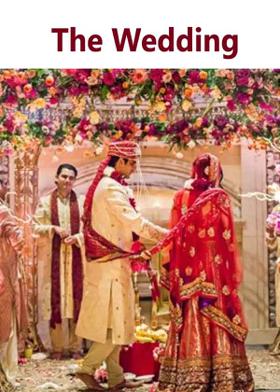 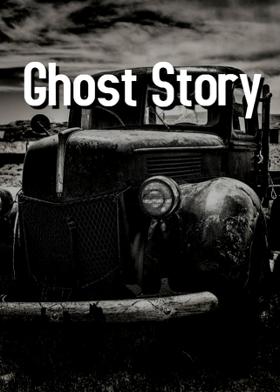