The sun dulled to a shade of green

A creature hanging there I hadn't seen

Seeming to be smiling at me, head tilted.

A mystical creature there only I could see

The sun eclipsed; the darkness brings

a creature hanging with webbed wings

seeming to Smile at me, with fiery breath.

A mystical beast, a Dragon I could see

It was not a span ago I remember

They needed and had asked to me.

To think of their form so bold.

To give them the life they knew of old

The mighty dragon hanging so near

brushing away clouds of innate fear

Yet held me safely in his mystical shade

A voice of an Angel touched my ear.

"Thank you for seeing my presence clear."

My dragon's form in infinite perfection.

Asking of me a new companion

Do tell me of this Earth so changed.

Now no castles and dungeons dwell.

Where I did roam for many years.

There Maidens fled in horrifying tears

It has been a long, long time for you.

Just wait I'll see what I can do?

I sat thinking for an unusual time.

But could only think of fable and rhyme.

It did come to me in the end.

Where a dragon could happily blend.

Disney was looking for something new.

Harry Potter was in a right stew.

Can you fly when asked my dragon of fire?

I told him of films and fun so grand.

Of castles built in another land.

Hold on! I said as I found a strand.

My Dragon and I headed for pastures new

A cloud of steam emitted from the stream

The mighty Dragon was just a dream.

At the bottom of the hill, dust settled around.

I felt such a fool, as I hit the ground. 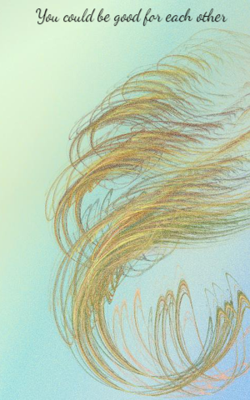