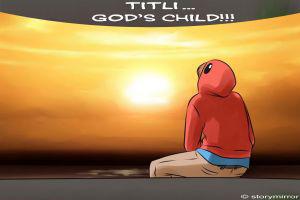 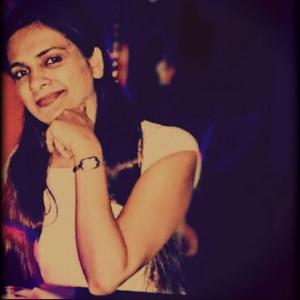 Life is all about being happy! Happy with yourself and accepting your own self. I learned this from Titli, who Titli? Surely not the insect Butterfly. It’s the pet name of Tanya, as she is fondly called by her parents and the closest of family members and friends. Born in a very well educated middle class family of Bengal where Butterfly is referred to, as Titli, quite commonly.

Being the eldest among the 3 siblings, Titli was always up to something throughout the day; never did anyone see her sitting idle, doing nothing. That pretty little charming angel always blushing like a cherry with a twinkle in her eyes, a glow of an unknown excitement, inquisitiveness about each and every thing happening around her, she wanted to know about everything and everyone would just keep on laughing with her innocent questions in amazement. Little did that angel know that it wasn’t long enough that she wouldn’t be around, soon she would be with the angels, twinkling in the sky amongst the clouds, and the only way to see her would be as - A Twinkling Star!!

Titli was having a pin sized hole in her heart which had restricted her life span to just about some more couple of years and that too if she was kept under strict medical supervision and utmost care. It was very hard for the family members to accept the reality, the fact that it wouldn’t be long when her chirping would no longer be heard in the house, when the heartbeat of everyone would stop for a while when she, would be gone forever !!  But the charm, innocence and the happiness that she had brought with her birth in the life of Mrs. and Mr. Ranjan was so much, that they never discussed her illness.

For the 12 Years married couple, she was a special gift from God to them, when after years of praying hard, God blessed them with their first, love child!! They say she is ‘Gods Child’. She has an out of the ordinary sensitivity, she is a Human Angel.

The Ranjan's had adopted these two little twin sisters from a local orphanage when Titli was around 3 years of age. It's been 3 years now and the 3 sisters are the energy provider in the Ranjan household and the eye candy of each and every family member along with the neighbourhood people.

Mr. Ranjan was working with the local area post office as the Head Post Master and Mrs. Ranjan was running a NGO for special children along with a small residential school, especially for those kids whose parents could not afford to send their kids for education due to financial problems.

The NGO was called Ashirwaad - For the Blessed & the School was called Sikshaa.
It's been around 8 years that Sikshaa, the brain child of Mrs. Ranjan is successfully running now. She also thought of the idea of giving an opportunity to anybody who would be interested to do any social service in any form and willing enough to impart education to the students in Sikshaa, to do so at their free will.
On a monthly basis enrolment for free social service was done, through which people capable enough to provide education or knowledge in any form were welcome to do so, to the students of Sikshaa, there were other 3 full time teachers and 4 staffs to look after other requirements of the 45 students in the school. Now, it’s the month of joy and merriment, as the time to enter a New Joyful Year is just round the corner, the school children are full of excitement & joy, since its holiday week for them, till they step into another year of their life , filled with new excitement, happiness and smile popping up in the so pure heart and face of the tiny tots, not to forget the boxes full of their favourite chocolates and gifts which their "She Santa Claus" brings for them each and every year just to make sure that the joy and happiness glows more and more on their faces along with the passing time.
It's the favourite time of the year for Titli, Pakhhii and Mithuu too, as they get to spend lot of good time with the other kids of the school and their share of the gifts.
All the kids running around, laughing, crying, amazed, some peeing in their pants, some just gazing out, making the few days of holidays the best ones of the entire year, with preparations going on for the new year performance by the kids to be staged in the school play area, it’s a mad rush of kids, parents and the school staffs, who are deciding and preparing for the makeup, dresses and props for the play.
Snow white & The Seven Dwarfs play, recitation of poems & singing are the performances for this year. Titli too is participating this year. So is she playing Snow white? No. She wants to play a dwarf! She says -" Maa I am also a dwarf, look, I look just like them. 'With eyes and heart full of tears, Mrs. Ranjan takes her child into her arms and holds her tight, kisses her forehead.’ The staff of the school gazing at the mother daughter love and affection, speechless, there are certain emotions where we fall short of words!! Something’s, no one can explain, it's only understood best, when we just see it with an open heart!!