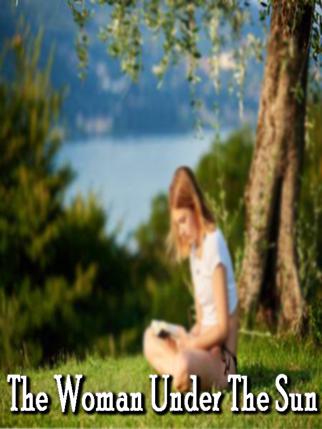 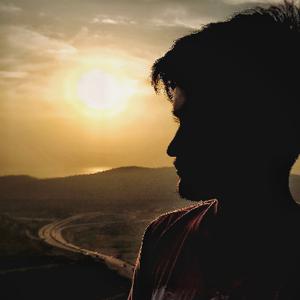 The Sun was scorching when I set out walking to my friend’s house on a hot Sunday afternoon. I usually don’t walk much, but as my cycle was under repair, I had to walk to his house. It’s a fifteen-minute-long-cycle-ride from my home, but I had no idea how much time it would take to reach there by walk, given the torturous, hot weather. I’m kind of an indoor person and don’t like to be out for long, especially when it’s so hot.

Ten minutes into the walk, my clothes were already soaked in sweat. Sweat trickled down into my eyes, which made it difficult to keep them open. The streets were empty as no one dared to come out in such extremely hot conditions. It was the time when people took their afternoon nap. I suppose that afternoon in March was the hottest day of the year till then.

A couple of minutes later, I came across a house, which could not be called a house as it was still under construction. The first floor was still being made. But, there were no labors or workers around.

“Maybe they’re out on a lunch break”, I thought. But then, I heard the sound of metal hitting some solid thing. On looking around, there was a woman, maybe in her early thirties, sitting inside a roofless room of the house. That was the only part of the house which did not have a floor above. She was beating big stones into pieces with a hammer.

She wore an untidy shirt around her saree and had a cloth tied around her head to prevent her skull from being directly exposed to the hot sun. I looked around again, yet there wasn’t anyone except this woman, who, surprisingly, had caught my attention and I stood there thinking why she’s working alone in such conditions. So, I went to her. She saw me coming, but didn’t stop working. I asked,

"Do you work alone here or are there other people too?”

She looked up at me and replied – “ There are other labors too. We’re thirty-seven in total.” Her voice wasn’t husky, but rather smooth. The hammer looked too big in her tender hand.

“So where are the others?”

“It’s very hot today, so sahib gave everyone a day’s off.”, she replied.

“Then why are you working alone in this hot weather?” I dropped another question on her. She was still focused in her work and not looking at me, she answered,

“So that I can get extra payment. If I don’t get the money, my children would have to sleep hungry tonight again.”

I felt a little sad for her, that in order to feed her children, she has to work so hard. I guess her husband might be a gambler or a drunkard or maybe both, who did nothing but snatch her hard-earned money for alcohol and gambling and then after getting drunk, beat her. I’d seen such people in movies. However, I still asked,

“What does your husband do then?”

She stopped beating the stone and with her dead eyes, she looked at me and replied,

“He died eight months ago. He fell down from the top of a building while he was working.”

After saying this, she again got back to her work.

I thought I shouldn’t have asked that. But I did, and the answer left me stunned. Everything that I thought about her husband a minute ago turned out utterly wrong. I couldn’t say or ask anything more. So, I decided to leave.

Like my arrival, my departure too didn’t matter to her. She continued breaking the stones into pieces. Of course, she had to complete the work to get the money.

The metallic sound faded away slowly as I walked away and soon it disappeared.

I wondered how much money she earned in a single day and was it enough to support her kids and maintain the household? Wasn’t there anyone to help her out? And for how long will she carry the household on her shoulders?

There were a lot of questions waiting to be answered.

I reached my friend’s house ten minutes after I left the house. He took me inside his air-conditioned room and gave me a glass of lemonade to drink.

Taking a sip, I could only think about the woman under the sun...