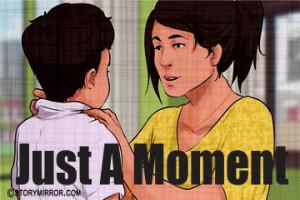 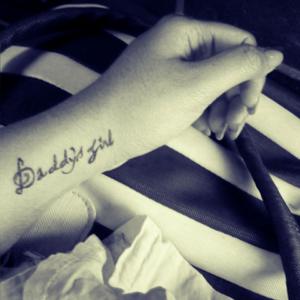 “It’s already 2 pm and I was supposed to receive my parcel an hour back. Where the hell is your delivery boy?” screamed Mrs. Kapoor, on her phone call, to the online shopping service.

“He is on the way ma’am, will be reaching you soon. Sorry for the inconvenience,” replied the customer service employee.

“Mamma! It’s too hot, could you make a Lassi for me please?” asked the 10-year-old Rohan, coming out from his room.
“2 minutes, beta!" she smiled and went to make one.

After a while, the parcel came and Mrs. Kapoor was stormingly serious, she clasped the pen and paper and scrawled her initials.
“Mamma!” beckoned Rohan.
“Coming beta! Just a minute…” she crooned to the kid and thrashed the delivery boy with fierce looks, “You never deliver on time. The worst service provider ever,” she mocked.
“Sorry ma’am. I was stuck in the traffic and the climate is too sultry,“ replied the boy, helplessly-- wiping the sweat beads on his forehead.

Just then, Rohan came there running—holding the glass of Lassi.
“Mamma! It’s yummy. Thank you so much” mumbled the little one, with a smile.
“Let me get you the money, wait here.” Mrs. Kapoor gruffed and went in.
“Uncle, what did you bring us?” asked Rohan.
“A parcel from EA Games. Might be a game or toy for you,” muttered the delivery boy.
“Just a minute, uncle. I’ll be back,” Rohan crooned and ran inside.


Mrs. Kapoor came back and stood there; counting the crisp notes yet again and Rohan came there, holding a glass of Lassi.
“Uncle, have it," said the little one, handing the cool refreshing liquid to the delivery boy.

Whereas Mrs. Kapoor stood there, witnessing the scene.

“Mamma! We are inside the house and feeling damn thirsty, look at him – he came for us, in spite of this horrible sun," said the boy, with an innocent smile.
“You are right beta! Thank you,” mumbled Mrs. Kapoor with an accepting smile.

She handed the money to the delivery boy and said, “It’s his birthday today," eying back to her child.
“He is certainly a good hearted kid, ma’am. May God bless him with a long life,” muttered the delivery boy, taking the money from her and putting the empty glass on the table there.
“Thank you, uncle. Bye!” mumbled the kid, waving back to him, holding the parcel.

The delivery boy smiled waving him and all set, yet again to spread much more smiles through his deliveries!

Life is a matter of minute moments. It just takes a few moments to share any emotion. Maybe while growing up, we leave many good habits in the due course of time and that’s the reason, the kids act more maturely in certain situations. Let's just take a moment to spread smiles and share the misery of our fellow beings. Nothing else could give the needed blessings than their smiles.