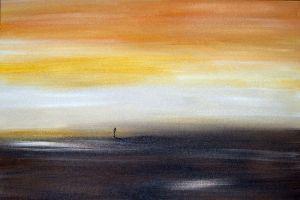 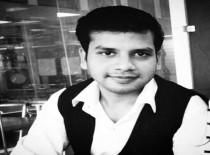 It’s morning time and I am sitting with a cup of steaming coffee in one hand and the newspaper in the other, as I read through it. A gentle, cold and soothing breeze greets me, with the novelty of this New Year welcoming with open wide arms. Amidst all this, suddenly, the flight of my imagination lands me on the boulevard of broken dreams. All the memories start fluttering like the pale pages of an old book.

It has been a year since it all happened but it still feels as if it all happened yesterday. If you ever have been in love, then you must know the feeling. It’s just like a thousand butterflies trying to flee from your stomach. You lose control over your heartbeat, day dreaming seems to be the best time pass, thinking of all the things you would do together with that special one. Even the most stupidest of things seem reasonable.I have experienced those moments too. I had someone special too but sometimes we just have to succumb to the circumstances.

It was the quest of finding ourselves, in each other. Two broken hearts, experiencing failures on the professional front, in need of a listening ear and the frequency of our emotions just matched instantly. From working to sorting, from listening to talking, from being busy to being idle, almost everything started to seem mesmerizing when we were together. Seemed like that out of the blue, Mr. Picasso, from his leisure time, had decided to gift us with the perfect canvas from one of his greatest creations. She was smart, vibrant and an extrovert. I was quiet, a philosopher and an introvert. She was a painter, I was the admirer. I was a writer, she was the reader. The reality itself was comparable to a dream.

Will the power of words exist if there is no silence? Sometimes silence is underrated but it can often be the best answer. We understood each other’s silence, as if we talked in vibrations. We named it as a ‘4G connection’. She knew what I was going to speak and I knew what she was supposed to hear but the words did not matter. Only the feelings did. We both did not want to be caught in the cobweb or the turmoil of giving the name to the resonance of our matching frequencies because matters of heart are always way too twisted. We just wanted it to be the way it was and thus only our instincts became our torch bearers. We were both in the pursuit of our own destinations, we knew our paths were going to diverge sooner or later but we also knew that convergence comes before divergence.

It is believed that when we reach our destination, all the difficulties end but sometimes on the contrary, it’s the onset of an unseen disaster. There goes a saying that there’s an end to every storm. Once when all the trees have been uprooted and when all the houses have been ripped apart, the wind will hush, the clouds will part, the rain will stop, the sky will clear in an instant and only then, in those quiet moments after the storm, do we learn who was strong enough to survive it. We both were, but not our instincts. Our destinations forced us to part ways.

Months have passed by and we both are in incomparable worlds. Looking for a reason for this tryst with destiny? Well, change is the only constant in this world and so is its implementation on people and their feelings. And feelings matter. Robert Frost said, ‘the best way out is always through’. I loved her enough to let her go.

And as I sit here revisiting the memory lanes, I am content but not regretful as it was because of her that I am a better person. Everytime I think of her, I am at peace. That’s what true love is, that is what I have learnt from her.

But yes, I agree, it is better to stop thinking about her, not because she has stopped thinking about me but due to the fact that she’s happy in her world, without me. Self punishment by brooding and over analyzing won’t help any of us but accepting and saying “Thank You for Loving Me” will surely do. Maybe being grateful means recognizing what we have for what it is, it’s about appreciating small victories and admiring the struggle it takes simply to be human. Maybe we’re thankful for the familiar things we know. And maybe we’re thankful for the things we’ll never know. Whatever it is, at the end of the day the reason enough to celebrate each moment of my life is that she loved me.