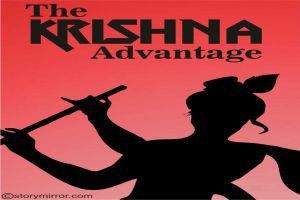 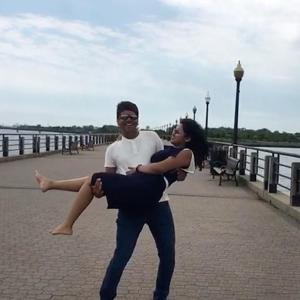 In older times, old enough to be termed mythological, the kings used to have a council of ministers, a Board of directors, who used to suggest various methods and tools to improve and expand their kingdom, generate more profits, while keeping the people happy.

Now, not all the kings were exactly concerned with keeping their people happy, they were more concerned with their exploits and trying hard for their names to be etched into the memory of all future generations to come. So, you have books and songs written about them, huge palaces built by them, and cities being named after them. Out of these kings, seldom came the ones, who had perfected the art and skills of management so well, that not only they grew to the divine status they deserved and commanded back in those times, they are synonymous to God even thousands of years later in this modern world. Lord Rama was one, Lord Krishna, another.

They didnt have any educational degrees back then, and neither the colleges which would specialize in such courses, so the practice of "branding" people with their educational qualification didnt exist. Whatever knowledge they possessed was majorly on account of them being earned through their initial years in Gurukuls and then while gaining experience when interacting with the world. It therefore, would be no smaller a feat, if a legend rises high, so as to attain a divine status. Sri Krishna had all what it takes to be one of the greatest managers of all times, and we are not talking of Bhagvad Gita yet.

Ethics first: So, Arjuna was the husband of Krishna's half sister. And that would make him an ideal choice for Krishna to take sides with. Why the dilemma then, when both Duryodhana and Arjuna visited him to ask for his help?

Being an upholder of Dharma, Krishna would never take sides based on relations. An attribute similar to the concept of Internal Equity in management terms.

So, Krishna not only gives both of them an equal opportunity to take him into their sides(and Duryodhana pretty much knows it, the reason why he approaches Krishna), he also decides to be fair again and asks Arjuna to make a choice between himself and his entire army. Arjuna chooses Krishna himself, and the entire army is given to Duryodhana. So, Krishna always put ethics ahead of priorities. But now the question, why did Krishna give Arjuna the chance to make a choice?

Why Arjuna? As per legends, Krishna was sleeping when both Duryodhana and Arjuna arrived near his bed side to ask for his help. Duryodhana arrived first, and considering himself to be the superior one, sat besides Krishna's head. Arjuna, who respected Krishna as a father-figure sits near his feet. When Krishna wakes up, he sees Arjuna first, and thus, decides to give him the choice of choosing first.

Krishna makes this decision, not because he knows that Arjuna respects him a lot and considers him a father-figure(that would have been a bad management skill!)

Krishna is always considered a father-figure, a Guru in the entire Mahabharata. If legends are to be believed, he has already shown God-like attributes and miracles before this setting. Still, Duryodhana, bitten by his ego, chooses not to respect Krishna, costing him the opportunity to make the first choice. Arjuna, a warrior himself greater than all his contemporaries, displays the qualities of a humble person. Arjuna places his aim and vision ahead of his ego and thus, Krishna chooses him to make his choice first.

On a side note, Duryodhana was quite happy on being given the army, this was what he would have chosen anyways.

Raas-Leela: I have never seen a divine and sacred term being misused and quoted in such derogatory terms as Raas-Leela, special thanks to Bollywood.

As per legends, in Raas Lila, Krishna plays flute and girls danced around him. The Raas Leela happens in dark forests, where the girls are away from security of home and family, yet feel secure enough. They dance around Krishna, not for any duty or custom, they do so for the love of him, at their own free will. Krishna is believed to be giving complete attention to each and every girl, and the moment they try to gather more part of his attention or feel Krishna loves her more, Krishna disappears for her.

The above setting is the perfect model of how an organizational setup is ought to be. Everyone feels equally appreciated and safe within the realms of the organizational culture. No one is supposed to be jealous and there should be gradual warmth among people. There should be perfect harmony, and its all in the hands of the manager, the leader, the Krishna.

On another side-note, Krishna was only 8-10 years old when he performed the Raas Leelas, so to use the term in derogatory terms by Bollywood is not only incorrect, it is highly stupid.

Commitments First: Radha was the first and the biggest love of Krishna's life. They loved each other like the body and soul(jeev-Atma and Param-atma). What then, made him leave her and travel to Mathura?

Krishna and Radha were together since their early childhood days. It is even believed that radha was born blind, and she gained her sight only after seeing Krishna. The childhood pranks, the games they played together and their celebration of Holi is legendary. But, as a child, Krishna never knew that he was destined to be a king, nor did Radha.

Once Krishna knew he was to kill Kansa and then be crowned as the King, Radha choses to stay back and keep alive the memroies of their love together. A staunch believer of Karma, Krishna knew his destiny was now different from Radha and their love would never be the same once they are together in the palace. Her staying back would etch their eternal love forever in the Vrindavan.

Krishna chose to follow his commitments over his personal prefernces. He could have chosen to stay back, but then the world would never have seen such a just and enigmatic King. The Mahabharat would not have been won by Pandavas, the Bhagvad Geeta never told. The power of letting your personal desires go in the pursuit of betterment of organization is what he teaches us.

The Strategist: Krishna knew, had guessed it from the start itself, that with a smaller force, the Pandavas dont have much of a chance against the mighty Kauravas who had the likes of Duryodhana, Karna, Bhish-Pitamah, to name a few. He also knew that though Kauravas would stoop low to unethical methods, if situation demands it, but the Pandavas would never do it under Yudhishtira.

As a smart strategist, he never broke any rule, but bent the semantics of the rules much to the benefit of the Pandavas.

He knew Bhishm-Pitamah would never attack a eunuch, so he asks Shikhandi to stand in front of Arjuna while Arjuna shoots his arrows at him. Arjuna vowed that he would kill Jayadratha before sunset and Jayadratha goes into hiding. Krishna stages a solar eclipse to make Jayadratha believe the sun has set and come out of hiding.

A good and ethical manager never breaks the rules of the organization and the society, but should be smart enough to bend these rules, being in the realms of ethical processes, to the benefit of his company.

The Motivator: And finally the Bhagvad Geeta. For the sake of upliftment of Dharma, and the destruction of Adharma, Krishna would never shy away from taking any step. Even if it would mean destruction, it would be creative. Arjuna was worried that the people he is fighting are his own family, and there will be blood shed. Krishna not only motivates him to gear up for the battle to follow, he emphasizes on creative destruction. He controls the entire army of Pandavas under his single command and guides them to victory, in spite of facing the mammoth Kauravas.

And to think of it, in the end, Krishna had vowed not to play any combative role in the entire war. He was there as a strategist, motivator, a guiding force, never really taking part in the war physically, the qualities a good manager ought to have. In-spite of a smaller workforce, he guides them to success, purely based on his management skills. Skills, which no one taught him,which cannot be imparted, he learnt it himself. Each chapter of his life, be it his friendship with Sudama, his friendship with Arjuna, his fight with Kansa, has a lot to teach us. No wonder, he commands one of the biggest headcount of devotees in Hinduism.