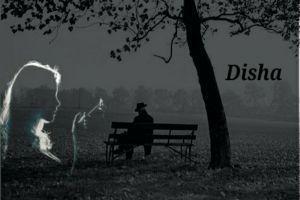 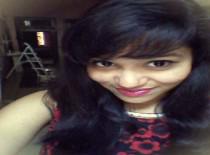 I was sitting on a bench, a newspaper in my hand, reading about some crap ghost story.

“Fools are these people! Publish anything nonsense,” utterly annoyed, I threw it aside on the Astroturf of cricket field of Kaushalya World School. It was in the wee small hours when a few boys were playing on the pitch. As a Cricket buff, I used to sit here every night and watch them play.

“You don’t believe in spirits and apparitions?” I just felt the presence of the girl sitting next to me since hours.

I looked at her. She was a decent looking young girl, not more than nineteen I’d say, with brown eyes and fluffy hair touching her waist. She was more than sheen if you ask me and was clad in a white frock going well with her milky complexion.

“Not really,” I replied, my lips widening into a tacky grin.

“Why should I? Give me one reason,” I tried being levelheaded.

“Why shouldn’t you? Give me one reason,” she’d made a point.

“Because they are absurd,” my tone was now a bit snappish.

“What’s so specious about that article you were reading?” she pointed towards the laid newspaper flickering with the sway of chilled breeze.

“A girl. She died. What is there to make you think of a ghost?”

“There is something,” she nodded in accord with my word.

“You seem to be a serial advocate,” I beamed.

“Yup and when you’ll listen to my yarn, you too will be able to believe.”

“Is that so?” I raised an eyebrow.

“I can bet on my life,” she challenged.

“It started when ” she began.

Disha was new here. New in her new house at her new colony she wasn’t feeling really fond of.

“Mom, I’m telling you. There’s something not right about this place. Priya told me how someone had got murdered here once, and you remember that watchman? He said the same.”

“The watchman was barmy, just like you!” she said annoyed.

“I’m not barmy, mom. I’d kept my keys in that cupboard and found them in my room the next moment and a spoon I’d washed, it was found tainted again!”

“It was me who had displaced the keys, and your dad could have used the spoon,” she tried to explain.

“But how is that possible in a moment’s difference?”

“Your dad and I are superheroes, champ! Now stop thinking about it. I’m leaving in five minutes, and your friends would be here by twilight. And don’t recite to them this numbed story. They’ll get scared stiff,” she grinned irreverently.

They left, and Disha started waiting for the clock to strike seven and her friends to come over to enjoy the IPL at her house. Such crazed cricket buffs they were!

Soon the moment came up when she leaned over the balcony, her friends standing twenty meters away at the main gate of her house waving to her. She waved back and went into the living room to switch on the TV. After just ten seconds, she arrived back to the balcony to find them ‘missing.'

Had they gone out? Or were they in? But how could they be so swift to move at such a minor clock?

She walked back to the living room, befuddled. And there they were! With their backs towards her, facing the television enjoying the match without her.

She was shocked. How prompt!

“Nikhil! Srishti! Priya?” she called out. It seemed as if they were paying no heed to her. Not even a single turned back out of the three.

“Guys? You came in?” she kept her hand on Nikhil’s shoulder.

He turned around. Have you ever seen a face with no eyes, nose, mouth, ears or other sense organs? Ask Disha how wretched it can make you feel.

She ran out of the room and locked it from outside to find another shock. Have you ever seen what color the dusk is? It’s somewhat dark blue or black if you say so. But will you ever be able to imagine red? Ask Disha. She knows how frightening it can be to see something so eerie.

She couldn’t hold it anymore. She ran to her room. But how would the thing end?

She locked the door from inside and turned around to find a man standing there, red-eyed, red teethed exposed in a wicked grin and a bloody knife in his hands. He tried to stab Disha. She escaped and ran into her bathroom, the last space to conceal. And she had no idea when she closed her eyes to get lost in the dark world of unconsciousness.

Her eyes opened to find her mom in tears giving her anticipating looks.

“Disha! My baby,” she whispered.

“Ma…” Disha replied. She sat up. Her dad was there too, and they were somewhere which looked like a sanatorium.

“Where are they?” she cared to ask.

A frown of grief on their forehead was the only reply she could get. It wasn’t the answer to her query. She stood up and ran outside before they could ask her to cease.

On the corridor, she saw all her friends’ parents wailing and lamenting. From a ward came out three bodies. Nikhil’s mom removed the covering to give Disha another shock. The other two faces were gradually revealed by their relevant guardians.

One month had passed after those ominous incidents with her friends. Her parents finally believed her and shifted to a new house in Amravati colony of New Delhi. This was a place she thought to be okay helping her recover from the most dreaded wounds any teen can ever get.

One night, Disha suddenly woke up of her sleep. She realized that she wanted to go for a leak. She walked towards the loo. She went in and switched on the light. It didn’t turn on. She further tried all the switches regarding that she could be mistaken as it was a new place for her. But nothing worked. As she gave up and turned back, the light switched on itself. Being drowsy, she disregarded the thing. As she then switched the lights off, it didn’t work again. It had never happened before so she decided to call a mechanic at morrow. As she went out, the light flickered and turned off itself. She shook her head disapprovingly and moved towards the washbasin. While washing her hands, her eyes moved towards the mirror. She was flabbergasted to find all the three of them – Nikhil, Srishti and Priya standing there with her. She looked around to find no one. But it was enough to make anyone piss its pants. She ran out straight into her room and opened the door.

As she tried to rein in her grave breath and vigorous heartthrob, she looked at her bed, and there she was, already sleeping.

“How was it?” she asked after completing the long indescribable tale.

“Oh my god! What was it?” my heart was flogging the same way.

She replied with a gorgeous smirk.

“But I don’t think you’re able to accomplish the bet. It was just a story. How can it make you believe there was some ghost or anything?”

“You want to believe?” she asked perplexed.

“That was what our bet was on,” I shrugged.

“Lend me your ears,” she gestured me to come close. I followed.

“If you trust, then you’ll believe,” she whispered in my ear and blinked at me twice.

I stared deep down her sphinx-like eyes and then at the lolling newspaper. Suddenly a stroke of breeze flipped its side and revealed the other half of the article with a picture. I read the heading for the first time.

And then I looked at the picture of a girl in white frock, the same hair and the same face. I froze…

My head turned towards her just to find an empty bench with no trace of any Disha that ever existed!