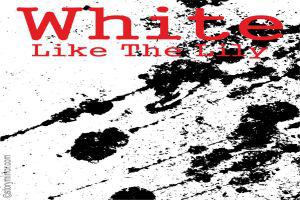 Lily saw the sun hide behind the shadows of twilight and bid it adieu hoping to see it the next morning and hopefully, she will be holding her new princess doll then, all dressed up in her satin soft frock with its golden blonde hair tied up in elegance.

She couldn’t seem to sit tight with excitement and her plan to wait in the front stairs till papa comes home was put to rest when the clock struck eight, hours after sunset telling her that it was time to go to bed. Lazily she dragged her feet, peeking over her shoulder one last time for daddy’s car to drive in and some sheer magic to happen. “Magic is for fools!” echoed Kathy’s voice. ‘Then I am a fool’ thought Lily.

It was hard to sleep that night for Lily, all she could think was the beautiful doll that papa promised to bring home.

The sun shined its virgin rays onto Lily’s face as she woke up to the golden mirage that the world turned out to be that morning… “Papa..!” she jumped out of the bed ready to say hello to her new doll.

Kathy had red eyes that morning when she saw her and papa was nowhere to be seen with his usual cup of morning coffee, “Hey Kathy. Where is dad…? Out for a jog?” Lily rested her question and her big green eyes on Kathy face to see an uneasiness that had never shadowed her picture perfect ‘miss world’ face before.

“Err… he is in the hospital Lily, he got hit yesterday on his way home. Get dressed, let us go and see him.” Kathy’s cold distant voice answered her question. Kathy looked pale, shaken and shocked. Lily didn’t know what exactly to do next except all she wanted was to run into her dad’s arms and get a tight big hug from him. The hug that made it alright to breath and exist in a world that otherwise seemed hard to survive in.

‘Oh Dad… I hope he is alright’, Lily thought. The sweet little girl’s fair rosy face was etched in concern and that concern seemed to have stained her thoughts too with a fear, a fear that was born from losing that which meant the most to you in the world.

“Dad, are you okay? Dad. Come on talk to me. Dad...?” Lily placed her soft small hands on John’s face letting him feel the fear that was creeping up on her. “Dad please don't leave me alone, Dad I have no one but you. Please dad be with me.”

John raised his bruised hand and let it sooth his daughter’s fears away and whispered “Darling you know that you mean the world to me, right? Kathy is going to be there, okay… don’t be scared. I am always there with you. Right here” he said placing their tightly held hands together on Lily’s chest. “Always, Lily. Whenever you need me. I am here. Be a good girl now, ok?”

The machine that showed zigzag lines till then started beeping loudly and doctors rushed in on John. Lily stepped back and kept going until she hit the wall. “Dad…?”. She felt the fear having its last laugh that day, murderously smirking at her in a deadly menacing tone.

Kathy drove away the next day towards her modeling dreams, leaving behind the memories of a relationship where she had always come second to Lily’s needs, John had cancelled on their anniversary dinner that night just so that Lily could have a princess doll. She never even looked back at the small girl with golden hair, smudgy green eyes and scary loneliness waiting for her to live with waving goodbye to the last person her dad had promised would be there for her. Lily tasted her fears that day.

There was no dad to make the world easy to live in and all the promises were broken like her dreams, leaving her alone and not even a princess doll to keep her company but the stunning brutality of silence. That day, Lily was introduced to a world that had broken her heart and bruised her soul in a weak moment letting her dark fears find its way through the light and have its final say.

That day, she embraced her fears that had become her reality.

Walls. That was her magic spell to fight, to keep the world from getting to her. Lily built high and mighty walls from her painful silence and deep cut wounds that fate had tattooed on her soul. She grasped the ugliest shade of pain that is and made it into her weapon that kept the world from hurting her ever again; it was the pain of losing someone you love.

A flash of bright light interrupted the darkness.

“Hey honey, wake up darling you are shivering. Lily, hey it’s me, David. Honey wake up.” Her big green eyes flew open to stare at a blurry face and bright light seeping in blinding the dark. She was in a room painted blue and on a bed with someone trying to calm her down.

“Hey, what happened? Are you having a bad dream honey? Baby I am right here, okay? Come on tell me what happened.” David held Lily’s face just like you would hold a lily flower and spoiled her with concern. “You okay?” Dave kept asking.

“It’s nothing really, it’s just some old stuff, I … it just rushed back to me, you know dad and …stuff.” She swallowed hard trying to even her heavy breaths and trying to recollect the broken fragments of her shattered long forgotten memories.

“It’s fine. You can tell me Lill; hey it’s me your David.” She rested her head on his chest and he hugged her. The hug, like her dad’s that made it alright to breathe and exist in a world that otherwise seemed hard to survive in.

“David. I love you. David it scares me that you mean the world to me, despite the walls… you broke them down. You took your time to see what was beneath all that and please, please know that you are my hope, my light… my…”

She rested her shaky arms on David’s broad shoulders to steady her thoughts that were running wild in her head; she felt a need for him then like she had never let anything else make her feel. Her old wounds were opening up again, and she needed him to be there this time. She needed him to exist.

David leaned in to plant the softest ghost of a kiss on Lily’s cheek and breathed back. “Baby, I am going nowhere. Do you hear that? I am staying right here. I know your dad left, I know that promises that mattered to you were broken, but that was when the universe didn’t have us together. You get it?”

“I have been through a tragic war that tore apart the people I knew into pieces and you have been though pain that never really went away, but trust me Lill, together it’s going to be okay. It’s us now. Not you and me, it’s us.”

Lily looked into David’s eyes and saw what she yearned to see for the first time in her life. Magic. It was the most extraordinary phenomenon she was ever a part of, to be someone’s and to have someone to be there for you. It was a magic that put the dark shadows of her fears to shame and shone so brightly that made her believe, again.

“Magic is for fools.” reminded a distant memory of a disturbed soul.

To believe again in a world where her heart was not the victim of brutal severe tragedies and pain was not a constant companion. ‘if magic is for fools, then let me be one, because without that little something to hold onto, to have and give and believe in, the world is nothing but a scary dark mass of pain.’ Lily’s thoughts echoed through the brutal silence that had fed on her fears till one fine day David walked in with his share of wounds and bruises. Together they fought through the silent pains of life and found a space, their space rather where everything was at least for once, sunshine and lilies.

Lily held David close so that nothing came between them. The sun was beginning to rise, spreading its intoxicating glimmer and shone through its fifty shades of dawn bringing out the magic in the air and all Lily saw was how David’s eyes gleamed that morning mirroring the dawn in them.

She thought, ’Hey, which brave daring hero doesn’t have his dose of tragedy that pushes him over the edge anyway; I mean Superman had his kryptonite and so did Hulk, then why can’t I have my share of dark fears and broken promises too?

We all fight, but what we don’t realize is that we are all in it together.

To love and to believe in a power to which our eyes are blind to but heart is loud, to give away your heart with all its stitches and subtlety and trust another soul with your naked self is in itself the hardest war to wage there is, and the irony is that we may all seem alone in our struggles in our own separate spiteful universes, while we are all together in the loneliness that defines the war’s first-class brutality.

Lily found magic in her love that broke down her walls of dark fears and that sunrise bore witness to a little girl’s fears walk away in defeat as two war heroes drank in that moment of ecstasy. But little did they know that the cruel truth that death is was waiting its turn, spying on their private moment of pleasant stillness as the clocked chimed away to another war to fight through.