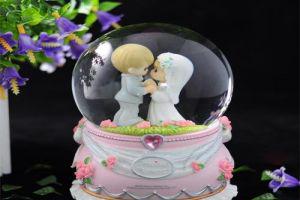 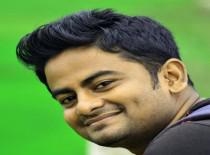 “A Souvenir” is an item of sentimental value, to remember an event, location, person etc.; in love, souvenir is a beautiful thing, a materialistic non-living entity that is imparted life by the magicians involved, with their magic called love. But all the relationships are not meant to go the distance, some fall apart as life and practicality negate love. But what happens to the souvenir’s that once being puerile in love we gifted to the one we loved, that once had the worth more than a folly? Sometimes the melee’s go so long and irritating that relationship’s dwindle and inexorably breaks and in the turn we break the souvenir’s that once we imparted life, after all we are humans and we change.

“Why do they always have to fight?” Anushka asked.

“So that they can love each other more and more, baby”, Ansh replied kissing Anushka on her forehead.

Anushka and Ansh had been living together since 3 years. They had this little but cozy house with a pool where they always immersed themselves with love. Ansh never left Anushka for a second and neither did Anushka, their love story was like a fairy tale that being they were always in love and they were always together.

“Oh! Please, you are such a stupid, they have been fighting since one year and haven’t you seen, both of them come with another partner when they are alone at home.” Anushka ended it with a sad tone.

“No, seriously, don’t you think something is seriously wrong, I mean them and us moved in together, and they were so adorable then, perfect couple I would say” she said sadly.

The melancholia in Anushka’s voice moved Ansh, “Look darling, love is essential for bonding, but then there are other things, sometimes love isn’t enough to hold a relationship forever. When we are in love sometimes we compromise mentality, demeanor, ego etc.; because we are so much desperate to be with him/her that we get blind, but once we get into it we ponder about it, which inevitably leads to complete destruction of love. Sometimes people know that, so they act maturely and sacrifice, so that their love remains and that’s actually a wise decision. After all it is better to gain something than to lose everything.” Ansh proffered.

“Hmm… You are intelligent, what about us? Isn’t love enough?”

“I promise I will never ever leave you.” Anushka said emotionally.

“I don’t have a doubt, but you never know we may get separated, because of people or a calamity or an irrevocable situation.” Anurag said it, knowing that the end was near.

“Don’t worry, nothing will happen, we are glued to be forever”, Anushka said smiling.

Ansh smiled looking at her, she was so happy in her world that she had forgotten everything else, she had forgotten the reality but he knew everything was going to end, so he thought it was better she goes happy till the end and never know the pain, because he knew death for both of them would be together and no matter what, it was imminent. Sometimes in life for the sake of somebody you love, some things are better to be hidden.

“So this it, you asshole you are here with a divorce paper”, the woman screamed.

“Yes, this is the end, it was going to happen one or the other way and I took the first step, I am tired of all your bullshit.” The man’s pitch was higher.

Anushka and Ansh were startled. “Shouldn’t we do something”, Anushka asked Ansh.

“Baby, even I want to help them realize, but we can’t, it is impossible”, Ansh coughed as he said.

“I want you to know something, no matter what happens, I love you truly and wholly and I always will”, Ansh looking into her eyes said those words.

“What’s wrong? I am afraid now, why are you talking like this?”

As they were in each other’s arms, the repugnant behavior of the man and woman towards each other increased.

“You fuck with other women, don’t you”, the woman said.

“Oh! Yes I do, and I am very much in love with her”, the man screamed.

“And what about you, don’t you? I fuck the woman I love, but you fuck whoever you like to” the man screamed.

“Yes I do, because I know you don’t have the balls to do it, you are not man enough”, the woman screamed with her highest pitch.

Embracing each other Ansh and Anushka sat hearing all this. Ansh without the knowledge of Anushka sobbed quietly, he knew that the end was near. Suddenly, the water started shaking, bubbles and froth was seen to form in the pool.

“Ansh I think it’s an earthquake, we should leave the house”

“No, just hold on to me tighter”

All of a sudden, the glass shattered into pieces, the water of their beautiful pool flowed in the solid marble floor. Anushka and Ansh lied away from each other for the very first time, it had all ended.

“You shouldn’t have done that”, picking up the pieces of the broken souvenir, the man said sadly. The woman didn’t speak anything and wept, which ultimately transformed to a wailing.

“Do you remember I had specially made this for us, so that the dolls look like caricatures of us”, the man for the very first time spoke with poise. There is always a limit to everything, and the limit is quite vivid because it is so dire a situation that we succumb to the very sight of it.

“Yes I remember and I also remember that I had named them after our names, the boy Ansh and the girl…”

“Anushka”, Ansh interfered Anushka. There was an ephemeral silence in the air, a strange serenity that is sensed when something is obliterated which haunts us till the death bed.

“See, we broke the most beautiful thing of our life, the souvenir of our love, you know I always fanaticized that they had life and they were never meant to be separated from each other as they would die without each other. They existed because of our love but now they are separated as our love dwindled, like our dead love, perhaps they are dead too.” Anushka said whimpering.

As tears rolled down from Anushka’s eyes, she signed the divorce papers and there on the hard marble floor, built with a lot of dreams, forever lied Ansh and Anushka’s mangled love as the broken souvenir.