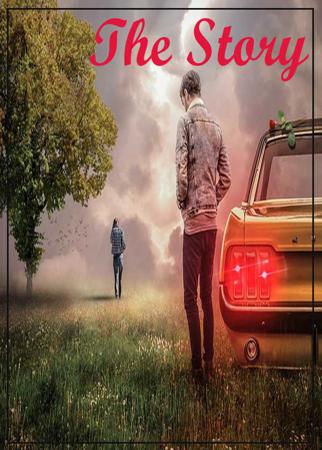 After winding up her household jobs Aditi sat on her desk in the office room and switched her laptop on to edit the stories that she has to publish in her online magazine this week. She had found her true calling in writing and had quit her job as HR Manager to pursue her passion. Within two years of publication her e-magazine "Stories Online" was among the top ten e-magazines in the country.

She put her reading glasses on and clicked open the first story that she had to edit and approve. It was from Mr. Sam - the star-story writer of her magazine. His stories were huge hits and she had to acknowledged that his stories had their own share in aiding the magazine reach the pinnacle of success. A welcome smile hit her lips as she started reading the story.

It was about a wife who received a pair of diamond earings by courier as a surprise gift from her husband. Aditi's eyes twinkled with joy as she read about the wife's elation. But as the story proceeded she discovered that the husband was cheating on his wife. He used to order for a set of earings and necklace from his friend's jewellery showroom on pretext of gifting it to his wife. But sent only the earings to his wife. The even precious necklace went on to adore the neck of his girlfriend. Aditi was absolutely impressed by the storyline and the way it was told and hence she approved the story with all her heart.

As she was about to turn to the next story, her doorbell rang. She opened it to find a courrier boy. She signed it and received the packet. She came back to her office room and tore it open. She was dazed to find a pair of diamond earings in it. There was a note beneath the earings which told her that it was from her husband. Aditi was overwhelmed and picked up her mobile phone to call her husband and thank him wholeheartedly. But then her gaze fell on the story she had just read on her laptop. She was in a dilemma now. Just to assure herself, she decided to call the jewellery shop.

"Good morning, Svarna jewellery. How may I help you?" The receptionist asked.

"Hi," Aditi mumbled, "I'm calling from Mr Jayant Mehra's office. He has placed an order with you. I wish to know by when you could deliever the order?"

"Just a minute Ma'am. Let me check. Please hold on."

"Ok" Aditi said with pounding heart as she waited for what it seemed to be an eternity.

"Yes Ma'am, Mr Mehra has placed an order of a diamond set of necklace and earings with us and it has been delievered this morning."

Aditi hung up immediately as her world came shattering down. She waited for her husband to arrive and pounced upon him as soon as he was back from work.

"So how long have you been cheating on me?" She asked as her eyes pierced through him.

"What?" He was astounded.

"Don't pretend to be innocent, Jai. I know you have ordered a set of necklace and earrings from the jewelry but have sent me only the earrings. The necklace, I'm sure, will be hanging around the neck of your girlfriend."

Jai had a hearty laugh as confused Aditi glared at him.

"You are right," he said as he caught his breath, "the necklace is of- course hanging on a girl's neck but not my girlfriend's because I don't have one. It was sent to my sister as a gift on her wedding anniversary."

Aditi remembered that it was her sister-in- law Varsha's marriage anniversary next week.

"When I went to the jeweller to order a necklace for her, I thought of you and ordered a pair of earings for you as well."

Aditi's eyes filled up with remorse and Jai hugged her as he forgave her.

The next day, she called Mr Sam to compliment him on his story that has become an immense hit.

"What more, Sam?" Aditi was confused.

"The second part of the story narrates how the cunning husband succeeds in fooling his innocent wife by telling her that he has ordered the necklace as a marriage anniversary gift for his sister who has been living separate from her husband for years."

Aditi slapped her head as the thought never crossed her mind yesterday that Varsha and Vansh were not been on talking terms for years but were avoiding a divorce only for the sake of their children and hence were never going to celebrate the anniversary of their meaningless marriage!