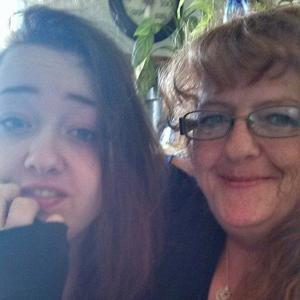 The ushers outside guided our cars into the parking lot where I pulled in next to my son’s jeep. Taking a deep breath to keep from hyperventilating, I smoothed the fabric of my dark, cotton blouse, picking off imaginary lint from my slacks. This was the moment I'd been dreading now for months after the initial cancer diagnosis, the moment of ubiquitous tears and backhanded smiles. The moment you make your appearance like some queen of the dead and everyone looks at you with upside down mouths that murmur sorry's and touch your arm as they're thinking about who 'liked' one of their posts on Facebook. Pushing back the bile, you walk through the gantlet praying one more person doesn't touch or hug you because, by all pretenses, they couldn't stand you to begin with. You make your way up to the coffin, dreading it, wondering, who in God's name ever thought viewing a dead body encased in piles of makeup and wearing clothes they never dreamed of wearing when they were alive would be a good thing? Hearing snippets of conversation like, 'he looks good, though,' and 'they did a wonderful job with the makeup', and thinking, "Who is this wax figure who was watching The Walking Dead with me this past Sunday?" and not believing it's him.

Stiffly I kneel, hands clasped, spine rigid, looking down at the man who single-handedly destroyed my life. Cancer took most of him, leaving us the carcass. The skin draped tightly over bones, eyes sunk deep into his hairless skull, I wondered if he'd made his peace with God. I wondered if he was sorry. If only he'd just said it. Just once. It struck me, then, perhaps he really and truly believed by doing what he did, he was showing me he loved me. I knew I should try and squeeze a few tears out or be I'd talked about for ages. "She didn't even cry!" No, I didn't, but I'll try. I didn't weep during the whole wasting away thing, nor as he cried out in pain as he called my name out in the middle of the night. I did my duty and cared for him, like any loving daughter.

When I decided I'd been kneeling long enough, I stood, forcing my legs to hold my trembling body and listen to a eulogy, remembering when my father's brother died. My cousin walked up to the podium with a paper in her hand and read something she wrote for him on paper. It told of all the wonderful attributes of my uncle. Loving father, grandfather, provider. She shared memories I didn’t have of my own father whom I had to search for and didn't find until I was fifteen-years-old. He'd signed me over to my mother's new husband when I was only two years old. Thirteen years later, he ruined me. I remember openly crying as my cousin read, not from sadness, but anger. The sorrow on her face was truly genuine; the joy as talked about him, animating. I know I should cry! Why can't I? Come on, come on! Just a few tears! Stubbornly, my eyes remained dry.

At the grave site, my son's arm draped around my shoulders comfortingly, we listened to the priest talk about 'the man of very few words', my life flashing in fast motion in my head. The life his actions gave birth to. Addiction, low self-esteem, bad relationships, lost careers. The anger I felt was insurmountable. I felt my nails dig into the palm of my hands as my fists clenched with unresolved anger and had a vision of myself pounding my fists on his coffin in rage as I screamed, "Why? Why? Why?" Instead, with a lily in my hand, I bade my legs to move forward, placing the death flower on top of the coffin before it was lowered into the earth. I managed a sob, which actually made the fact that I was tearless moments before look like shock. Then, one by one, the small group dissipated until all that remained was my son and me.

"You going to be okay?" he asked, brow furrowed with concern.

"Of course, you go on, I'm going to stay for a few minutes," I tell him, kissing his fuzzy cheek. My oldest son is a blessing.

He nods and turns to leave, but thought better of it and came back. Looking down at me, he pulls my chin up with a crooked forefinger, making me look him in the eye.

"Just forgive him, mom. Okay?" he asked, tears shimmering. Then he turned and left me standing there to face my demons.

His words echoed in my head over and over. "Just forgive him."

The tears came. All the tears saved up from years of failures, bad choices, and regrets. They came from deep within, purging my soul from all I'd kept bottled up inside. The words never were spoken, spiraled out of me in a torrent of rage and sorrow.

"You knew better! You knew better, yet you still did it!" I screamed, "Why? You could have at least said you were sorry! Just once! It's all I would have needed to carry on! I trusted you!"

Then a vision came to me. A vision of a weak, timid man whose spine was twisted and bent, his eyes mistrustful and empty. He lived within a fortress of walls, tiny and helpless within, hobbling around in circles as he sought a way out. That was my father in there. I felt something happen in my heart, a release of emotion so powerful, It drove me to my knees. He'd built those walls over the years, tall and strong, to keep out the demons that haunted him since childhood. Surrounding himself in silence to keep them at bay.

I felt humbled by the strength of my conviction, finally understanding that it was he who was lost all along.

The moment I said it, I was free. I was finally free. The shackles of shame released my soul, feather light.Taking one last look at the grave, I turned and walked away. I wouldn't be back, I did my time.