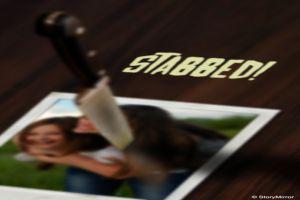 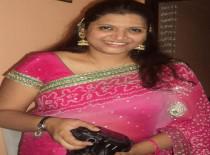 It was June of 2014, I was sweating my way out of Bapu bazar. Even in this scorching heat people were shopping as if a curfew was to be called on next day. I fumed. It was a chore for me, something I couldn't avoid, after all it was my daughter's sixteenth birthday. I had to meet Tara's expectation, she loved parties. I had decided that I would not leave any stone unturned. It was going to be a surprise party, so the organizing responsibilities were completely on me. Just when I was almost done with my shopping, buying the last of decorative items, I mistakenly stepped onto someone's feet. I turned to apologize and to my delight I realized she was my long lost college friend Tarana. In fact, I had named Tara after Tarana.

"Where had you been all these years, my god. Tarana! It's been ages."

"Hi, my dear! Yes, I completely lost touch, I agree. You look lovely, not a year older than what you were in college. And yes, its been 20 years. I have always thought of you and what a delight to find you."

"In this day and age you can manage to not be in touch Tarana, that's something dear! Now quickly give me your number before you get lost again."

"Of course Vasudha, now that we have met I am not going to get lost again, I promise."

"Tarana, tomorrow is my daughter's birthday, so please come with your family".

We exchanged numbers, it became difficult to continue our conversation at the shop, so we decide to step into a cafe. It had been twenty years. We had to catch up on a lot, both of us were excited to meet each other and wanted to know everything about each others lives. In college, we got along like a house on fire. There were just too many memories with her and of course Vasu. That is why she was special. She was witness to my relationship with Vasu. Meeting her flooded me with memories of Vasu, I just wanted to relive those moments.

"So tell me, Vasudha what have you been doing?"

We found a cozy corner and ordered coffee. I had over the years had taken to drinking black coffee, she ordered Latte.

" I have opened my own firm Tarana, I tried working at corporate, but it left very little time for me to be with my daughter. And what about you topper! You always topped the class."

"I am a full-time homemaker, dear. I too have a daughter like you, we have named her Sudha," she lights up at the suggestion that it originated from my name, "It seems even though we were not in each other's lives, we still were. I can see that Tara is really close to my name"

"Oh yes Tarana, it has indeed originated from your name. And now will you please excuse me as I really have to go. My daughter must be back from school. See you tomorrow with your family at my place. And you have not yet given me your address, never mind shall take it tomorrow."

"By the way, where is your husband working, Vasudha?"

At this query, I really felt constrained. I had decided to tell Tarana but in a more comfortable environment. Never the less, I decide to spill the beans.

"I didn't marry Tarana. I couldn't. After what happened with me and Vasu, I just didn't want to marry anyone, couldn't trust anyone. Tara is my adopted daughter."

I got up, picking my numerous shopping bags. Tarana looked sad and shocked, but that was the reaction I expected. I had grown used to people's reaction to my status. They behaved as if a catastrophe had struck me. In reality, I was very happy and peaceful. For my natural needs, I had a dear, bachelor friend. We gave company to each other when required.

"Bye Vasudha," Tarana just got up and went without even giving a look at me. I was left kept staring at the door holding all my bags.

I shrugged the incident off, thinking she suddenly must have realized how late she was. I made a mental note that I will ask her about this peculiar behavior.

Tara's birthday party was celebrated with fun and frolic, but Tarana didn't turn up. I called her up many times. Initially, the phone rang, but no one picked up. Later, the phone was switched off. After calling throughout the day, I gave up.

I felt so heavy in my heart when Vasudha said that she never married that I could no more meet her eyes. I had kept myself totally elusive all these years in this age of social networking in spite of my husband and daughter's insistence on being more social. Today when I met Vasudha I felt my self-imposed exile would end and I would finally be able to interact with the world that now it has become. I had not contemplated living in this world way back in 1994. When Vasudha invited me to her daughter's birthday I had decided to go with my family. I wanted Vasudha to meet my husband. It would have set me free. But it was not to be so. I had to suffer, my crime was maybe too unforgivable.

I started living on antidepressants. I had been a good wife and a mother. I was the topper in class, and now Vasudha who was quite an average student was a businesswoman. I stayed back at home for twenty years without ever complaining so that my family needs could be met. I always lived in fear that I would be lacking somewhere. I gave away my life to the family which didn't feel like my own anymore. How could it, after what Vasudha had shared. I stole Vasu from Vasudha. I married Vasu who remained Vasudha's even after marriage. I always consoled myself that at least I got to keep his physical presence. Vasu had been a good husband but never a lover. He compensated by being the best father.  Now I felt robbed of everything. My own flesh and blood didn't feel like my own when Vasudha could proudly call her adopted daughter her own.

I had thought I had tricked life, didn't realize life was tricking me all way long. I had sleep-walked twenty years, woken up just now. Or maybe fading away on antidepressants.

"I am sorry to disturb you Ma'am, but I had to call you. My wife, Tarana apparently met you a couple of months ago. She has not been keeping well after that. I got this number from her purse. Can I meet you once?"

"Oh yes! Tarana met me two months ago. We were to meet again the next day, but she didn't make it," realizing the reason behind her disappearance, feeling sorry that she was sick yet relieved that she had not knowingly avoided her.

"Please come anytime. I am Vasudha."

Both skipped a heartbeat.

"I will come right away, please give my your office address," while scribbling down the address I was feeling like throwing up. It was Vasudha. Was it her or someone else. I had to find out now, right now. My hands were trembling and I decided to take a cab over driving.

I knocked at the door, it was half open.

It was her, certainly. I closed my eyes to gather the courage to face her, at the same time getting increasingly impatient to meet her.

I opened the door. She looked splendid in sky blue chiffon saree, her hair tied up in a bun. She was looking at her files when she casually looked towards me and looking back on files gesturing me to sit. Only after a minute she looked back at me, this time getting up, staring.

I could read the lines changing on her forehead. It was the transition from shock to anger and devastation. Thank god! I could still read her, I was still alive.

"You married Tarana, Vasu?" tears filling up her eyes.

"Tarana is in coma. A few days after day she met you she slipped into coma. Doctors suggested that something must have happened to cause her such shock. I chanced upon your number from her purse.It seems Tarana couldn't forgive herself for coming between us."

"I am sorry that Tarana is in coma, yet I feel stabbed Vasu."

"So do I Vasudha"

That evening, in the hospital, Vasu, Vasudha, and Sudha.

"Dad, I found this diary. It seems Mom has scribbled something."

"I feel stabbed. I can't carry on anymore. I can never face Vasu. I lied to Vasu about Vasudha. I lied to Vasudha. I wish Vasudha had married. Then everything would have been perfect. Vasudha didn't marry and this fact is killing me. Why did you have to be so good, Vasudha? Why such true feelings for Vasu. I thought I would take my family away from Vasudha forever. Life caught up with me. I built my life on lies. I have to pay the price now. Please forgive me for taking away your twenty years. But you know what, it is me who paid the biggest price. I never got your love Vasu. I know you tried very hard. I lost you, Vasudha. I lost your love. You both lived your life without any guilt. These twenty years has been hell for me. I gave up my life for false pride and jealousy. I feel stabbed right at the center of my heart."