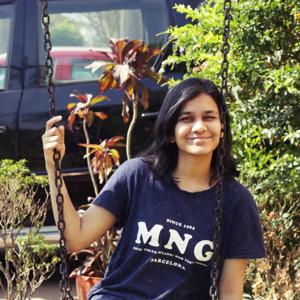 They say that the right kind of love mends us, and only after meeting him, did she realize how much fixing she needed.

But things weren't really that simple.

'So, what you're saying is that he isn't invested in this relationship as much as you are?' he asked, leaning on the coffee table, as he grabbed the warm cup in his cold hands.

'And, when was the last time you saw him, Claire?' Sam looked into her eyes, trying to figure out what they were hiding.

The previous night, as Claire had come home after a tiring day at work; it's a wonder the toll eight-year-olds can take on you, she found him sitting in her living room. It wasn't that Claire hated her job as a teacher, but some days just got to her.

"What are you doing here?" Claire had asked him curtly, as she placed her keys on the table.

"Waiting for you," the man had said in a deep voice.

"What do you want from me?" She continued in frustration, as she struggled to open her hair bun, which seemed to be suddenly giving her a migraine.

"I want you to know that whatever I did, was for our love, and if you keep seeing Sam, I might have to stop seeing you," the man had said, turning around to face Claire.

"I'm sorry," Claire had sighed, "But with everything that is going on with us, the ups and downs, I kind of have to see him."

"I love you. You love me. I don't see the problem here, Claire." He made his way around the couch where she was sitting, and held her hand while he sat face to face with her.

"The problem is that you're away more than half the time. You disappear, and I can't call you, or reach you when you do. You don't have any friends or family that I can contact and even if you do, you've never introduced me to them! What am I supposed to understand out of this?" She took her hand back.

Claire knew she had said more than she should have. She wasn't surprised when he stormed out of the room without saying another word.

She blinked twice and stared at the man now sitting in front of her.

'Yeah,' Claire mumbled through pressed lips. It had been four months now since she was seeing Sam; she had come to talk to him because everyone said he could make things better, but even after all these talks with Sam, no matter how pleasant they seemed, her love life didn't seem to improve.

Claire blushed. 'He changed my life when I met him. My friends don't seem to believe me when I tell them about him because they've never met him. I tried so many times to make him meet everyone, but he doesn't like meeting people. He's... shy.'

'But, I do, I believe you. Next time he visits you, don't hesitate to come and talk to me about it, okay? After all, what am I here for?'

'Thanks, Sam.' Claire smiled at him.

'And, don't forget to take these! Remember, they help you with your migraines,' he said, as he tossed her a small bottle full of pills.

As she prepared to leave, he took one last look at her file, which was placed in front of him on his table.

He heard a knock on his door. It was his co-worker.

'Hey, Sam, you done?' he asked as he peeped in from the door.

'Was it her again? The one who sees God, and thinks is in love with him?'

'That would be the one,' he sighed, as he closed his office door behind him.