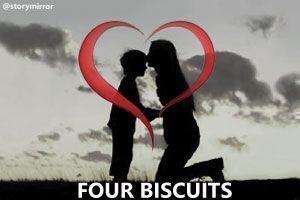 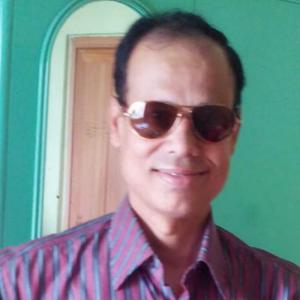 Sitting silently, keeping forehead on both hands Ramu looked confusedly, tears from eyes were dropping on his dirty shirt. A Reporter comes slowly in front of him for bringing out the real fact in newspaper and asks politely from when his mother was missing. Ramu is just 6 years old and fails to tackle this situation amongst public. A Police Officer Mr. Peter who was observing the scene standing beside Ramu, keeping his palm on Ramu’s head asks politely, “Ramu, how many days before your mother was missing? I’ll support you fully from today; you will be staying with us where a little child is waiting for playing with you. Be not afraid, you will be very happy to meet with that child, tell me everything what happened.” to rub out the tears by his little two palms, gazes to the face of Mr. Peter and further says hesitatingly to gulp, “My Mama…my Mama……” In order to note down statement of Ramu, pulling a chair Mr. Peter sits too close to Ramu, other four Policemen are engaged in digging the earth in quest of dead body.

Ramu: “My Papa was a Peddler. That day was too cloudy, even in the morning looked like evening and there was no Sun shine. We were hearing the roaring of clouds sitting in our little hut. Mama said, “Today you should not go outside, we will enjoy sitting in this little hut with laughing and gossiping in rainy day.” Papa replied with smiling face, “All right, I’m sitting here to listen to your story but who will provide us too times bread?”.....Uncle, we were too poor and hardly used to get eating food two times. When Papa would come back selling some toys, dolls and little items for children at various villages, to carry a bag by his hand having some rice, daal for gravy, few potatoes, onions and very little spices for cooking. Mama used to cook with great delight and continue talking with Papa. Sometimes Papa used to caress me while I would take a seat on his lap. We were poor but happy staying together. That day even thundering Papa went in quest of earning some rupees. Whole day long I and my Mama were looking forward for return of my Papa. The day passed but Papa didn’t come back in the evening too. Both I and Mama became restless and again and again we tried to watch nearby road for Papa’s arrival. Even in night Papa didn’t come back. At mid-night Mama started crying sitting at the corner on the floor alone. I was feeling too much hunger as whole day no food was taken by us. Being tired when I slept with empty stomach….don’t know. Suddenly hearing the sound of knocking the door from outside I got up with great suspense; with great fear and anxiety Mama opened the door, I noticed that four people were carrying the body of my Papa. Entering the room they kept the body on the floor and told us, “he is no more, dies on road accident.” Seeing the dead body having many spots of blood on torn shirts Mama broke down fully, she could not control herself and started crying lying on the floor. That time none was present who could have given morale support us. I was crying with my Mama holding the mortal of my Papa. After a while neighbors came for carrying the dead body of Papa for cremating. I along with neighbors went to the cremation ground for touching fire at the face of my Papa.

Next day in the morning returning from the cremation ground I felt too much hunger. Being too upset sit at the corner of our hut where Mama was weeping till then. She told, “Irony of fate, we have lost everything, now I’m alone. How would I tackle this situation?” I hugged the neck of Mama and told, “Don’t cry, I’ll give you full support to become matured. Now I am hungry, give me some food quickly, after eating I’ll go to market in search of earning something for you, now give me food quickly.” At last Mama stood up, comb her hair and bound by a little rubber, she changed her Sari and looked again and again standing before old mirror hanging up the wall. She hugged, caressed me kissing on my forehead several times and told, “Don’t move from here till my arrival. I’m going to collect some food for you.” But she didn’t return soon. Whole day long I was thinking about my Papa’s memory sitting alone in our little hut.  At last she came back about 8 pm and started to caress me telling, “I managed with great hazard to get some food for you. From tomorrow you will get full diet two times, you know..I’ve got a job and I’ll join tomorrow. My loving child, take only this little food for now …..”All of a sudden we hear loud voice and repeated knocking of the door from outside, Mama got fear and started shouting but none came for our assistance. Surprisingly two people entered the room breaking down the poor wooden door and told Mama to accompany them but Mama refused. They made constant efforts to entice Mama for giving company with them. At last both the persons became fired with angry and one of them holding the hairs of Mama tightly pulled up. Being helpless Mama was groaning and trying to escape from the wicked person. I was crying with fear and trying at my best to rescue Mama by my little fingers. As there was no way for me, I bit the heap of the wicked person who held the hairs of Mama tightly. Suddenly the second person looking reddened eyes with anger, pulled me up and fell down on the ground mercilessly, I felt too pain at my back and became unconscious (telling this Ramu kept his left hand at back and expressed pain till then).”

Mr. Peter caresses Ramu keeping palm on his head politely and tells to continue. Ramu’s eyes were full of tears; he tells to continue, “Next day in the morning when I opened my eyes, saw my Mama was not there and so I broke down with deep sorrow. Some neighbors were rushed at our hut talking with each other. One of them gave me some food and milk which I eat. Further they handed over me to an owner of a Restaurant where I used to wash cup-plates whole day long. Once the owner asking me about my past and parents went to a Police Station accompanying me and lodged a complaint of missing of my Mama. Uncle, Uncle….tell me where is my Mama (telling this Ramu continues weeping)”

At last four Policemen, who were engaged to pull up the mortal remains from the earth, rescued a decomposed fetid dead body and kept it on a white polythene sheet spreading fragrance all around. Police Officer keeping handkerchief on his nose got up from the chair and started to observe the decomposed body for investigation and suddenly noticed that something was kept inside folded fingers of left hand of the decomposed body. Coming too close of the dead body he said, “Ramu, she is your mother..,” In order to get some clue about apprehension of the murderers, while Mr. Peter ordered to remove the item from folded fingers, Ramu started groaning. Four Policemen one by one tried to remove the item from folded fingers at their best but in vain. Further Mr. Peter passes the order to pull up the item with the help of a knife, to protect the decomposed body Ramu comes forward telling with groaning voice, “Mama, Mama….come back, come back once, come back soon.., I’ll never ask you for food.” Suddenly a cold air starts blowing and the fingers of decomposed body start opening slowly from where a small packet bound by the dirty handkerchief falls rolling down on the ground. One Policeman picks up the folded and dirty handkerchief and opens slowly for ascertaining the real thing inside. It is found that only “Four Biscuits” which were inside the packet are looking fresh yet.