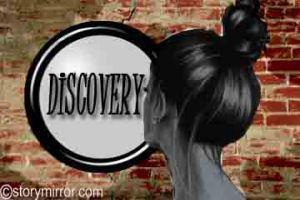 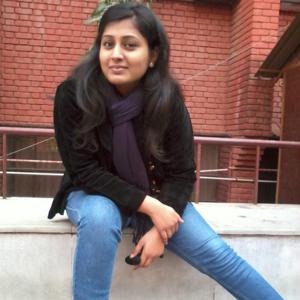 She stood in front of him, just the way she was - no pretensions, no make-up, no lies; her true, her inner self. She kept looking at him, too engrossed in him. And he, at her. She knew him to be fair for he would tell her the way she was, the way she exactly, really, was. Though it might hurt her, but that’s how he was- fair in all respects. People who did not know his real worth would call him different names, try to demean him for what made him what he was- his fairness. But that would not bother him at all. He would tell you your reality, be it harsh as a rock or beautiful as nature. And that’s what he prided himself upon.

The world always told her that she was not beautiful for she was scarred and bruised and freckled. Stretch marks adorned her, and her dark complexion supplemented her already ‘good’ looks. It would want her to feel inferior, not made for this world, as if God had punished her for some misdeeds.

But the world would not have its way. He told her that she was beautiful, so beautiful that even he could not show her the magnanimity of it. Her beauty can only be felt, and he felt it, felt it enough to make her feel it. And she did feel that beauty channeling inside her. What if the world does not find me gorgeous enough for itself, she would think. I will NOT succumb to it, I am what I am, no matter what others think. I will not be judged and will not let others decide what to feel about myself. I love myself just for who I am. With that, she would again look at him, smiling. And that invaluable, enlightened, spirited smile would be reflected just the way it was. After all, isn’t that what it was supposed to do; it, the mirror?