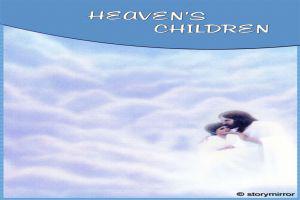 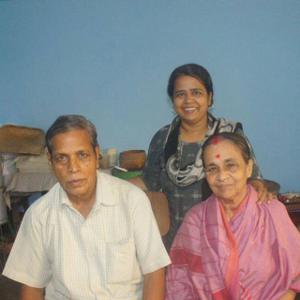 The two children Shyam and Preety were not siblings. They had no idea about their parents. When I asked where they came from, they pointed towards the sky. I could not understand. They clarified and told they were from heaven (the God’s house).

They were in between the age of eight to ten. I had seen them several times in various places. I am a doctor by profession. And I have my own clinic, near the Unit – I market, Bhubaneswar. It was a dry summer, when I saw them first. They were busy in collecting polly bags. I was astonished. What would they do with the rejected polly bags? When being asked they told that they would deposit the bags in the factory, where it is recycled and in return the factory owner would give them rupees ten to twenty and with the money they could arrange their dinner. My heart was filled with joy. Yes they the future of my country. They are working to get their bread, instead of begging (what is common in our country).

At 12 O’ clock when the sun was over our head, I closed the clinic and started my car to home for lunch. On the way I remembered that my sister had told me to post her letter. I had forgotten to bring gum. All the shops were closed at that time. I was worried. Suddenly my eyes fell upon a small child near the post office gate. It was sitting back to me. He had some official stationery like covers, gum, stapler etc. with him. And he was no other than Shyam. Aeeee…eeee what are you doing here and where is Preety? He looked back and smiled. “It is one of our part job Sir” , he said. “Preety is selling handmade butter milk to the people in the market and here I am earning some money by helping others. We have our accounts in this post office, and have already deposited Rs. 5000/- in the account. We will read and will become doctors like you.” My eyes were watered. If all people have such mental strength like the two children, there is no doubt that our country will prosper. He also said “we are in standard fifth and a headmaster of a school is helping us”. After getting my envelop pasted, I gave him one rupee coin (his due). But he denied.

Sir! You are a doctor and you are saving lives. I will not take money from you. But I request you Sir, please do come to our slum, where I am staying, at least once in a week, so that the poor people will be benefited. The boy requested me politely. I could not believe myself. Is it really possible on this earth? Since that day I have been visiting the slum at least twice in a week. Actually the two children were heaven’s children. And the slum was a heaven due to these two children. The road was clean and so also the pond near the slum.

Some days passed away. It was the New Year day of Oriyans. The two children were in new dresses. They had hats on their heads. It was the time of the evening. And the two children were busy catching fish from the pond. There were lot of fish gathered near the pond and all were caught by them. They would sell some of it and rest of them would have been divided among the habitats of the slum. At 9 O’ clock in the evening when I was back to my house, I saw the two children with a big fish in their hand. It was for me at free of cost, because according to them I was their God. I could not believe myself. My inner conscience cursed me. I have not followed the motto of my profession. I am working for the sake of money. I was motivated by the two children and came forward to serve the slum dwellers at free of cost. One more surprise was waiting for me inside my house. My old father told me that the little girl had helped him in getting a railway ticket; standing in a big queue was no other than Preety.

I remembered that some days ago my father was to go to Delhi to visit my younger brother, for which he asked me to bring a ticket for him. But I had no time. I would have asked the travel agent. But I did not do because of my greediness. And the little girl had not only brought a ticket for my old father, but also did not receive money for this, though it was one of her way to earn money. But……What I am doing? Is it right?  I was so deep in my thoughts that I could not sleep.

In the morning my eyes were just closed, when I listened the yelling of the two children. I came out. An old man shaded with blood was with them. They requested me to save the old man. And in return they would give all their savings. Now it was time for me to rectify my mistakes.

I hugged the two children and moved towards the Operation Theatre. When I told them that the operation was successful and the hospital would bear all the cost for treatment, I saw the God’s smile through the Heaven’s Children.