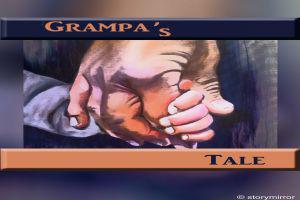 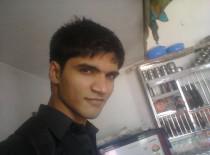 The sun was warm and the air, with its sweet, melodious fragrances, promised of a lovely spring at its heels. The winter was almost over, and a few leaves had sprung to life, swaying softly in little clutters spread sparsely on the barren branches of the trees. A gentle morning breeze, carrying fresh morning fragrances, scrubbed the sun from the kids' sweaty faces as they played cricket, their feverish voices shouting excitedly at each other.

"Over here, son," the old man replied from the living room and laid the Bhagvad Gita upon the bedside table.

Mohan ran straight into his arms, like and arrow to its target. For as long as he could remember, his ‘grampa’ had been his only family. He did not have a Mummy or a Daddy like the other kids, but his grampa was the best; he didn't scold him like the other parents did.

"Yes," Mohan replied with a sigh, his head dropping until his vision filled with the wooden floor and the ant crawling upon it. "And my hands and feet," he mumbled downheartedly.

Grandpa's forefinger lifted his chin and their eyes met. A mere glance upon the kid's face and his Grampa knew something was wrong. "What happened, love?" he asked his voice full of concern.

"It's okay," the grandfather said firmly, and his wrinkles twisted as he offered a comforting smile. "I'm sure you will win next time."

"There was this girl," Mohan blurted out suddenly, and dropped his gaze back to the floor. "Sh-sh-she was just standing there...,” he fumbled for words, blushing, staring at his fingers.

"And?" Grampa encouraged, lowering his face and looking straight into his eyes. "I was playing, batting... and she was... And I-I was ... watching her and-and..." Mohan blushed, and a flood of red ran up his neck and spread slowly across his face. "And she was... suddenly I was out! That idiot Rahul took my wicket!" he groaned.

"Come, sit," Old grampa smiled a knowing smile and patted the little seat beside him, "I'll tell you a story."

"Story?" Mohan's eyes twinkled in excitement as he lowered himself besides the old man, the sadness forgotten. "Do I get to be the Prince again?"

"Yes," the grandfather agreed with a soft chuckle, and cleared his throat. "Now listen... Nearly seventy years ago-"

"Wait!" the grandson interrupted, his curious eyes staring at the wrinkles near his grampa's eyes. "Doesn't it start with once-upon-a-time?"

"No. This one's a different story, a real one. Now listen silently."

"Okay grampa," the grandson nodded dutifully, but did not lose any of his excitement; his curious eyes transfixed expectantly upon the old man's lips like a cat waiting for milk.

"Some seventy years ago, there was a soldier. Many a battles he fought with his mighty sword. 'Viraat'- the great one they called him. A handsome chap was he; all built up like a stallion and manners that could put a gentleman to shame. He-"

"In the army? A Soldier? Did he fight with guns?" the kid bombarded him with his questions.

"Yes he served in the army for a few years. But you see Raja Mahendra Pratap, the King, did not like guns. His soldiers fought with swords and spears and bows and arrows. And Viraat was always good with a sword." the old man explained, shifting in his seat. He gulped down the half-empty glass of water lying on the table and continued.

“One day, he was fighting at the local 'akhaada' (arena) in a sword-fighting competition.”

"He won, didn't he?" Mohan jumped eagerly waiting for an answer, like a hungry St Bernard waiting for his bone.

"No he didn't." the grandfather replied simply, shaking his head ever-so-slightly.

"But why?" Mohan whined, "You said he was so good." "I know. But you see, while he was fighting, he saw a girl standing in the audience." Mohan blushed at the words, and his grampa smiled too, and continued.

"He was distracted for only a moment... And the sword hit his knee...” the old man closed his eyes and went silent, lost in his thoughts, as one hand absentmindedly patted near his knee, indicating where the sword had hit.

After a few moments of silence, Mohan spoke up impatiently. "Now you're just making it up," he complained.

"No, I'm not," Grampa replied sincerely. "His left leg was injured and the judges decided he couldn't fight anymore. The doctors took him to a room where they treated him. He walked using a stick as a crutch back to the arena and asked the girl to marry him."

"And they lived happily ever after," Mohan completed the story for him, throwing his arms up in the air.

His grampa only nodded. The old man raised his eyes up to the opposite wall and a wooden framed photograph filled his vision. The photo showed a woman, dressed in a red saree, wearing a mangal-sutra. A light flicker of a delicate smile played across her lips. An orange garland of dried flowers hung against the picture. Dust had accumulated upon the glass, blurring her features. But the old man remembered every curve, every line.

Mohan’s voice broke his reverie. "Grampa, you said this was a real story. How do you know? Did you know the soldier?" The old man chuckled, but did not answer. He picked up his walking stick and walked away silently, limping slightly.