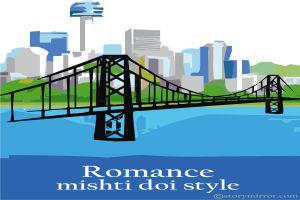 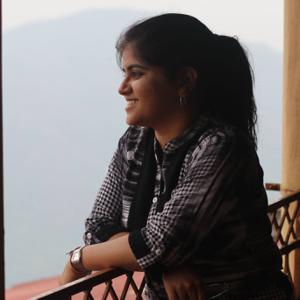 She was the uber romantic, quintessential Bong for whom Amit Ray continued to be a realistic expectation even as the rest of us had given up hope of finding our Darcy. She reveled in every relationship she came across, every affair that was gossiped about, every love story she perceived in the making. She read love stories, hummed old romantic melodies and justified every cliché that was ever associated with romance.

We were fresh out of college, well paid professionals. Marriage at this point was an insult to our spirit of liberalization. Ironically, she, the most liberated of us all, had chosen to tread this path of cardinal sin.

It was as if she had skipped several steps in the flight of life and landed straight on the ground floor.

“Are you mad?”, her laughter rung on the phone, “ I know it is early, but I am very happy. Also, nothing is going to change, I am not giving up on life, stupid; just stepping into the next phase.”

I was not convinced.

The plane landed at the Kolkata airport.  The constant chatter around had a familiar ring to it. Five years with a Bengali are sufficient to acquaint anybody with the sound if not the meaning of the language.

Kolkata’s famous old world charm is the obvious first impression for any stranger. What is remarkable is the enticing expression that the city lends to the old times. While rest of the country is in a mad rush to multiply the latest models on the streets, Kolkata delightfully flaunts its multitudes of now otherwise extinct ambassadors with a charming pride. It is not a customary tribute; it is a celebration of the era gone by with a sincerity that tugs the heartstrings. The attempt is not artificial; it is the very nature of the city to preserve the old while the new flourishes. It is this harmony which has made Kolkata an eternal muse for countless poets, authors and artists.

Kolkata and its people do not alienate strangers; their spirit embraces everyone with an affable and reckless abandon. The narrow lanes of this city have the warmth of an old friend’s hug. The old constructions exude character and invite imagination to weave stories around them. The settlements are dense but their claustrophobia is poetic. Kolkata evidently nurtures romance in every form. Once in Kolkata, it was not difficult to guess the roots and reasons behind her undying sense of romance.

Her house was teeming with guests. The chaos and babble, however, was remarkably subdued. Unlike North India where weddings are the God sent license to sing, dance and make as much noise as possible; Bengali weddings are quiet, intellectualized affairs.

I tried finding the proverbial glow on her face; locate some sort of difference that might have been triggered by the impending marriage. I could find none. She was the same old girl who had sauntered on the college lanes in a pair of jeans. The idea of her marriage refused to sink in even more.

It was ritual time. She came down dressed in a splendid red sari. Dressed to kill was a phrase obviously inspired by Indian brides. She looked resplendent in the perfectly balanced Bong bride make-up, designed to multiply the beauty a zillion times.

The photographer instructed her to pose variously for her album. After all, even memories for the eternity have to be planted. Her family was busy with the rituals amidst the loud sound of the ulu and conk shells.

A tear shone in her eye as she smiled for a snap with her parents.

Everything suddenly fell into place. The rituals made sense just as the joy on her face as she gave borderline ridiculous poses for the photographer. The glow I had been searching for was suddenly as evident as the contentment in her parent’s eyes. Their indecipherable pain of giving up their precious daughter to a stranger was mingled with the satisfaction of securing her future and the hopes of her happiness. I could see the spring in her step and the twinkle in her eyes when she talked about him- the lucky one who was to wed this precious being. Her excitement for the wedding trousseau made sense just as her disappointment at yet to darken mehndi in her hands. The conviction that led to her quitting her hard earned job was understandable just as the hopes for a happy future that awaited her.

She lowered the paan leaves for the first auspicious gaze on the bridegroom. Every romantic fantasy in the World culminated into one glorious moment. Her eyes fluttered. His gaze softened as he intently gazed at her.

It was the moment when I realized that Amit Rays and Darcys of the World do not exist; they are created by the romance of women like her. In this corner of Tagore’s Kolkata, amidst the festivities and chants, quietly and discreetly, when nobody noticed, her very own Darcy was born.