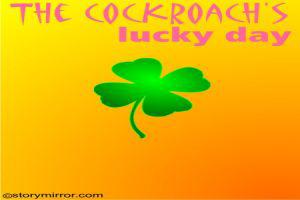 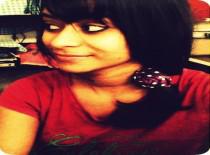 There is nothing to romanticize here as cockroach is a thing to be despised. I am the brutal antagonist and, I do not regret the scorn I hold for this species who, I suppose, is one of the most powerful species surviving today. Yes, after all it survived the atom bomb explosion attack in Japan by the US.

When you see a cockroach you kill it. No philosophy there!

That’s what I wanted to do, but I failed. I was walking down the stairs to the kitchen and I saw that one of the kitchen drawers were left open. I saw a cockroach enjoying its freedom in the open outside its monotonous life in the underworld or, the dark world which would be nothing less romantic than the pits and dim holes of here and there. It seems as if they have a huge and a wider world, they seem to have families as well as relatives almost everywhere and share a greater alliance beyond boundaries, unlike us. ‘Boundaries’ might sound alien to them. The annoying thing about this planet is although humans are the superior race, they have not emerged victorious in the battle with these little but ferocious, irritating and ugly pricks.

Yes, so, the cockroach was having its own gala time wandering about the kitchen and wondering about the superiority of humans’ way of living. Little do they cipher. While I saw this one trying to claim its freedom in my territory, I felt the rush of anger flowing through my nerves. I grabbed a slipper in my hand and watched it, I was still as a statue while the motion of anger within me was apparent.  I could hear my consciousness cursing my cowardice and I could see myself desperate as well as helpless standing still striking a loser like pose with the armour (the slipper). My mind browsed through the pages of the battle sagas while I watched the cockroach’s every moment standing still and, devising a method of how to kill it. My mind recalled how Paris was looked down upon as a loser in the battle of Troy. I could feel the coldness and the sweat trickle down my body while I wanted to make an attack on my enemy. I yelled for help calling out to my brother for about a thirty times, but he neglected my state of utter disgust and desperation by trying to be a hero, a sadist actually! In my desperation I was expecting my brother to be Hector, the saviour (for me and my territory) and the destroyer of the enemy. I was thinking about how I was wasting my precious time staring at the cockroach and yet, not being able to have the machismo to kill it. I was re-learning the value of time in my mind and how time was slipping through my fingers like the sands on the shores. I was evaluating my escapist tendencies while I was allowing my enemy to enjoy life even on the battle-field. I was lamenting how petty my mighty structure was in front of the puny but mighty insect.

There was catharsis however, as Hector finally arrived. That was my assumption only as my brother was no Hector but more of some pious moron who tried to sweep the cockroach away with the broom instead of killing it with the slipper I had been carrying like a warrior for so long. Finally, my brother managed to sweep the cockroach off to a better spot than my kitchen by letting it out of the kitchen and into the nature’s lap.