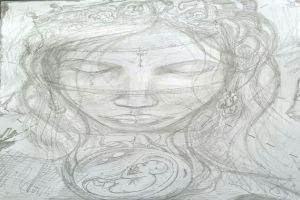 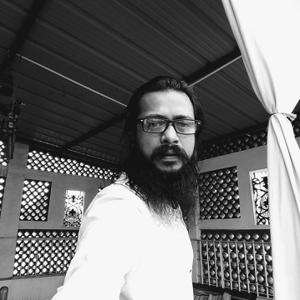 They finally stopped, post a long climax and fell apart like dead bodies after endless sessions of love making. While, Jude was panting badly, Katrina was lost in his eyes and was waiting for his lungs to calm down. She was madly in love with him and had decided eternally, that Jude was her soul-mate forever and ever.

Jude made the pillow stand, so that he could lean his back against the bed and lit his cigarette from his Benson & Hedges pack.

“Jude when will we get married? I am already 28, and next month I would be 29; you know it very well that Bengali families do not wait for long. Mum and Dad are restlessly searching a good guy for me and as per our last decision; I am waiting for you to get promoted as Production Manager, so that you could talk to my parents about our marriage. Moreover most importantly, we never do it in a safe way. I cannot trust these pills anymore.”

She picked up the wrist watch, lying on the table beside her and with a tired expression but pampering concern she started tying the watch on Jude’s wrist.

“Uffff Kat, leave me..!!! I don’t wanna’ wear it now; just wanted to know the time, as I have a meeting tomorrow early morning at 7, with the client for this Saturday event. So I need to sleep early and wake up early Baby.” Jude jerked his left hand out of her grip and stated in an irate voice.

“Huh..! You and your clients...” Katrina said and did not have anything more to ask or say, she just turned to the other side, closed her eyes and acted like she fell asleep.

Jude was a 33 year old man. He was tall, fair, broad and handsome. He hailed from Chandigarh, Punjab and was settled in Mumbai for last 5 years. Working as an Assistant Manager in DNA networks, which was in fact the biggest name in the event management company.

Whereas Katrina was originally from Kolkatta, she came to Mumbai and studied Marketing. During her university days she was titled and crowned, ‘The Best Smile of the Year’, for consecutive 2 years. Kat and Jude worked for the same event management company. The events would usually be conducted on weekends, as both of them would work together towards organizing the event. They started to share a 1BHK flat in an apartment and have been into a live-in relationship from the past one year.

Initially, they met one evening in an event during Kat’s internship days; right on their first meet Jude proposed. Since the very next day, there has not been a single day, when both did not come to office in a common conveyance, be it on a bike or a car or even a taxi.

Next day morning, as planned Jude woke up early and left the flat by 6:00 for a meeting. Kat was still sleeping and she still had 3 more hours to leave for the office. And it smoothly continued like this.

Three months later, one evening while Jude and Kat were sipping coffee at the nearby café. Kat was looking meager, weak and sad. She spoke in a serious but low tone. “Jude, I wanted to seriously talk about something.”

Jude interrupted rudely with no emotions, “Please Kat, no more discussions on that marriage thing, I have already told you about my plans, haven’t I?”

Kat strongly came back again, “Look Jude, sometimes we just cannot wait for something to happen, considering the urgency and severity of a situation.”

Jude expressed his wonder in a sarcastic tone, “Jeez..Christ..!!! Kat, what on earth did you mean by that? I seriously did not understand anything.”

“I am pregnant, Jude.” She responded back, sounding scared and traumatized.

He reacted back instantly, as if he lost the ground beneath his feet; “What the …???!!!! Have you gone crazy? How do you know about this, did you go for any tests...?”

She replied, “Yes, I had to go for a pregnancy test; as I did not have my periodic cycle this month. The Doctor said, I have conceived. Now what to do Jude…?” Kat sounded more worried.

Jude inquisitively questioned her out of curiosity, “But Kat, you were taking pills right…? Then how come…”

She clarified patiently, “I kept on telling you, pills do not guarantee 100% protection and safety; But you…Forgot it!”

Jude continued sounding more desperate and frustrated, “whatever Kat, we cannot afford to have a baby now…No ways.”

She interrupted in a perspiring voice, “but honey, do we have any other option?”

Jude smartly said with a glitter in his pale eyes, “of course we have, there are so many good Gynecologists in Mumbai; we would go to one of them and get the problem sorted out’.

Shocked and angry Kat exclaimed back, “oh! So it was always a problem for you?”

He came closer to murmur in her ears, biting his teeth; “don’t be a fool Kat, once we get married we will have enough time to have babies, until then we just cannot. Next Sunday morning, we both would go to the Doctor and will enquire about the abortion process.”

Further, he moved back and confirmed with a plastic smile on his face; “is it OK Baby…?”

Although, Kat was stunned but she maintained her calm and questioned back politely, “but Jude, why can't we marry now and have the baby as well?”

Jude lost it and got really irate this time to shout back aggressively, “Oh Katrina, how many more times do I need to tell you, that I still need to wait for a year to be a Production Manager; and I don’t want to take any kinda’ wrong step and do something whimsical before that.”

There was a deep silence in the air for five odd minutes. Kat was sitting alone with her head down, she was lost in her thoughts as if the Earth was peeling her layers and revealing answers to all the questions in her weeping mind.

Meanwhile, Jude paid the coffee bill and came back, talking over his phone.

He disconnected the call and said to her, “Kat get up, we have to go. I will drop you near the apartment and go to handover the cheque to Swati for clearing the payment of the last event.”

Kat was still lost in her thoughts, but she got up from the chair and started to walk. Jude dropped her right in front of the apartment’s main gate and drove ahead to meet his colleague Swati, who was from the finance team.

Katrina was so lost; she unmindfully did not use the lift and climbed the staircase like a zombie. She unlocked the door and latched it from inside and walked to the bedroom. She lifted the mattress on the bed, from right under her pillow; she took out three A4 size posters of new born babies and a book on Maternity care. She held all those stuffs, rushed into the washroom and locked herself. She stood in front of the mirror and unblinkingly started to gaze at her own reflection. Suddenly, she screamed loudly with tears gushing down her eyes, she threw all posters and the book right onto the mirror. Then, she grabbed Jude’s cigarette lighter kept on the washbasin tray and burnt the maternity along with all three posters. That evening, she kept herself locked in the bathroom and flushed all her burnt dreams and desires of making a small happy family.

The most beautiful dream,
Woven for nine months;
In each and every SHE’s mind.
All of a sudden encounters,
The worst nightmare;
A shameful dare.


He/She inside her,
Maliciously gets stabbed innumerable times;
With reasons like infidelity,
Sometimes, as an unwanted burden
And at times, for dreaming it too early.

Ooh! The heinously brutal Martian mind;
Spare that innocent foetus Child,
Who sleeps cozily in the cradle of womb;
A bondage imprisoned,
Leading to an ignorant suicide;
Ooh..!! Do not kill a beautiful tomorrow.
After all, life is bliss;
Ooh !! And poor baby unfortunately,
Your share you have missed.