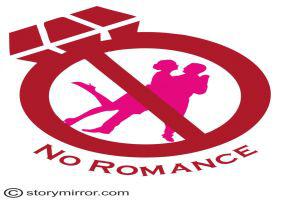 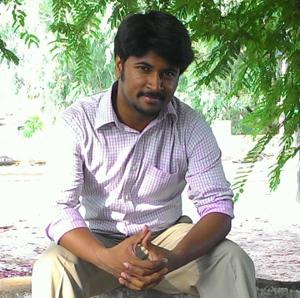 The question was always out there. As she would pick up the phone, as she would turn around the corner, as she would turn the leaf of her favorite book. She kept looking at the question and postponing it. He had asked her out on a date. She detested the enthusiasm but hadn't really planned anything for him. She never thought ahead.

'Why do people plan?' She thought it took away all the romance from the moments of life. Ah, the irony! She was always taken to be the least romantic person in the room. She was romantic but in an unromantic way. Romance is a funny word. Its dictionary meaning could never convey the true meaning. A romantic person essentially wants to pursue happiness - eagerly and madly. She was eager and mad in her own way. It made her set certain criteria and rules, and before she could match them with the world's standards of romance, the race had begun. So as an individual, she was romantic but to the world, and especially to him - she seemed like a crazy cat lady who just wants to be left alone.

He was persuasive - never budged. After a while, the perpetual question turned into a staring contest for him and he couldn't blink. He held the question like a soldier following orders. She eventually said yes. Not because she suddenly fell in love but because a certain time period had passed. She said yes because it would have been rude not to. She did make sure that she liked him enough to say yes, though.

So, what do you get when you put two such people together? One who may or may not be sure but tries hard; that's the guy here and the other who is unsure and detests trying at all; that's the girl here. You get an arrangement which is only half romantic. One person wants to cuddle, the other likes her space. One wants to kiss, the other likes to talk and see where things go. One has a specific destination and the other doesn't like the idea of sailing with a goal in mind. So, both agreed that they were dating but only one wanted to steer the ship.

He brought her roses, she scoffed at him. He sent romantic letters and she used them as coasters. After a while, he realized that she wasn't into it. He retracted all the red carpets he had rolled out. And as the ocean recedes from the shore, his gestures receded leaving behind nothing but sand. Just sand!

It turned into a relationship with no romance. No one offered to spoon-feed the other at public places. No one wanted to hold the other's hand while walking. No one tried to steal kisses when the moment seemed right. It bothered him to an extent but not so much. She wasn't even aware that something was amiss. So, it went on.

Then one day, as they were walking together. He turned around, went down on a knee and asked her to marry him. She smiled and asked, "Really?"

He froze there. He couldn't tell if she was being sarcastic or playful and moreover, he didn't know how to respond anymore.

They both still stand in that park. Frozen. Not a single finger has moved ever since. People come, watch them and leave. They stand like that in the rain. A small puddle of water is formed below their legs. Then as the sun shines, the water recedes and sand is left behind. Just sand!