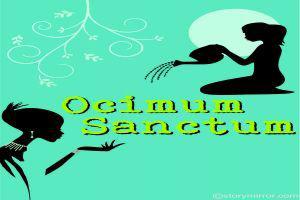 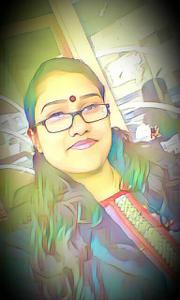 Sheetal rushed into her room, frantically searching through all her shelves, cabinets and trunks. She wanted to lay her eyes upon the thing she wanted, the old dog eared telephone book which had the contact address she was desperately searching for. The address of the person who had influenced her life, who changed her perspective of looking at things, the person who taught her to see life botanically, it was her Botany teacher. Mrs. Radhika Mishra was the ideal guest to inaugurate the newly constructed botany lab of Rose Dale School, the school where Sheetal taught and that too on the 5th of September, Teacher’s day. What an apt day, Sheetal thought.

She finally found the old tattered book with the detached, crumpled page which was carefully fitted in. She held out the page containing the address of the person she adored. She smiled at her naive sixth grade handwriting. Gazing at it with nostalgic pride. Sheetal strolled down her memory lane to her eleventh birthday. It was her special day. Surrounded with colourful gifts and clad in her favourite attire, she was eagerly waiting for her teacher’s gift. The night before, she even dreamt of receiving a barbie doll with a beauty kit from her teacher. Finally her beloved teacher arrived with a birthday gift well hidden behind. And finally she got her much awaited special ‘birthday gift’. But to her disappointment Mrs. Radhika gifted her a potted plant. Sheetal was puzzled and annoyed. How could she ever accept a plant which was of no use to her, in place of enticing toys and electronic gadgets? Depressed to the core she simply pushed it aside her table without even having a look at it. After a few days, when her birthday hangover died down, she noticed a tag on the potted plant her teacher had gifted, she read it out “This is a magic plant I gift you my child, to touch your life in many ways, water it daily and and have a leaf of it in your morning tea. Scientific Name: Ocimum sanctum”. Anyway little did she understand of the note attached, she used to have a leaf of it daily. It was once a few months after which the whole of her family except Sheetal was hospitalized for a case of food poisoning. Their family doctor advised a remedy containing the extract of a medicinal herb as the best antidote. Sheetal had a look at the prescription which read ‘Antidote: Ocimum sanctum’. The name struck her, she was taken aback. She deciphered the reason why she was not afflicted with the poisoning. Her gratitude towards her teacher knew no bounds. As her teacher told, she was touched by the plant and influenced by her teacher greatly.

Time rolled by and her teacher’s influence was so intense that she took up Botany as the subject of her study and became a veteran botanist. Studies and responsibilities took Sheetal away from home. Even though she kept in touch with her teacher, time and terrain eventually distanced her from her teacher and the communication subsided. But Sheetal used to receive a cute card from her teacher on her birthday every year without fail.

Gazing at the contact address in her hand, Sheetal felt guilty that she never ever replied to her teacher through letters at least and that she took so long in remembering her teacher. She thought this was a good reason to contact her favourite person and apologize to her for the long gap in contacting.  Without wasting a second Sheetal set out, to meet Mrs. Radhika. Feeling nostalgic at the sight of her teacher’s house, she eagerly approached the entrance door. Upon her knock, an elderly face, so familiar, appeared to Sheetal. She recognized Mr. Mishra.  He was her teacher’s husband who was a handsome young dentist who had his own clinic. Sheetal remembered very well, he had once ‘extracted’ her decayed tooth and gave her an icecream. But now his temple was lined with wrinkles of age, but he was as handsome as before. “Good day Mr. Mishra, hope you are doing good. I am Sheetal, an old student of Mrs. Radhika. I wanted to invite her for the inauguration of the new Botany Lab in my school. Hope she is in.” Mr. Mishra took time to perceive her sentence and invited her in. He gently asked her to be seated and tried to recollect if he remembered this young lady. He could not and then said in a low tone, Mrs. Radhika passed away six months back. She was ailing for long and finally succumbed to what cancer had to offer her. Sheetal’s heart skipped a beat….she felt numb….tears filled up her eyes and started rolling out uncontrollably….. She did not know what to say….. “I’m sorry, I never knew, I mean…..” Sheetal could not continue. However Mr. Mishra was calm as time had healed his shock and he had started accepting the reality of the void created by Mrs. Radhika’s loss. He continued talking about Mrs. Radhika’s love for her school and her students and how bravely she confronted the revelation that she was suffering from the dreaded disease and how she moved on boldly giving strength to him. It was then that Mr. Mishra paused and asked Sheetal to come to the backyard of their house to show her something. “She always loved to show her students her favourite botanical garden created by herself. She used to be there most of her time with her dreams and plants, nurturing them, in fact her plants were a great source of solace during her last days. Please come and have a look… It was her heaven,” Mr. Mishra said. He was true; Sheetal sensed a soothing, heavenly serenity when she entered the garden which was named Magical Dreams. It was so beautiful and green and colourful with lots of flowers and plants. It was so cool and breezy inside the garden. She noticed that all the plants had a tag with different names of people. Mr. Mishra said. “She loved her plants as dearly as her students and gave each plant the name of each of her students, so this garden is full of her students.” She turned around and had a look at every plant… something familiar stopped her, she saw a plant with the tag “Sheetal Saran, Birthday: 18th November, Scientific Name: Ocimum sanctum”. Sheetal stood still….Ocimum, the name kept reverberating in her mind.... She could sense the scent of the plant, which plunged her into many wonderful memories. She could feel the presence of her teacher, the person she adored the most in the world…the magician who gifted her a magical plant, the basil plant, which changed her life to what she was today. Tears rolled out of her eyes uncontrollably once again....