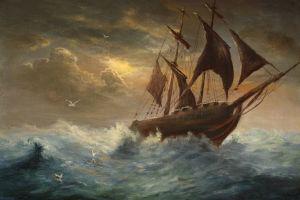 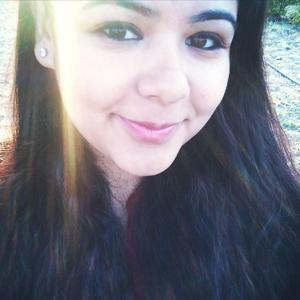 Akira was in the middle of questioning her decision when she had been almost pushed onto the stage to compere the function. The glaring spotlights were doing nothing to help her situation, except maybe blinding out the faces of hundreds of people whose eyes were fixated upon her. She walked on to the stage, tentatively at first, but tried to feign confidence with each step. Every moment that she had spent at this school flashed in front of her eyes in that instant, just as she was seconds away from addressing the audience.

Scarface, the Ugly Duckling and Scarecrow were just some of the words that had been thrown at her ever since she could remember. She had been teased, mocked at and isolated by the people she studied with, but there was nothing she could do about it. There was a long scar on the left side of her face that stretched from the corner of her eye to the edge of her jaw. It was the residue of a nasty accident, post which she had gotten to experience hell. She had scraped through the years with the help of a few people she had befriended who helped her get past the malice. But it was in moments like these, moments when she had to go in front of people that she almost shook in her boots. The fear of being shunned away and being laughed at refused to leave her in peace and she would find herself avoiding such situations altogether. She had tried several times to face it head on, but she had failed.  In every other aspect she had made sure it did not come in her way, but where her confidence was concerned, it had wreaked havoc. She was dressed immaculately in her school uniform, a perfect façade for the simmering unease underneath. She could feel the scar burn, raising her anxiety levels up a notch.

“You can do it,” she thought to herself, clenching her fists to muster the least amount of courage to sail through. “You know the drill, you just have to go up there and vomit the very lines you wrote for someone else.” Avni, the emcee for the show hadn’t shown up. And now the onus lay on her to make sure the function she worked very hard to organize proceeded without a glitch.

She was momentarily blinded for a second before she tried to refocus. Her head was hammering due to panic. But there was a faint yet powering voice that was telling her that this was her chance to emerge victorious. She thought of her parents, sitting in the crowd, who would be extremely proud of her if she somehow did this. Plastering a smile on her face, she started speaking.

“Good evening, ladies and gentlemen...,” she started, the words flowing hesitantly at first, but gaining strength subsequently, “we have gathered here today for the silver jubilee celebrations of Shri Ram School...”

When she was going on the stage to introduce the slapstick comedy act, she stumbled and fell face flat on the stage. In that moment, she was only privy to a wave of gasp that washed the audience and her own rapidly thumping heart. She didn’t know how much time it took to stand back up. She heard the voice of one of her classmates who appeared out of nowhere just as she gathered herself.

“This is just a trailer of what you're going to see in our final act tonight,” the girl said. Akira couldn’t place her, but sought comfort in the smiling face willing her to go on.

“We guarantee that our next act will leave you in splits,” she started, albeit shakily. She tightened the hold on the mike before continuing, “It’s a heady amalgamation of slapstick comedy’s legacy. We present to you ‘Charlie Chaplin meets Laurel and Hardy’.”

As the show was drawing to a close, there was an effervescence building inside of her as the realization dawned that she had finally done it. Even if it wasn’t perfect, she was content with how it had turned out. It was big leap and she had steered her ship through the storm to reach the shores of a land where she knew she could do anything she wanted, be anyone she wanted. Her scar, which she had always considered her nemesis, was still there. However, in that moment of jubilation, it ceased to exist.