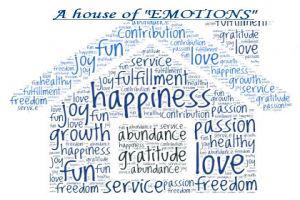 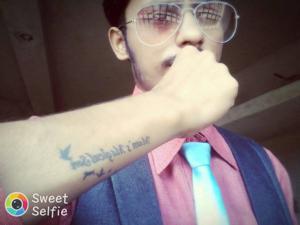 A house of “EMOTIONS”

You’re silent feelings, your untold words, your day dreams, and your hidden smile… Gives me a reason to feel you deep with your emotions.
Late at night, under the moon I was sitting alone and was looking the glowing stars, the twilight scene and was wondering why silence occupies the wide space in everyone hearts.

The house of the ‘Night’ that what I’ve named it. With many questions in my deep mind, left me feel awkward because I was still in search for its answer. Working on my laptop, and passing my time while listening those instruments. I still remember the day, when I found myself locked up in a single room with a Paper and Pen, and my cup filled with ‘Coffee’. I was searching for a reason, behind this white page, which says many things while remaining blank and blank.
The echo of the city traffic and the deem light, making everything glitter like a golden star. They were adding their own glimpse in the Nature beauty. Seeing all these things I went in my deep dream where I got to see “A house of EMOTIONS”

Arohi, where are you? I’m calling you from the past two hour’s dear. Why you were not picking up my phone? You should have left a message for me before taking a leave from home. I’ was pretty worried for you.
Alchem, I’m so sorry, I’d to rush to the market to the medical shop to buy medicine as I’ was unaware of my periods. You knew whenever it takes place I get disturbed and my cell phone… OMG! It’s in silent mood; I’m so sorry dear I didn’t know how, when and where it happened... I won’t do it again.
You fine Arohi? I’m bit tensed, listening all these…
Yup, I’m. I’ll be at home in next an hour.
Sure! (With a smile)
Reach fast, as I’m hungry dear. Hold on baby… I’m coming soon. Till then have some fun with your thoughts.
Hmm… Take care... Ba-byee

#From History: -
Arohi, 25yrs old, belongs to a Hindu religion and Alchem was a foreigner, 26yrs old.

It was 19th April, results were going to be declared and they were now going to be graduated. Heartbeats were moving faster and nervousness was taking place. Arohi, knew she is going to pass this, but then also something was killing her from inside. She got herself ready, and completed her household chores. She was bit tensed. She had waited for this day, from a long time period and now, when the time came, things changed.
She got herself ready with a shinning Red colour saree, with a light shed of pink face pack. Damn! She was looking as a princess. She drove to the campus and as she entered the campus, everyone eyes gazed her for her stunning beauty, she was surprised to look people doing so…


She was having mixed-up of feelings… Hey Arohi… You are looking damn cute! The voice came from behind. She stopped and turned back and to her surprise, she found Alchem, who was no more same in appearance as related to past. He was dressed up in Black with new gate-up and new style. Aww!  Alchem you‘re looking hot… he he… Thank you Arohi. But, what about you? You’re striking the lighting effect on all. Huh! Don’t say so… You naughty, I feel shy!
So, pretty nervous, for the result dear… Yup and You? Yes, I’m.
Alchem remained silent and was gazing deeply on Arohi. She noticed him doing so, and in harsh word said that “Hey! What so deeply in me? You’re making me feel awkward.” Alchem broke out and burst with laugh and said, how can one avoid looking the moon, when she is down to the earth… Arohi kicked him and said, don’t you dare to have words with me now… I’m angry with you. Huh! And she moved away. Alchem ran behind her, and hold her hand and said. Hey! Em’mm so sorry! I can’t hold my feelings. Arohi gazed in her eyes, and they moved to the hall, where the else friends were waiting for the result.

Hey look who have arrived. It’s Alchem and Arohi… said the friends. A sweet intro with else and sweet words with all made Arohi feel superb. The time was moving faster than else days, and suddenly the chanting voice of student’s in hall turned into pin drop of silence. It was the result time. Alchem and Arohi were holding hands and were Nervous with the else. Announcement goes on. The student’s were being honored with mementoes… It was the best memory for all. Alchem was awarded with the student of the year award and Arohi as 3rd topper in the university. As they heard this, they jumped, hugged each other and ran to the whole campus to celebrate this moment. But, there was someone, who was sitting in the dark, and was the bestow of these two. They were called triplets of the campus. They were the Savior. But, Arohi and Alchem were busy in their celebration, and this boy was awarded with 5th Topper in the campus and with the best captain too. The news went viral, that Once again the triplets rocks. But, where was the third member? Silence was everywhere. Everyone was looking for his arrival.
Arohi and Alchem heard about this, and they were now overwhelmed with their performance. They knew where they will find their bestow, and they ran to the coffee shop, where they found their third member. Hey! You here? What you doing here? Everyone is searching for you, and your arrival is important for else in the hall, to grab the prize. Sure! I’ll be moving their in no time, and then they all moved to the hall. A loud cheer was everywhere for the triplets. Claps, souring and cheers were all the things found at the time of their arrival.
Rohit… Rohit… Rohit… was what the crowd snoring at. Rohit holding his Guitar and his old dairy in his hand went to the floor and received the award. He asked for the Mike, as he wanted to say something. He asked for silence and tune up with the guitar for the last time. The tune was “Hum rahe ya na rahe—Yaad aayenge wo pal”. The crowd joined him and they sang it together. He too narrated few words from his dairy which says: -
Friends, Love, Teachers and many fellow staffs. I knew it’s not the end here, but its end for me. I with my two besto and thousands of loving family are going to miss this 5yr’s of Journey a lot. The campus gave us many things. The campus gave me two star Arohi & Alchem who are going to remain in my heart for ever. I don’t knew that we will meet or not, but I’m going to be part of this for centuries.
Finally it was an end to their path. They came, they depart, but they gave us the essence of their memory which will remain deep in ones heart forever.

A House Of Emotions