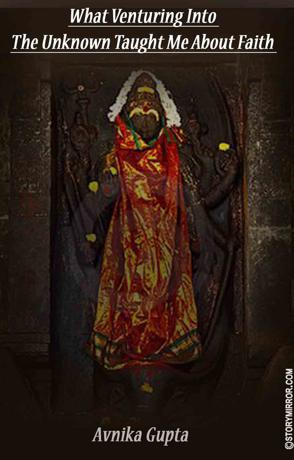 What Venturing Into The Unknown Taught Me About Faith
★★★★★ 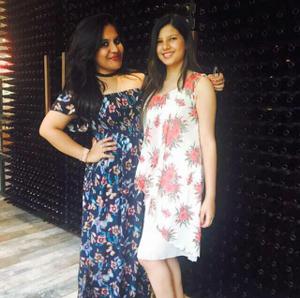 Life meant monotony, as I had given up on almost everything, including myself. On top of it, hearing my parents’ decision to visit Rajasthan, the dry-lands of India, was the last thing to spark off my excitement.

After an excruciating journey, we decided to spend the night at Bikaner and head towards Jaisalmer, Rajasthan, the next morning. My father, a man of a restless predisposition, was keen to unravel something memorable out of this, seemingly far from stimulating place.

One of the locals threw the words “The Rat Temple” into my father’s ears and he jumped at the prospect with the readiness of an opportunist. Intrigued by the stories in the air, we decided to find out the truth about the temple before visiting it. A local priest came to our rescue. It may sound like a nightmare from the New York City subway to some, but, in India’s small northwestern city of Deshnoke, this is a place of worship: Rajasthan's famous Karni Mata Temple.

Goddess Karni Mata, the goddess with mysterious healing powers, belonged to the Charan clan and was born on October 2nd, 1387 in Suwap, Rajasthan. Her real name was Ridhubhai. One day, her aunt was combing Ridhu Bai’s hair with one hand. Ridhu Bai asked her the reason for not using the other hand.

Her aunt told her the story of how her hand became disabled. Ridhu Bai took her defective hand in her own hand and said “Where is the defect, it is all right,” and, surprisingly, her hand got cured in a moment. Influenced by this miracle, her aunt there and then renamed Ridhu Bai as “KARNI” (Meaning that she will do something miraculous on earth).

Karni Mata, a mystic matriarch of the 14th century, is believed to be an incarnation of Goddess Durga – the goddess of power and victory. At some point during her life, the child of one of her clansmen died. She attempted to bring the child back to life, only to be told by Yama, the god of death, that he had already been reincarnated as a rat. Karni Mata cut a deal with Yama: From that point forward, all of her tribespeople would be reborn as rats until they could be born back into the clan. In Hinduism, death marks the end of one chapter and the beginning of a new one on the path to a soul’s eventual oneness with the universe. This cycle of transmigration is known as samsara and is precisely why Karni Mata’s rats are treated like royalty.

The Karni Mata Temple, located in the small town of Deshnoke (about 30 Kms from Bikaner), is also known as “Chuha Mandir” (the temple of Rats) and was created following her mysterious disappearance from her home. This temple is one of the strangest attractions in India, as rats, which are considered vermin in many cultures, are treated as sacred and given protection in the temple, locally known as “Kabbas.”

There are many uncanny facts about the temple; unexplained but true.
Although there are around 20,000 rats here, no one to this date has seen any baby rats, so the reproduction of these rats continues to be a mystery. The rats are fed enormously by devotees and yet all of them maintain the exact same size. Moreover, the number of rats has remained constant fact that is contrary to popular rat behaviour, which is to multiply rapidly. Another miracle is that rats do not run away from humans here. Rather, they climb on your shoulders and have milk offered by you, which is considered as blessings. If one kills a rat here, one needs to replace it with a gold or silver rat of the same size, shape, height and weight. The temple gates are always open and, yet, the rats never leave and always stay within the temple boundaries. When rats die, they usually produce a foul smell and this is a universal truth, however, when rats die here they do not produce any foul smell at all. When a rat dies, there will be a birth in her tribe.

This is beautifully timed. This is definitely a wonder. To this date, there have been no epidemics in Bikaner, in spite of having that many rats! It might seem strange that a rodent that is commonly associated with plague and other diseases is worshipped like a deity. Yet, the miraculous temple is running on the deep-rooted belief that people have in the deity, Karni Mata. But one definitely has to visit this temple, home to a kingdom of rats scampering all over its marble floor, to be able to believe it.

The facts were made up stories to our outright logical and only-what-you-can-explain-is-true city brains. This is not what you expect from a person who’s an atheist to the extent that she hasn’t even given enough thought to God to deem herself as one, but I’m going to tell you that there was an unintelligible feeling about the place. I could feel my body becoming lighter and lighter as I walked into the temple. Some people say I’m extremely psychic and intuitive so I thought this feeling was unique to me. Then, as we came closer, our legs hung as loose weights at the sight of around 20,000 rats running freely on the temple floor.

We stood there fixated, while my dad, the hero of the family, went and completed an entire chakra (circle) of the temple. Next, it was naturally my turn, as I had waged an unhealthy rebellion against myself since an early age. I was the, “Oh if you can do it then why can’t I?” kind of girl. I shuddered at the sight of a mosquito at home but I had to appear composed with the thought of innumerable rats moving all over me. “Hmm. Alright, I’m going to do this!”, “Ready?”, “Yes, I am!”, “Sure?”, “Yes idiot, of course!” I began talking to myself in my head. Being the end-moment backstabber that I was, I almost rejected the plan when the incomprehensible force surrounded me yet again and I felt an innate impulse to walk on. Before I knew it, I had completed an entire chakra of the rat temple. Six rats ran on top of my feet and one jumped on my hip. I even managed to see two white rats that are meant to bring super luck.

Just when I was assured of the uniqueness of my psychic abilities, I saw my mom moving towards me and dad. If you told me that there was life on the Sun, I would honestly consider it, but if you told me that my mother, a lady given to hysterics and an almost paralysing animal-phobia, was walking amidst rats at her own will, I’d make you see stars during the day straight away. Before we knew it, she completed an entire chakra as well. Everything was so strange that I struggled to keep standing without visibly shaking. When I asked my mom why and how she did it, she told me: “I just had to. I couldn’t stop myself from walking on. I still don’t know how or why, but it was meant to happen”. My father said something along similar lines without having heard my or my mom’s say on this.

After a while, we met a young fellow who everyone was gathering up to shake hands with. We followed the crowd and encircled him. We were told that he had been given to a fatal illness when he was 14. The doctors had given up on him and declared him dead. Then he was brought to this temple and was made to drink the same water that was offered by devotees to the temple rats. He came back to life instantly after having sips of the holy water, blessed by Karni Mata herself. Since that day, he has been living here and has devoted his life to Karni Mata’s service. Yes, call me absurd, but when I shook hands with him, I could feel his energy overflowing through me and instantly changing the frequency of my feelings. All of a sudden, I felt so powerful, like someone had just force-fed me bottles of Gatorade.

That night none of us spoke to each other back at our hotel, which was rare for our overly talkative family. It was as if each of us had found solace in our respective worlds. The trip to Rajasthan went by and I couldn’t remember any other sights or smells from the apparently beautiful place. The peace found within my own self was so overpowering that, for a while, the outside world didn’t matter. I learnt that our everlasting thirst for something more than what we have is futile.

If you want an extraordinary, character-building experience, this temple is the place for you.

Since that day, our family is still not into religion or into visiting temples, but whenever there’s a difficult situation in any one of our lives the words that come out of our mouths are, “Jai Karni Mata!”. It’s almost like our faith in her blessings has created an energy field encircling my family that ensures that there is a considerable distance between us and the evils of the cosmos.

Our religion teaches us to believe in and recognises our faith, and our faith may sometimes lead us to perhaps do things that are considered taboo by others. Yet, our faith, like the candle that ignites your house in the darkest hour, can be lit by coincidence, but will stay so for eternity. And, if you do feel this overwhelming, powerful, sense of faith in someone or something, do not ignore it, go against what you’re expected to do and choose to believe. For miracles are nothing but manifestations fuelled by the energies, hopes, and beliefs of the tireless human spirit.

What Venturing Into The Unknown Taught Me About Faith