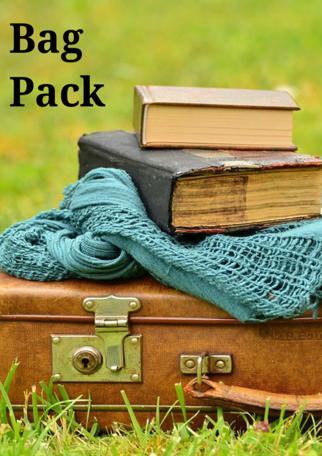 Its been more than a decade since Anuja and Praveen are married. They have settled in Mumbai and have a 10 year old son Aarav. All was going fine till last month when Praveen's father expired. So Praveen's mother shifted with them in the city. Being a simple lady, she felt difficult to understand the place. Her life got stuck in a small bedroom shared with Aarav. But she was happy.

Days passed and presence of mother in law for lifetime, really pinched Anuja. She started fighting on every small thing with Praveen.

Every night she would nag about small home, many people, work load and so on.

She was living her life the way she like but now she started feeling uncomfortable with mother in law presence.

Praveen ignored the fight, and was happy as his mother was with him.

Here Anuja getting more frustated gave a choice to Praveen. He could have son and wife or his mother. Initially praveen took this lightly but Anuja has made the mind. She would complain about lifestyle of mom in law, her snoring would disturb Aarav. Her getting up early and noise addition and so on.

Praveen has to take a step now. Anuja would keep forwarding old age home contacts to Praveen. Finally Praveen walked in mothers room and asked her about health and so on.

Mother understood the unspoken words and asked Praveen to talk openly to her.

Praveen told everything and wanted to cry.

She told that, she would be happy to be a part of old age home, she would get new same age friends, and Praveen could visit her anytime.

Saying this she asked Praveen to sleep peacefully and take care.  She would do all her packing by tomorrow and they can depart soon.

Whole night Praveen kept on thinking about if he is doing a right thing or not.

Morning opened up, Praveen got ready early to drop mother.

Anuja was very happy today. While Anuja went in the room to wake up Aarav, she got surprised to see mom in law still sleeping. Next to her was one bag neatly packed all medicines inside a pouch. Slippers placed in a corner and it seems mom has packed all and was ready to leave.

While Praveen walked inside to wake up maa, he was shaken to find, maa dead. Under her pillow a letter was kept folded.

It says, "beta, one or the other day I had to die, after your father left, I lost the zeal to live. I had an amazing time in your home. Anuja is a nice lady, dont fight with her on small things. Aarav is a great child. But at times he feels lonely as you both are busy with office. Try to fix something for him.

Please dont blame anyone for my step. At my age living few more or less dosen't matter.

I would have easily gone to old age home, but i would not like people commenting you for this step, entire life.

I have not regrets while taking 5 days sleeping pills in one day. Yesterday I was happy to see that you could express you feelings to me.

Take care of your family and make Aarav a stronger person so that Anuja never faces something like what I did in old age.

Keep the letter as secret. As my death is not a mystery but only again process.

Praveen was broken in tears, and thought why he approached maa for old age.

Why he did not make a choice of maa, why he could not fix the matter in a better way.

Why he became a reason for his mother to die.

But all this makes no sense now.

Maa had already packed and left by herself.