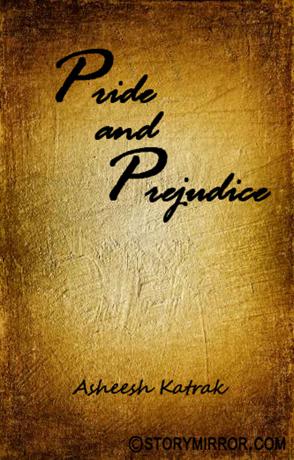 Years back, when I started working, we had our first really big outdoor event at the NCPA. The German philharmonic was playing and we were in charge of catering for them. I was one of of the people making grill sausages. We were about to wind up when two Maharashtrian women came to the counter dressed in simple cotton saree with some flowers in their hair. I thought how out of place both these women were. I wondered what were they doing here. I was amused by their conversation about "Kande kiti mag zale" and "Kai changli bhaji nahi bazar Madhe". They came up to me and asked me for some sausages. One took the pork sausages and told her friend, "Try kar mast ahe". Just then a really huge man approached them, seeing him I knew what big foot must have been like. He looked at both of them and all at once all three of them started a conversation in fluent German, I was aghast at how well those two women spoke the language. In reality I was ashamed at my self for how quick I was to judge them, how they belonged there more than any one else, about how disrespectful I was for commenting on their attire.

I learnt a very harsh lesson that day. I learned that I was a very shallow human being who judged people by the way they spoke and the way they dressed .

But we seldom remember lessons that life teaches us.

They say love is blind. It is also said that the meeting of two minds is really important in life, but when in love, you are blind. So, blindly I started liking a colleague of mine who I would have chai with almost every night just before leaving for home. He was so handsome and funny, and conversations with him were so easy and so mundane. Somehow, one evening in conversation with him, I mentioned how I have a huge Electra complex. He looked at me and said what finding a life partner has to do with electricity. Oh, how the illusion shattered!

I forgot that the main criteria for me was the man's intelligence. I thought just because he looked good and presented himself well, he is smart. He wasn't.

We, as humans, do this on a daily basis. If something looks good then it must be good, and if something does not appeal to optical senses then it must be sub-standard or bad. We do this with material things and, most of the time, even with people. We are consumed with thought of people and if they possess the right height, or weight of right colour, and right race. We seldom think if the person has the right heart or the right head.

A big part of me was in conflict for thinking that just because someone is smart that doesn't necessarily mean that he is a nice person.

I wondered if my pride was making me prejudiced or were my prejudices   making me too proud. Where was my sense and sensibility, probably left them at Mansfield Park.